Dancing away the disease 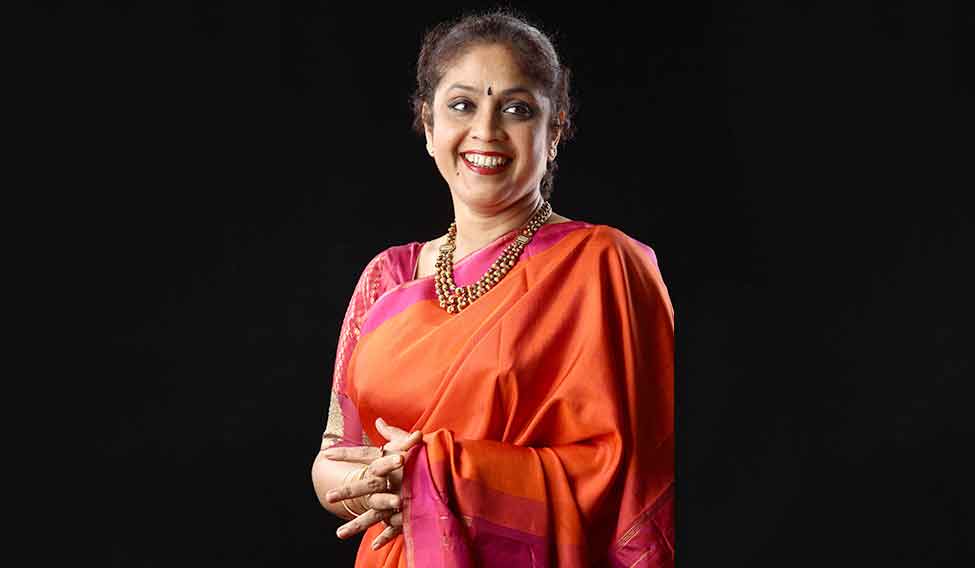 Ananda Shankar Jayant’s lifelong love for dance began at the age of four while visiting the Subrahmanya Swamy temple in Secunderabad. At the temple, her mother's acquaintance remarked that little Ananda had big, beautiful eyes and, therefore, should be trained in dancing. Thus began her journey in mudras and music. Ananda's initial training was in Hyderabad and later, at the age of eleven, she joined Rukmini Devi Arundale’s Kalakshetra in Chennai. In her six years there, she learnt bharatnatyam, choreography, Carnatic music, philosophy and the veena. Next, she trained in kuchipudi under Pasumarthy Ramalinga Shastry.

Even as Ananda was pursuing her passion, she continued her studies and later joined the Indian Railway Traffic Service. But the 54-year-old never gave up her passion for her career, spanning 27 years, balancing teaching, choreography, travels for performances with her work responsibilities. She has various accolades to her name, including the Padma Shri in 2007 and the Sangeet Natak Akademi Award in 2010. Her life had its own steady movement, much like her performances, one graceful gesture blending into another. But a year after she was awarded the Padma Shri, her life missed a beat and lost its rhythm—she was diagnosed with breast cancer in July 2008.

After finding a lump in her left breast, Ananda went for a mammogram and soon headed to the US for work. When she returned, her husband, Jayant, met her at the Mumbai airport and told her that the doctors had found a malignancy.

The ride back home to Hyderabad saw her go through a range of emotions. “I was upset. I felt angry and shocked, but my immediate worry was what would happen to my dance. I was curating a festival and asked my doctor whether I could do my breast cancer surgery later,” she says.

But when the tears dried up and the fears were quelled, her fighting spirit shone through. “Cancer is a mind game. I said to myself, 'I will not allow cancer to ride me. It is just one page of my life,'” she recalls. Instead of asking ‘why me?’, she decided to focus on dance. Her surgery was conducted within a week. Two days later while still in hospital, she was planning the details of her dance fest, finalising invitation designs and itinerary of the artistes. Once back home, she went back to her studio, conducting rehearsals and participated in the dance festival, which was held a few weeks after her surgery.

Cancer comes with melodrama and the trick is to stop yourself from falling into its clutches, says Ananda. “In India, families mollycoddle the patient and treat him like an invalid,” she says. “My husband was different. He said, 'Listen to your body and I am there to support you.' Once that happened, I was completely focused on my dance. Yes, I was miserable and I used to cry, but I would pull myself together.”

She also didn't try to hide her diagnosis from family and friends. “My mother-in-law said, 'You didn’t call so many people even after you got the Padma Shri.' I told people because I didn’t want them to come with long, weepy faces to meet me. I told them, 'If you have to cry, don’t do it in front of me.' When people saw I was not bothered by it, they kept my spirits up,” she says.

Ananda says she didn’t allow cancer to break her routine, and continued to dance even between chemotherapy cycles. “I stopped giving cancer the attention it begged,” she says. “It is a myth that the minute you have chemotherapy you lie flat on your bed and don’t do anything. I took a week off after each chemotherapy session and took care of my diet, did exercise, yoga and I was okay.”

Whenever cancer threatened to overpower her thoughts, Ananda went back to her mudras, poetry and metaphors of nritya. She especially focused on the metaphor of Durga. “I went deep into the myth. Durga was just 18 years [old] when the gods created her and invested their powers [in her] to ride into the battlefield and kill Mahishasura,” says Ananda, who would rather be called a cancer conqueror than a survivor. “I told myself, 'Look at her. Like she has 18 hands, I have my doctors, surgeons, radiation, my husband and my sister. I can ride into the battlefield and defeat cancer. Durga’s metaphor helped me tap into my inner strength.”

At first, Ananda used to wear a wig but she couldn't take the summer heat and gave it up. Her bald look made a bold statement, and the questions followed. Not one to shy away, she opened up about her experience. She has now become a cancer advocate, talking about her journey in public forums. “I talk about cancer as much as I can. Whatever learning I have, I share it with others. It is about giving succour to the family because they are as shattered as the patient. And when they see someone like me who is laughing and joking, they feel better,” says Ananda, who spoke at the TEDxGateway in Mumbai last year.

Ananda is in remission now. Her typical day starts with two-hour classes from 6.30am at Shankarananda Kalakshetra, where she is the artistic director. Then she goes to work, followed by dance classes in the evening. “Energy is a state of mind,” she says. “Since I love what I do, I don’t feel tired.”

Ananda says one must find their passion, which acts as a core strength during difficult times. “It helps having something to fall back on, be it knitting, gardening or stitching,” she says. “It acts as therapy and [becomes] a part of your healing.”