The Adi Parva of Mahabharat has the story of a father who exchanged his old age with the youth of his son. King Yayati, the father, loses his youth and becomes a decrepit old man because of a curse by sage Sukracharya. But the sage gives Yayati a concession: he could regain his youth if he finds somebody to exchange his old age with. Filled with insatiable thirst for sensual pleasures, Yayati demands his son Puru to offer his youthfulness.

The mythical story from the epic exemplifies that combating ageing and mortality has always been a concern of humankind. There is plenty of research going on in this field today, though some ethicists say these would result in a denial of the natural limits of human existence. Recently, a significant milestone in this field was achieved by scientists from the RIKEN Centre for Integrative Medical Science and Keio University of Medicine, Japan. They found that super-centenarians—people over the age of 110—have an excess of a type of immune cells called cytotoxic CD4 T cells. The finding could be a breakthrough in exploring the key to longevity. 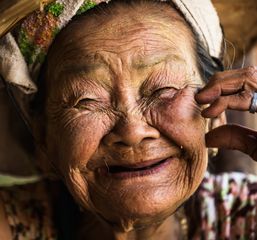 Super-centenarians are a rare group. In 2015, Japan had more than 61,000 people over 100, but just 146 over the age of 110. Studies have shown that most super-centenarians spend their entire life without any major ailment, which implies their immune system always remained active against all sorts of infections and tumours. However, medical science is yet to explore more about their immunological condition.

The Japanese researchers studied circulating immune cells from a group of super-centenarians (41,208 cells) and young controls (19,994 cells), respectively, as part of their study. They found that the number of T cells was approximately the same in both groups and the number of a subset of T cells had an increase in the super-centenarians. T-cells have a unique ability to acquire cytotoxic activity and directly kill cancer cells, cells that are virus-infected or cells that are damaged in other ways.

Normally T-cells with markers known as CD8 are the ones to show cytotoxic capabilities. Those with CD4 markers (known as helper cells) generally perform regulation of immune responses, and not cytotoxic functions. However, researchers found that CD4 cells in super-centenarians had acquired a cytotoxic status. Interestingly, the blood of young donors had relatively few cytotoxic CD4 cells. It suggests that increased and cytotoxic nature of CD4 is unique to super-centenarians. To understand how these special cells were produced, the researchers examined the blood cells of two super-centenarians in detail. They found that they had arisen from clonal expansion—a process in which many of the cells were the progeny of a single ancestor cell.

The research published in Proceedings of the National Academy of Sciences makes the conclusion that cytotoxic CD4 cells which are relatively uncommon in most individuals could be useful to fight established tumours, and also for immune-surveillance. Seems like the Mahabharat story is getting reversed: the super-centenarians may soon help the younger generations to stay healthy.