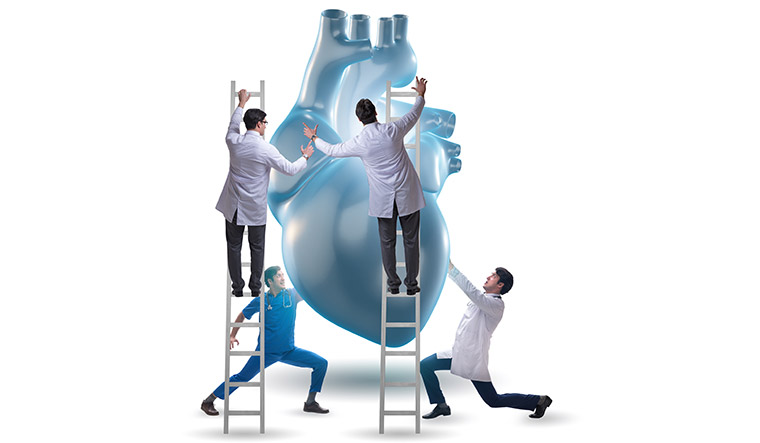 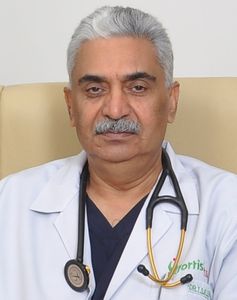 When Rima Singh, 46, went to her doctor complaining of heart palpitations, she was relieved to be told they were likely the result of too much caffeine and a high blood sugar level. Her relief did not last long. She suffered severe breathing problem with cough in the middle of the night—a sign of acute heart failure—and was rushed to emergency care. Doctors told her that a heart transplant was required for her condition.

Rima’s medical history revealed multiple co-morbidities, including history of a disorder causing inflammation in blood vessels and chronic inflammatory bowel disease. An MRI scan of her brain showed multiple old infarcts—an area of dead tissue resulting from the failure of blood supply. Considering her medical condition, doctors could not do a heart transplant. After detailed examination and ECG analysis, they suggested a heart failure device implantation—also called cardiac resynchronisation therapy defibrillator (CRT-D)—as a last resort. CRT, particularly CRT-D, has been shown to improve symptomatic status, decrease heart failure episodes and improve longevity in many scientific studies. CRT-D performs three functions: it works as a pacemaker; it improves the pumping capacity of the heart; and in case of serious rhythm problem or cardiac arrest, the device can give automatic electric shock to save the patient.

What is heart failure?

Heart damage occurs either because of blockages in the coronary arteries (called coronary artery disease) or chronic disease of the heart muscle (cardiomyopathy and myocarditis). Refractory heart failure is a term which is used for a condition where all kinds of medical therapy, bypass surgery, angioplasty and valve replacement have already been tried.

Refractory heart failure has become a massive problem globally. It has been estimated that almost 25 million people in the world have refractory heart failure. To prevent the occurrence of heart failure, we need to apply preventive medicine and control the risk factors for heart diseases. The control measures include quitting smoking, controlling hypertension and diabetes, reducing bad cholesterol and exercising regularly.

Suman Kukreja, 60, was taken to the doctor with a history of severe breathlessness and difficulty in walking. She was unable to sleep properly due to coughing. She also developed swelling in the feet and stomach. On examination, it was found that the pumping capacity of her heart had fallen to 25 per cent. Her ECG showed broad QRS complex—the main spike on an ECG line—in the form of left bundle branch block (LBBB). This is a delay or blockage of electrical impulse on the left side of the heart. The doctor immediately recommended CRT-D.

Working on the principle of a pacemaker, the therapy can help patients like Suman who have heart failure and LBBB. Depending on the risk assessment for dangerous arrhythmia (a condition in which the heart beats with an irregular or abnormal rhythm) and sudden cardiac death, a patient can be advised a simple CRT with a pacemaker or a CRT with a defibrillator.

CRT-D is implanted under local anaesthesia below the left collar bone in the subcutaneous tissue. Three wires from this device go into the heart: one into right upper chamber (atrium), the other two into lower chambers (left and right ventricles). The risk of severe complications during implantation is less than 1 per cent. There is no need of general anaesthesia or open chest surgery for implanting this device. It starts working immediately after implantation and improves the pumping capacity of the heart.

Patients with low pumping capacity of the heart are prone to a dangerous heart rhythm problem from lower chambers of the heart. The CRT-D has the capability to diagnose these malignant rhythm problems in practically six to eight seconds and offer apt treatment. Present day devices are MRI compatible and there is no restriction on getting MRI done in the future.

The average longevity of the battery of these devices is six to eight years. Lately, there have been further improvements in technology in the form of left ventricular lead with four electrical poles, which gives an option to programme the device. These are more efficient than the older devices with bipolar leads. Also, there is a possibility of stimulating the heart at multiple sites (multipoint pacing) with some of these devices, which gives additional benefits to the patients.

These devices can be checked from outside with a programmer via a band kept on the device site or with remote-control methodology. Remote control monitoring devices are small and can send detailed information to the cardiologist practically 24/7.

In a nutshell, awareness about heart failure needs to improve among doctors and the people. Primary care physicians should also educate themselves with the knowledge of these modern-day treatments for heart failure patients. In fact, if a patient who is suitable for CRT therapy is not referred in time, it should be considered negligence of duty.