Fibroids affect at least 40% of women in their reproductive years, but there's hope 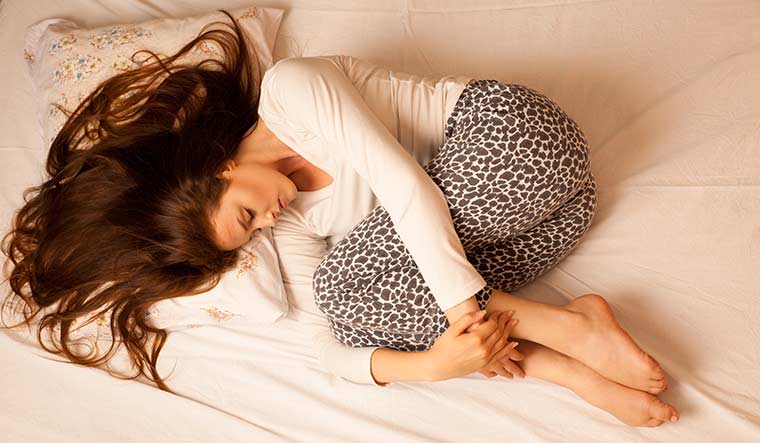 Fibroids are one of the more common maladies affecting women in their reproductive years. Doctors say that fibroids—the slow-growing, non-cancerous tumours of the uterine muscle—can be small or large, few or several in number, deep-seated, in the middle or outside the uterus wall. For most women, these benign tumours can lie dormant through their lives; for others, they can cause significant pain, discomfort and heavy bleeding, and require surgery, too.

“About 40 per cent of women have fibroids in their uterus. Some aren't even aware of their presence, and the fibroids get discovered only during routine checkups. Majority of them don't require treatment,” says Dr Ranjana Sharma, senior consultant gynaecologist, Indraprastha Apollo Hospitals, Delhi. The growth of these tumours is dependent on oestrogen and progesterone hormones and typically they start to shrink after menopause. Doctors say genetics plays a role in their growth and there isn't anything you can or cannot do to prevent them. “We are seeing a trend of girls hitting puberty earlier than usual. Now, they are getting their periods at nine or ten, which means that there is a longer period between attaining menarche and menopause,” says Dr Rishma Pai, consultant, gynaecology, Lilavati Hospital and Research Centre and Hinduja Healthcare, Mumbai.

For Renuka Nair, 51, the fibroid came as a shock. She says she had been “healthy” all her life, and her menstrual cycles had run like clockwork. In 2016, while undergoing an annual checkup as part of her husband's health care plan, she found out about the “four kilo” tumour growing inside her uterus.

“During the sonogram, the doctor said that I had a large fibroid, about 18.5cm, that had been growing inside of me this entire time,” recalls Nair, who works at a travel agency. “It was hard to believe since I had had no symptoms ever.” Besides a stray comment from a friend about her tummy looking “bigger than usual” in those days, she says she had no forewarning about the large mass inside her.

Pai, who treats several fibroid cases in a month, says these tumours can be asymptomatic for many patients. But for those who have symptoms, the suffering can be pretty serious. “Most women land up at the doctor's when they have heavy bleeding or menstrual pain, or have symptoms such as the fibroid creating pressure on the bladder,” she says. “It may also give them a feeling of heaviness. At times, the bleeding caused by the fibroid can be so bad that women end up feeling extremely weak, fatigued, and are unable to cope.” Many women also end up turning to the doctor if they have had trouble during pregnancy, or have had frequent miscarriages or repeated abortions, says Dr Suneeta Mittal, director and head, obstetrics and gynaecology, Fortis Memorial Research Institute, Gurugram. 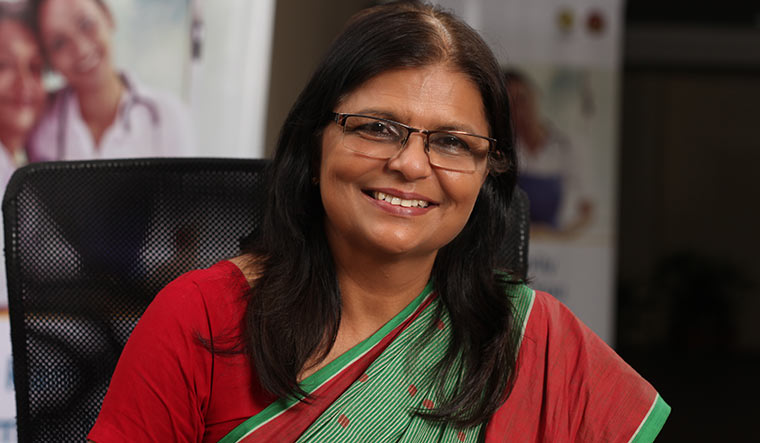 Treatment options for women suffering from fibroids usually depend on the woman's age, location of the fibroids, their size and numbers. In some cases, there have been 60-70 fibroids even, says Mittal. Doctors describe their size as ranging from that of a coin to that of a coconut or a watermelon.

One of the priorities for determining the treatment modality is whether the woman has “completed her family”. If the woman is in her 30s or early 40s, and may be considering having children in the future, removing the fibroid and saving the uterus would be the doctor's key concern. “We also need to map these fibroids to find out where they are located, how many of them are there and the severity of the woman's symptoms. Usually, it is the ones that lie inside the uterus that give rise to several symptoms,” says Pai.

Today, doctors say that options for treatment are many—using drugs or blocking the arterial blood supply of the uterus to shrink the tumours, an MRI-guided focused ultrasound that works by burning off the fibroids, and surgically removing the tumour, or, in some cases, the uterus as well. “Until three years ago, we didn't even have drugs to deal with the issue,” says Pai. “But now, drugs can shrink the fibroids, albeit temporarily, as fibroids tend to recur.” Drugs are also used as a temporary solution for those who are unfit for surgery, says Dr Sonia Naik, Max Hospital, Saket.

The other option is the procedure of uterine artery embolisation (UAE), which is performed by an interventional radiologist using a small needle hole. A flexible catheter is inserted and guided to the vessels supplying blood to the fibroid. Through the catheter, small particles that block the blood vessels and deprive the fibroid of nutrients are injected. This results in shrinkage of the fibroid. “The UAE procedure may, however, affect the ovarian reserve, and trigger symptoms of early menopause,” says Mittal.

The downside of the procedure is also that blocking the blood supply of a fibroid will render it dead. “The dead tissue inside the body might take time to get absorbed. The patient can get high fever, and would need to be counselled on these aspects. Also, for those who are trying for pregnancy, we wouldn't recommend this,” says Sharma.

A more recent procedure is the MRI-guided high intensity focused ultrasound procedure, which delivers a series of targeted ultrasonic pulses or sonications to treat the fibroids. “The heat burns the fibroids, and since the ultrasonic pulses are targeted, the healthy tissue is not harmed,” says Pai. The heat generated by the high-intensity focused ultrasound, says Sharma, will melt up to 40-50 per cent of the tumour. “A 10cm tumour would be reduced to 5-6cm, but it would still be present in the body. If reduction in size of the fibroid relieves the patient's symptoms, then it can be a very attractive minimally invasive treatment,” she says.

However, not everyone is an ideal candidate for that treatment. “The eligible patient would have a tumour that is not too big in size, and its position must be accessible for the beam to act on it and there should be no bowel in the way,” says Sharma. “Besides, one needs to be cautious if the patient intends to be pregnant in the future, though there have been successful pregnancies after the procedure.” The procedure was launched at the Apollo hospital in 2012, but has been discontinued because of the mismatch between the high cost of the machine and the patient load.

In case of a submucosal fibroid though, surgery is the only option. Nair says she was first advised open surgery, but was “apprehensive” about it. “I felt more comfortable with a laparoscopic surgery,” she says. Her uterus had to be removed because the fibroid was “too large”. “My daughter is now 21. Not having a uterus and ovaries were not something that bothered me,” she says. “My ovaries were removed because my mother is a breast cancer survivor. After the procedure, many women are given hormone replacement therapy. But in my case, since I had an active lifestyle, I wasn't given one.”

At times though, the removal of the uterus can result in a dilemma—some women might equate the uterus with “femininity” or “womanhood”, say doctors. “That is a myth, and people ought to know that the uterus has no role in producing hormones. It is the ovaries that produce the [sex] hormones,” says Naik.

For Nair, the hysterectomy “hasn't changed a thing”. “I am still as active,” she says. “In my mother's case, post hysterectomy, she got diabetes. But I haven't had any issues yet.”