Immunotherapy offers hope to patients and an opportunity for oncologists 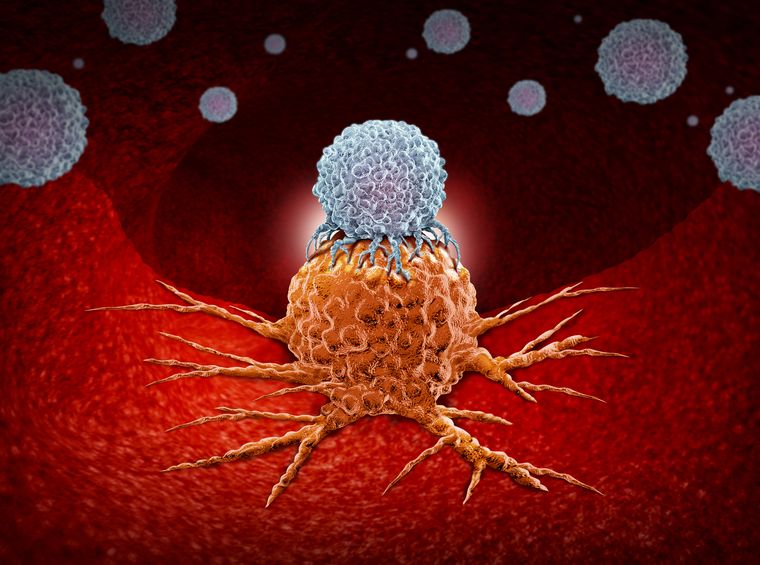 The first time, it didn't seem so bad. Joaquin Fernandes's right leg had had a small blister, and like anyone else, he dismissed it as a corn, something that would disappear on its own. In the next few days, though, Fernandes noticed that the blister had begun to turn blackish and decided to see a doctor.

Doctors in his city—the Goa-born civil engineer has been working with a construction company in Dubai for three decades now—advised biopsy. “The results showed traces of cancer. Doctors told me to go to India to get treatment,” he recalls.

That was 2015, and predictably, the news of melanoma came as a big shock. “When it comes to cancer, we just don't know anything. What to do, where to go... what will happen now,” Fernandes tells me over the phone from Dubai.

But he figured he had no time to waste, and headed straight to Mumbai, a city where he has family, and a home, too. At first, Fernandes, 60, consulted a doctor at a Mumbai hospital, and was told that the cancerous cells would be removed via a surgical procedure. This would prevent the cancer from spreading.

After the procedure, Fernandes felt better and flew back to Dubai. But, true to its confounding ways, the cancer struck back.

A few months later, Fernandes had pain in his groin. He came back to Mumbai, and this time, the news hit him harder. “The scans revealed that the cancer had spread to the rest of the body,” he says. And the doctor at the Mumbai hospital had an even more shocking prescription for him. “He told me they were going to cut up my entire body and remove the cancer cells manually. I was shocked to imagine myself in that state, to allow myself to be in a slaughterhouse.”

Fernandes had been doing his own research on the internet and had read about immunotherapy—the buzzword in cancer treatment. “People think if you have cancer, it's the end. It's not! So I asked the doctor about immunotherapy. I was told it was not possible in India,” he says.

Not one to give up hope, Fernandes asked around—many even told him about quacks who did such procedures—and was directed to the famed Tata Memorial Hospital. Here, Fernandes met Dr Jyoti Bajpai, medical oncologist, who told him that the treatment was possible. “He had recurrent metastatic melanoma, meaning that the cancer had now spread in the body, and was in its advanced stage,” says Bajpai. “Before immunotherapy came in, melanoma was a death sentence of sorts. Patients would not survive for long.” 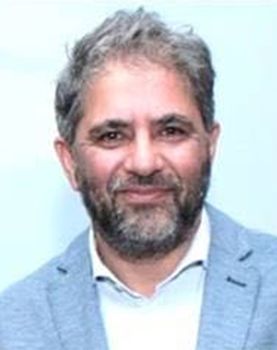 Like several oncologists around the world, Bajpai is also excited about immunotherapy. The principle on which it works is simple—in an ideal world, our immune system would fight cancer cells, just like it recognises other “foreign” invader cells and kills them.

In cancer, however, something else happens in the body. The cancer cells trick, even weaken the immune system's army of soldiers, especially T-cells, and continue their rampage. Immunotherapy strengthens this army by several means and allows it to kill the cancer cells.

The immune system recognises foreign cells via “checkpoints”—molecules on certain immune cells that are activated (or inactivated) to start an immune response.

One of these checkpoints is a protein called PD 1 (programmed death) on the T-cells. According to the American Cancer Society, PD 1 acts as a type of “off switch” that helps keep the T-cells from attacking other cells. It does this by attaching to PD-L1, a protein on some normal as well as cancer cells. When PD-1 binds to PD-L1, it tells the T-cells to leave the other cells alone.

Some cancer cells have large amounts of PD-L1, which helps them evade an immune attack. Monoclonal antibodies that target PD 1 or PD-L1, or CLTA-4 (a protein receptor), can block this binding, and let the immune cells attack the cancer cells.

For Fernandes, the answer lay in two drugs—ipilimumab, which was the first to extend advanced melanoma patient survival, and nivolumab (sold as Opdivo). These “checkpoint inhibitors” have proven to be extremely successful for advanced stage melanoma.

For about six months, Fernandes would fly down to Mumbai every three weeks, and get himself injected with these. “His scans started showing positive results after a few doses,” says Bajpai, professor at the Tata Memorial Hospital. “Now, he is in remission. We will be monitoring him for several years. The first two years are critical as that's when the disease might come back.”

Immunotherapy, she says, has been approved for nine types of cancer now. It has been found to be effective in melanoma; in lung, bladder, head and neck cancers, it's role has been defined; in sarcomas, ovaries and breast cancer, it is still in early stages of trials. 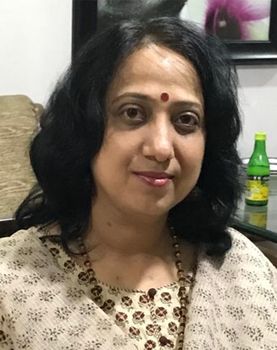 Several oncologists that we spoke to described this mechanism as “exciting”, “revolutionary” and even as a “paradigm shift” in cancer treatment. And that, too, at an advanced stage, where conventional therapies have failed.

“When it comes to cancers that are more aggressive, in late stages, and in solid tumours such as lung cancer, oesophageal cancer, liver and brain, we have reached a plateau in cancer treatments,” says Dr Rakesh Jalali, medical director, Apollo Proton Cancer Centre, Chennai. “In the last five to ten years, however, immunotherapy has ushered in a new revolution.”

For those who don’t have an option, for whom all conventional treatments have failed, immunotherapy is a “real breakthrough” treatment.

The idea itself, says Jalali, is not really novel. For centuries, it has been known that a strong immune system can fight off cancer, and scientists have been trying to harness the immune system to do so.

Lately, they have had some success, especially with checkpoint inhibitors that were approved in 2011 and, more recently, with the chimeric antigen receptor (CAR) T-cell therapy. Last year, the US Food and Drug Administration approved two CAR T-cell therapies, one for the treatment of children with acute lymphoblastic leukaemia, and other for adults with advanced lymphomas. The therapy, used in blood cancers, requires drawing blood from patients and separating out the T-cells. Then, using a disarmed virus, the T-cells are genetically engineered to produce receptors on their surface called chimeric antigen receptors. These receptors allow the T-cells to recognise and attach to a specific protein, or antigen, on tumour cells. Once reengineered, these cells are multiplied in the lab, and planted into the patient's body, where they multiply further and kill cancer cells by recognising them through their receptors.

In India, checkpoint inhibitor therapy has made its way in the last two years, and CAR T-cell therapy research is still in its early days. “Unlike chemotherapy, where we attack the cancer cells with drugs, and work on the maximum tolerance limit of the body, in immunotherapy we are simply bolstering the immune system to fight cancer,” says Dr Gaurav Narula, professor, paediatric oncology and convener, Pediatric Hemato-lymphoid Group at Tata Memorial Centre, Mumbai, who has been working on the CAR T-cell therapy in India, along with his partner in IIT Bombay. Globally, the therapy has found some success in about 15 per cent of blood cancers that do not respond to chemotherapy.

The advantage of immunotherapy against conventional treatments lies in its reduced toxicity, says Dr Vinod Raina, head of department and director of medical oncology and haematology, Fortis Memorial Research Institute, Gurugram. “The side effects are not the classical ones such as hair loss and a drop in white blood cells. However, some immunotherapy drugs may show side effects such as colitis and hepatitis,” he says.

For Fernandes, however, things went rather smoothly. He did, of course, experience fatigue, and some skin rashes, but not the more serious side effects. “I was really lucky, because the drugs cured my diabetes, and even my shortsightedness,” he says.

The cost, however, is a big challenge in immunotherapy. “There are no generic drugs, so these drugs used in the treatment are expensive,” says Raina. “In lung cancer, the cost is a bit less, because the Indian government controls the price. It's, in fact, cheaper than in the US. But not so for those used in other cancers.” The cost of lung cancer treatment would be up to Rs 1 lakh, every 15 days, he says. And the treatment could last up to six months.

In India, says Raina, the cost factor becomes even more important because head and neck cancers are common among the poor, for whom this therapy is out of bounds.

For Fernandes, the cost was even higher because, in 2015, the drugs were being imported from the US. “The treatment cost me Rs 50 lakh,” he says. “Add another Rs 50 lakh for hospital stay, tests, travel, and other personal expenses. I was lucky that my company covered all my costs.”

Bajpai says more trials in India could help because, in Indian patients, shorter doses work, and costs can hence be brought down. Besides the cost, oncologists caution that the hype around immunotherapy might not be worth it. “It's a mixed bag. All of the checkpoint inhibitor drugs don't work, and some drugs are actually quite useless,” says Raina.

For all the buzz around it, only 40 per cent of the patients will respond to this treatment, says Jalali. “It's not a magic wand,” he says. The complications can wreck havoc inside the system, and you also need a different criteria, instead of the standard scans, to judge whether the cancer has gone away, he says.

“It's definitely not a panacea for all kinds of cancers,” says Narula. In practice, immunotherapy, particularly CAR T-cell therapy, could pose several challenges. “It is after all a living drug inside your body, and sometimes it could attack normal cells, too,” says Narula. The re-engineered T-cells could release a large amount of cytokines (chemical messengers that help to stimulate and direct the immune response), triggering high fever and a drop in blood pressure. Besides, they could also attack the B cells that produce antibodies. But both these side effects are being managed.

“Still, it is not easy. Once you take out the T-cells and re-engineer them, you also need to keep the patient alive for those two to three weeks when the cells are being worked on in the laboratory,” says Narula.

The opportunity in immunotherapy is immense, though, says Jalali. “We need to collaborate with the global community, and be intellectually honest about the results of the trials,” he says.

Even as doctors monitor Fernandes every three months, the ways in which his body has responded offers hope to several cancer patients. “Cancer is not the end, people must know that. You need to have the courage, though, to try something new, too,” says Fernandes.