Light, in the tunnel 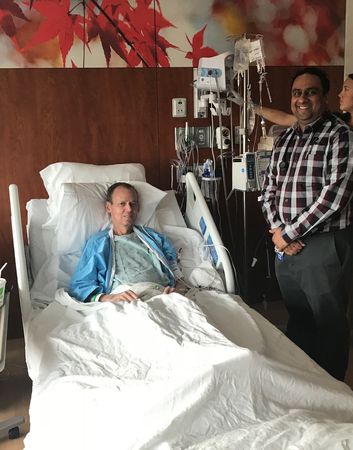 First Survivor: Bret C., who won the battle against lymphoma with Dr N. Shah, assistant professor of medicine in the division of hematology and oncology at the Froedtert & MCW Clinical Cancer Center, Wisconsin.

Bret C., 52, of Appleton, Wisconsin, was diagnosed with mantle cell lymphoma, a cancer of the immune system, in 2011. In spite of chemotherapy, stem cell transplants and medications, his stubborn cancer would not budge. So when Bret came to know about a clinical trial option for a new treatment in 2017, he thought it was the best bet to extend his life. It was in late October 2017 that he became the first human to receive a new double-targeted chimeric antigen receptor (CAR) T-cell treatment at the Medical College of Wisconsin. Four weeks later, his cancer was no longer detectable.

The first CAR-T therapy with just a single target was developed by a University of Pennsylvania team led by Carl June in 2012. The treatment involved tweaking a person's T cells (darts) to target a cancer protein called CD19, or the yellow balloons. However, some patients with lymphoma and leukemia do not have CD19 on their cells, while some lose them halfway through the treatment. It is as if there were just a few or no yellow balloons. Without the yellow balloons, the darts had nothing to aim at and the CAR-T therapy met with a roadblock.

So now the scientists had to think of targeting more balloons than just the yellow ones. They now had to target the green balloons too, in addition to the yellow. The darts would have to be tweaked in such a way that it can attach itself to both the yellow and the green balloons, to increase the chances of collapsing the board. In cellular terms, the dual targets would be two proteins, the CD 19 plus another one.

The team of physicians and researchers of the Medical College of Wisconsin, Froedtert Hospital, Children's Hospital of Wisconsin, and BloodCenter of Wisconsin including Zhu F., Shah N., Xu H., Schneider D., Orentas R., Dropulic B., Hari P., and Keever-Taylor made this a reality.

They developed a new therapy targeting two proteins CD19 and CD20. And, Bret was the first patient to participate in the first clinical trial for a novel dual-targeted CAR-T therapy. The cancer had to bow out.

DR PARAMESWARAN HARI, chief of oncology at the Medical College of Wisconsin, talked about their phenomenal work: 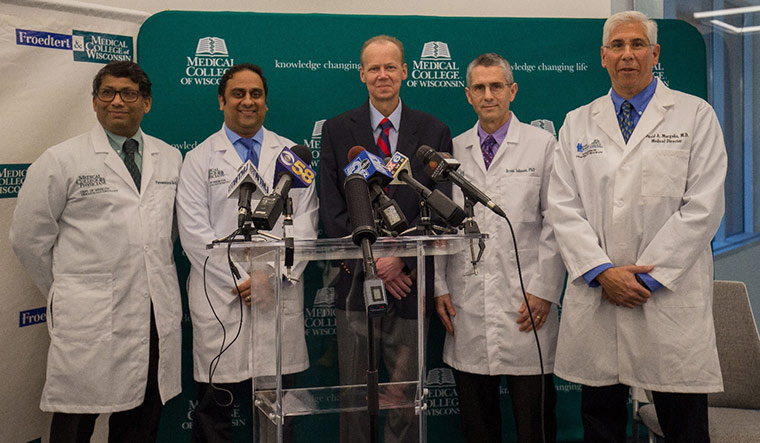 The promise of treating cancer with activated T cells are huge. How much is hype and how much can we hope?

Many of us believe this is the beginning of a huge wave of new therapies.

How long would it take to transfer the CAR-T research results from the lab to the patients?

Two CAR-T products have been approved. Generally from small trials to FDA approval, it takes four to six years.

Can you explain how the new therapy works and what is novel about the method of manufacture?

Our CAR-T cell is genetically engineered or programmed to recognise and attack cells bearing one or both of two proteins, CD19 and CD20. The commercial CAR-T cells so far only target CD19. Our CAR-T cell will hopefully work even when CD19 is not there or is lost.

The method of manufacturing is unique and novel. We make it locally at our cancer centre in a desktop machine and there is no transportation of cells. The CliniMACS Prodigy device collects the patient's own T cells and augments them with cancer-fighting genes, producing new cells ready to be infused back into the bloodstream within 14 days. It saves a lot of time for the patient.

Companies and universities are racing to develop these new therapies that turn the patient's own immune cells into cancer killers. How expensive will the new treatment be? 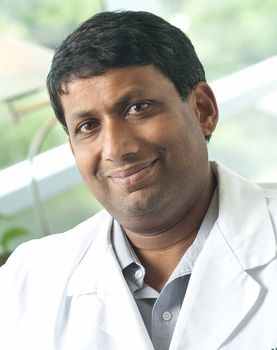 The reasons for exorbitant prices for any new cancer therapy is because commercial development is expensive and the companies that bear this initial expense want to make profits from their innovation. So under the current system of drug development I cannot see costs coming down except if institutions develop their own programmes for locally made CAR-T cells. Our method is exceptionally cost effective compared to the commercial CAR-T therapy approved in the US at a cost of $385,000 to $485,000 per treatment.

With the CliniMACS Prodigy device, the entire process is performed in a laboratory on the Froedtert & MCW academic medical center campus, saving precious time for the patient.

Does this new trend in cancer treatment, which trains the patient’s own immune cells to kill the cancer, mean the age of chemotherapy and radiation is almost over?

Not yet. We will still be using radiation/ surgery and chemotherapy; a significant number of cancers are cured with those right now. Immunotherapy and cellular immunotherapy such as CAR-T cells will transform cancer treatment in a big way going forward.

There has been several setbacks during human trials. Would providing arms to our own immune cells cause any unexpected side effects?

Yes, this is important. We can expect, and we see, immunotherapy associated toxicity including autoimmunity against normal cells. Also, CAR-T cells can cause a variety of toxicities including something called cytokine release syndrome that needs expert management.

How different is the CAR-T treatment different from the vaccines developed at Stanford?

They are two very different techniques. Think of sending guns to freedom fighters (vaccine) versus sending troops to fight their war (CAR-T). Vaccines in general use proteins or cell fragments to stimulate a sustained immune response. We use live cells to induce tumour killing. CAR-T is not a vaccine in that it involves giving living cells; not trying to stimulate preexisting immunity. We do work on vaccines, too, with clinical trials for diseases such as myeloma.

THE CAR-T (chimeric antigen receptor T-cells) treatment came into limelight with a five-year-old girl, Emily Whitehead, who was diagnosed with acute lymphoblastic leukemia. After two rounds of chemotherapy, Emily developed a bacterial infection that would eat away the flesh on her legs. She barely managed to avoid amputation. But, she had a relapse and was advised bone marrow transplantation. She went in for a third round of chemotherapy which got her three weeks of life, but no cure. That was when the University of Pennsylvania was going in for the human trials of a new therapy called CAR-T therapy (anti-CD19 to be specific), which modified the patient's T cells genetically to kill tumour cells. Emily's parents enrolled her. This was in 2011, and by 2013 December, she was free of the disease. Now Emily is a happy, healthy teenager.

Her survival injected new life into a line of treatment that was very near failure. Carl June, who lost his wife to ovarian cancer, developed the CAR-T at the Penn University. While June was working hard, it was Barbara and Edward Netter who helped June with the finances.They had lost their daughter-in-law to cancer, too. This tragedy got them to start the Alliance for Cancer Gene Therapy (ACGT), hoping to develop alternative approaches. The one million dollars contributed by ACGT was enough to carry forward the initial studies. There were more downs to June's research than ups, and he would have given up if not for Emily's recovery. By August 2017, FDA approved the first CAR-T therapy, with Novartis's tisagenlecleucel hitting the market for patients up to 25 years of age. As much as 83 per cent of children who received the treatment in phase II trial had complete elimination of malignant cells in three months.

The first ever CAR T-cells were developed by the Israeli immunologist Zelig Eshhar in 1993. It has since then undergone a lot of evolution. Now, as many as 40 pharma companies, some in collaboration with academic institutions, are on a race to find CAR-T treatment for different types of cancer. Gilead has completed almost all formalities to acquire Kite Pharma for $11.9 billion, whose CAR-T technology, initially developed at the National Institutes of Health (NIH), was found to be effective against a certain type of non-Hodgkin’s lymphoma. The pharma companies believe that CAR-T will soon be effective against solid tumours too.