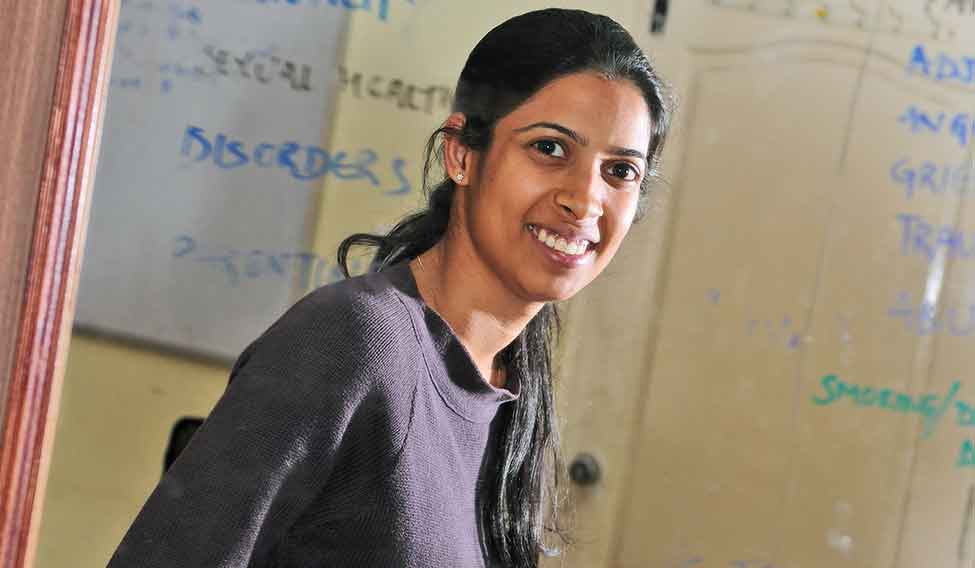 The memory of that day still haunts Richa Singh. In 2008, when she was a student at IIT Guwahati, one of her hostel mates committed suicide. They used to meet every day and often shared meals. The death was especially shocking as she had never shown any signs of depression. “She appeared to be perfectly normal,” says Singh, co-founder of YourDOST, a Bengaluru-based startup that provides online counselling to promote mental health. “Later on, it was found that she was under pressure. She was unable to cope with the heavy syllabus and wondered whether her low scores would get her a decent placement. That incident just changed the way I used to think about life and the way things can suddenly turn around.”

Singh says suicides are common in IITs because, though students pass the exams, they just cannot cope with the high-pressure atmosphere of the premier institutes. “Many of them crack under pressure and take this extreme step,” she says. “While I was a student there, I also felt the pressure. Most of the students who qualify for the IITs have been toppers in their schools. But, when all the toppers are put in one class, there has to be a first and a tenth ranker. Many students just cannot digest this fact.”

At YourDOST, people seeking support are connected to the right experts—psychologists, psychotherapists, counsellors, life coaches and career guides—who help them through free and anonymous online chats. Anyone, from a student to a senior citizen, can easily log in to the website and start chatting with an expert. It might help even schoolchildren who face a lot of stress. In fact, while taking IIT coaching classes in Kota, Rajasthan, Singh came across students who had been forced by their parents to prepare for the entrance exam. “There was focus on studies, studies and more studies,” she says. “One of my friends felt very low at times. His parents had put a lot of pressure on him. There was hardly anyone he could approach, anyone who would listen to him and solve his problems. He failed the test and, even after a decade, he still has not fully come out of that low phase in his life.”

Before starting YourDOST, Singh worked in several organisations, including a startup called Webfluence, where she learned about the startup culture. In 2015, she started YourDOST, but was soon joined by long-time acquaintances Puneet Manuja and Prakhar Verma, who left their jobs to help her. “The greatest challenge for me was that I was from a hardcore technical background and I did not have any expertise in psychology or counselling,” says Singh. “However, I kept trying and was able to get good experts from different fields, apart from psychology, to counsel and guide people who were trying to cope with difficulties in life.”

Raising money for YourDOST was initially a challenge. It was an unusual startup and Singh couldn't prove its success through numbers. But, after putting in their own money and waiting for a while, the founders started getting seed funding from prominent investors, including Phanindra Sama, founder of RedBus, the popular bus-ticket booking app. Today, YourDOST has roped in more than 200 experts from different fields who guide and counsel people on the website. But, before they begin, counsellors and experts are tested on their expertise and ability.

The website operates round the clock, and the experts are available at different times. It has motivational literature and provides counselling in several Indian languages. Currently, the user can only chat with the expert, but the company plans to introduce telephonic conversations, at about Rs.400 for a 45-minute session.

“Till date I have got about Rs.2.5 crore as funding,” says Singh. “Initially, the returns don't matter; it is about bringing about a change in people's lives. When I get feedback from people about how they have benefited from us, I get a sense of satisfaction. Currently, there are about 350 conversations going on every day.”

Some of these conversations, however, are special. “There was a 25-year-old lady who lost her husband in a road accident soon after marriage,” says Singh. “After that, she was not accepted by her in-laws. She went into depression. But, after the chat sessions, she started her own tailoring work. There was also an auto-rickshaw driver's wife who felt her husband was having an extramarital affair. She chatted with one of the experts, in Kannada, and was able to overcome the problem.”

Like the users of her website, Singh has also faced a lot of pressure, be it during her IIT years or while running a startup. She was active in sports while growing up in Bhopal and excelled in swimming and table tennis. But, because of her busy work schedule, she could not pursue sports full time. “Ever since our platform began, we have observed that relationships, career management, work-life balance and academic pressure are some of the prime areas of concern,” she says. And, through YourDOST, Singh promises a solution to all of these.

A goof-up
I feel I should have started my company long ago, perhaps in 2010, or immediately after graduating from IIT Guwahati

On speed-dial
I call a lot of counsellors, wellbeing experts and psychologists

First office
In a flat in 4th block, Koramangala in Bengaluru

Top on to-do list
I just want to reach out to more people and make our platform popular. I want to spread the message that mental wellbeing is as important as physical wellbeing