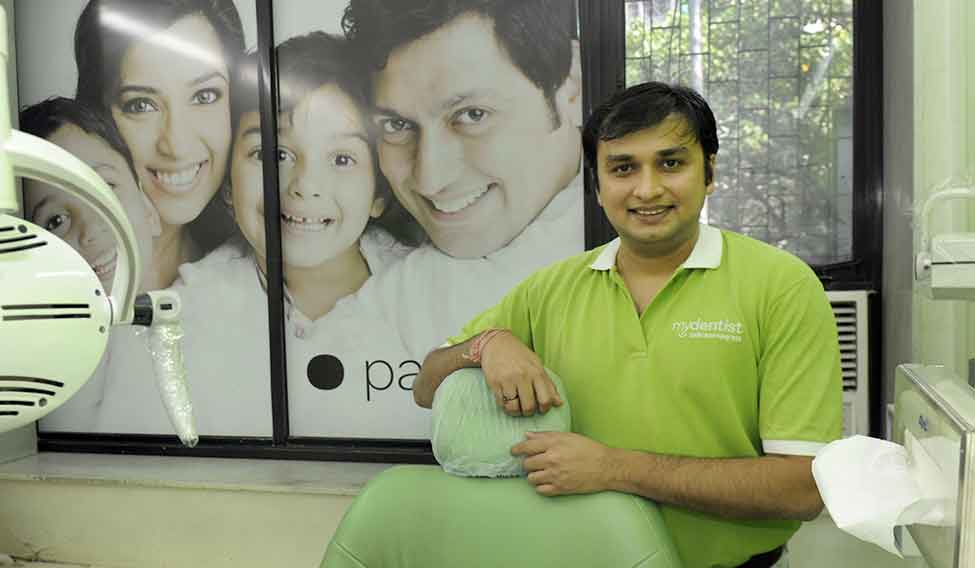 The 111 dental clinics of Mydentist focus on affordability, accessibility and availability

Vikram Vora was a salesman of dental products before he launched a startup. He realised that most of the patients had two hidden worries: whether the dentist was overcharging them and whether they needed the procedure at all. That’s when he decided to start a different type of dental company. “The idea was to provide a platform where there would be transparency in the pricing and the customer would know what procedure he was getting, why he needed it and what were the choices,” says Vora, 36, co-founder and CEO of Mydentist. Today, Mydentist is spread across six cities in India, has 111 clinics and treats over 30,000 patients a month.

Vikram and his brother Parth Vora started their first clinic in Vile Parle in 2009. It was called Total Dental Care and the focus was on patient satisfaction. The clinic gave the patients an estimate of the total cost well in advance and they had the option of paying in monthly installments. The brothers started two more clinics in early 2010.

Starting the business was extremely difficult. “I had taken a loan of Rs 50 lakh from the bank and mortgaged everything I owned,” says Vora. “I also borrowed money from everyone I knew.” When he could, he took advantage of the loopholes in the system. He applied for personal loans from five different banks on the same day. As there was no credit history, the loan had a good chance of being sanctioned. This was six years ago before the onset of the startup culture and million dollar investments in unknown companies were unheard of. Money was lean and it was on personal risk that one started a business. “We were always aware of the costs and worried about how to pay the salaries of the employees every month,” says Vora.

Anand Lunia, Vora’s ex-boss at Lionbridge, a company that provides translation and localisation services, was part of Seedfund, an early stage venture capital fund. When Lunia told him that the clinics idea was scalable Vora thought of expanding the business. After a simple business presentation, he was invited to be part of Seedfund’s incubator. In December 2010, the Vora brothers got an initial sum of Rs 1 crore, which they used to rebrand Total Dental Care as Mydentist. With R. Shiram of Crossword as their adviser and Lemon Design as their brand agency, they scaled up into a dental company and opened six clinics. In 2013 and 2015, they got an investment of Rs 50 crore each from Asian Healthcare Fund, Seedfund and the LGT group. Since then, Mydentist has opened six clinics across the country every month.

Vora says the core values of Mydentist are affordability, accessibility and availability. Without intending to, Mydentist has been catering to the dental needs of lower income groups in the country. While providing quality care, it offers highly affordable rates for most dental procedures compared to other dental clinics as it has tied up with various dental material manufacturers like 3M and Nobel Biocare. A root canal costs just Rs 1,000 and a filling costs Rs 500 across all clinics. It has also tied up with Bajaj Finserv to offer financial assistance to the customers and Pine Labs’ Plutus, a cloud-based payment gateway, to pay installments through credit cards. “From a business point of view, the economic pyramid is widest at the bottom and it gets narrower as you move up,” says Vora. “But in terms of providers available in the market, it is an inverted pyramid; you have the maximum number of people catering to the sparsely populated affluent class while the widest part remains unserved. We are providing standard treatment to all segments.” So among his clients are air hostesses and television executives as well as maids and vegetable vendors.

When it comes to availability, Mydentist claims to have a clinic within ten minutes of any location in all its cities. The first consultation is free of charge including an X-ray if needed.

Dentists at Mydentist are expected to follow the standard operating procedure. The SOP is updated every few months and lists everything from how to greet the patients to how to use the technology and how to do the procedures. Dentists, however, aren’t complaining. Dr Preeti Nagarajan, dental director at Mydentist, says working here is a good career move for any dentist because not all clinics offer the growth that large companies like Mydentist do. All dentists and staff members get fixed salaries and variable pay on the basis of the rating given to them by their audit team, which conducts surprise checks on the clinics. About 90 per cent of the company's 1,200 employees, including 450 dentists, are women. “It was not an intentional decision but it happened that way,” says Vora.

Unlike founders of other startups who have an exit strategy at the outset, Vora says he has no plans to exit. “India has 200-odd cities and we have just reached six of them so there is a lot to do,” he says.

A goofup: Setting up clinics in Warden Road and Juhu—two of the most upmarket areas in Mumbai. We went against the promise of the brand and tried to appeal to a different target audience. We had to shut the clinics after a huge loss.
Childhood dream: To go to the base camp of Mount Everest, which I am yet to do. But now that I can afford it, I plan to go in the next two years.
On speed dial: Father, brother, wife, Pravinbhai Gandhi of Seedfund and Dr Parimal Jariwala, the family physician.
First office: A 150-square-foot shed in a slum in Vile Parle, Mumbai. We still have that office and use it as a service warehouse for our equipment.
Top on to-do list: Expand Mydentist in Bengaluru, undertake the Kailash Mansarovar Yatra in 2016, learn Mandarin and restart working out.