TV clubs in India are long overdue, but change is in the horizon 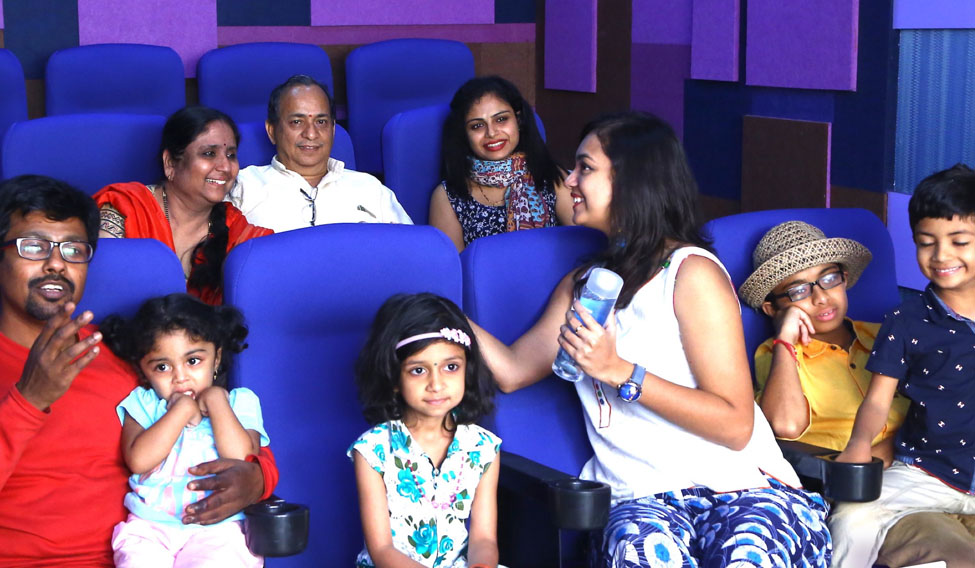 We obsessively talk about them on WhatsApp chat groups; eagerly follow Facebook fan pages; fret and fume over plot twists on Twitter timelines; look up newspapers and magazines for the critics' two cents. We buy their cool new merchandise, and we all have an opinion on how the latest season should have ended.

The mania around TV shows sparked by the likes of Netflix, Amazon, Showtime, Hulu or even Indian entertainment television channels is all-encompassing. Thanks to their increasing sophistication, they engage us like an unputdownable book. Isn't it high time we have physical spaces where we could meet like-minded, flesh-and-blood TV addicts for dinner and discourse?

Brothers Prashanth and Praveen Udupa from Bangalore are certified cinephiles; with subscription on-demand TV services like Netflix and Amazon, they obviously discovered a whole new realm of high-concept, new-age dramas. Binge-watching shows and movies with family and friends triggered a business idea to launch a private screening theatre which would transpose the experience of streaming content from personal laptops and home theatres to a more multiplex-like set up. And thus was born Teriflix in September 2017. A plush 13-seater auditorium, kitted out with a 135-inch screen, HD projection and 7.2.4 Dolby Atmos sound system, is rented out to groups of less than 18 members for Rs1,299 an hour. The owners say they don't really keep a tab on what viewers generally watch, but they are booked 5 days a week for at least three hours at a stretch. Adjacent to the screening room is a lounge area where viewers, if they so wish, can engage in a bit of intellectual dissection of the show they just devoured along with the regulation coke and corn.

"The whole idea was to generate debate and discussion about the amazing stuff we see on streaming sites," says Praveen. Except that money is charged by the hour which is inclusive of any discourse and discussion. Let's say you complete an episode of Stranger Things 2 in 45 minutes. You have 15 minutes and no more to speculate if Thessalhydra is a reincarnation of the original Demogorgon from Season 1.  Perhaps a bit too time-constrained and pricey? Especially if you are already a paid subscriber and can finish an entire season in one sitting more cost-competitively. But Teriflix is a young, bootstrapped company and they are still playing hit-and-miss with their many services and offers to lend a touch of cinematic thrill to TV shows we love to savour within the confines of homes and bedrooms. A commendable idea worth fine-tuning.

While this format seems more amenable for wildly popular TV shows like Game of Thrones and Stranger Things, or breathlessly anticipated action flicks with lavish production qualities, it may not find many patrons who like their TV stash to be more quietly satirical and deliberative. For those who prefer their TV diet to be more cleverly spine-tingling, who do not crave tidy resolutions or easy answers and are unafraid to sample gloom-doom fare of the art house kind, a format like Teriflix is not the answer. It appears best-suited for festive occasions. Like an event to remember and worth spending on with near and dear ones. Or to mark the arrival of the next season of Game of Thrones, mostly!

But what do you do about a show like Fleabag, which is interested in a  "squalid little story of a life gone wrong" or the notoriously obscure but deeply rewarding Twin Peaks? You can bring them to the intimate circle of an appreciation club filled with genuinely interested participants. Groups which attract eager members keen to understand the impossibly complex characters they encounter, viewers who want to sympathize with social outcasts who defy conventional labels and wonder about the afterlives of idealistic teenagers who take endearingly insane risks.

It’s not very different from selecting an interesting book title and gathering on an appointed day to discuss it threadbare. It could be in a bookshop or a library or someone’s living room with a motley group of friends and acquaintances. Add a dash of coffee and you have a reasonably serious book club. Except that TV clubs can make book clubs look passé.