Untold truth: Role of Indian soldiers in World War I 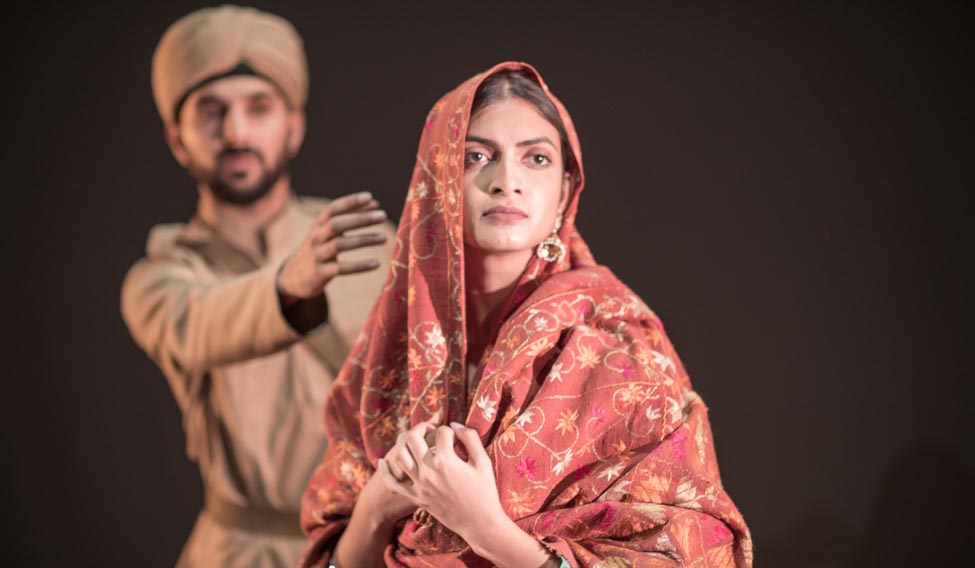 Scene from 'The Troth' | Simon Richardson

The new year has started off well, artistically. The Troth, an evocative dance-theatre production that has brought together the British and Indian governments, as well as the British Army, is premiering at the Jaipur Literature Festival on Republic Day. The moving force behind the collaboration, Mira Kaushik, an OBE (Order of the British Empire awardee) and director of the Akademi—a partner in the production—talks about the project.

What is The Troth all about?

The Troth means ‘a solemn promise’. The production is based on Chandradhar Sharma Guleri’s iconic Hindi short story Usne Kaha Tha. It is about a soldier, Sardar Lehna Singh, and the sacrifice he makes to keep his secret promise to an unrequited love, mid-conflict in the trenches of Belgium during World War 1. The Troth reveals the contribution and human cost of Indian soldiers to the allied war effort. Over 1.3 million Indians contributed active service over the course of World War I; they were the largest voluntary force ever assembled. The losses were staggering.We wanted to tell that story.

Why this particular story at this time?

The Troth was appropriate because it marks the centenaries of World War I (1914-18), Indian cinema (1913) and publication of the first Hindi short story (1915). Also, it fitted in perfectly with the celebrations of the India-UK Year of Culture (2017) and the re-imagine India project, of which it was a part. It is rooted in the most recent academic research and in-depth cultural exchanges between the two countries.

It seems to be an audio-visual extravaganza....

Yes, we were inspired by film noir and the era of black and white films. The production weaves its poignant narrative through powerful dance, music, archival war footage and new subtitled films, an evocative soundscape that laces original compositions with sounds from WW I and Indian folk music. We are creating an Indian narrative in a western contemporary dance language.

Who are the artistic collaborators?

Award-winning director and choreographer Gary Clarke, who is acclaimed for his compelling works of narrative dance-theatre (most recently with Coal, based on the miners’ strike), is the choreographer. Clarke’s emotionally direct and physical approach to storytelling and character is notable. For The Troth he collaborates with dramaturge Lou Cope to tell the soldier’s story and the soundscape is created by BASCA award-winner Shri Sriram. Army musicians are involved in the sound score, contributing military themes and authenticity to the compositions. British soldiers worked with the dancers to assist them in the portrayal of drill, PT and movement under fire. Then we have six dancers who come from diverse backgrounds. One of them is Vidya Patel, finalist in BBC Young Dancer of the Year 2015 who has recently performed to great acclaim with Richard Alston Dance Company.

After Jaipur, where is it performing?

Its world premiere is being held at the Jaipur Lit Fest, in the famous Hawa Mahal, on January 26. The UK premiere will be held at the Leicester Curve, London, on February 20 and 21. The UK tour is up to March 16 this year. We have just confirmed a performance at The Queen Elizabeth Hall, Southbank Centre, on May 5.

Why are you opening in Jaipur first and which other Indian cities will you be touring?

We decided to premiere the work at JLF as the author of The Troth (Chandhra Sharma Guleri) hailed from Jaipur and Usne Kaha Tha was the first Hindi short story. We thought JLF would be the best place to celebrate this wonderful piece of literature and of course Teamwork Arts have been fantastic partners for us.

After that we perform in Delhi, Bhopal, Jabalpur and Kurukshetra. Many states we were talking to were unable to support us this time as this is our first tour in India.

When did the Arts Council, the British Army and the Indian govt come on board?

This project was initially funded by Arts Council England and the British Council’s Reimagine India project fund back in 2016. This was due to Akademi having already established several partnerships in India (with two state governments and JLF). After receiving this significant funding, I contacted ICCR through The Nehru Centre in London and they kindly agreed to come on board and host us in India. This was a significant achievement for the project which then lead us to receive the financial support of the Cultural Ministry in India, after going through the official application process.

Simultaneously in the UK, we were approached by several Trusts and Foundations as well as the British Army who agreed to join hands and support the making and UK tour of this production. Lt. Col Jo Young, the British Army’s Officer for the Arts, says: “The British Army is thrilled to be supporting the production of The Troth. It tells a vital piece of World War I history and speaks volumes about shared heritage”.

Tell us about your organisation Akademi...how it started and the kind of work it has done

Akademi’s mission is to inspire audiences and change lives by creating and nurturing excellence in classical, contemporary, popular and participatory South Asian dance. We believe that SA dance is a vital part of British Creative DNA.

Founded in 1979 by the legendary Tara Rajkumar, Akademi has been taking South Asian dance to unexpected places ever since.

Rooted in our local community, but active across the UK, we have a global perspective with worldwide connections. Our pioneering work contributes significantly to Britain’s international reputation for innovation in South Asian dance.

Are you planning any more collaborations, particularly with Indian groups?

We are currently planning a large project to celebrate Akademi’s 40th anniversary in 2019/20. I am in talks with several collaborators at present.

We have also been commissioned by The Space to release a digital film of The Troth, which will enable the show to reach a global audience.