Shekhar Kapur makes a pivot to the stage 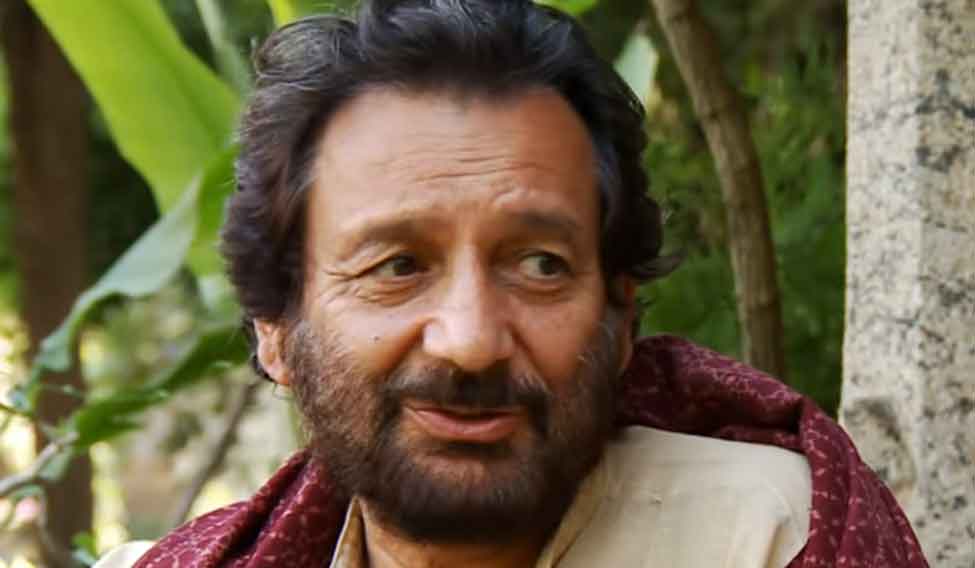 Shekhar Kapur, the British Academy Film Awards (BAFTA) award winning and Oscar nominated director of Elizabeth, tries his hand at another historical saga, Matterhorn, this time on the stage.

When and why did you decide to gravitate to theatre?

When I shot the TV series Will, I actually explored theatre because it was Shakespeare’s story. In film, you have to be precise...the story evolves shot by shot. But I found myself shooting it like a play, taking in long and lengthy sequences. I realised I was trying to make it immersive, unlike film. And I liked the experience. That’s when I started gravitating towards combining the two techniques.

This is not my maiden tryst with theatre. I co-produced Bombay Dreams along with Andrew Lloyd Webber which was also my concept, but shied away from directing it because I hadn’t the experience. This time, when the offer came, I accepted it.

What challenges you about theatre?

The basic difference between theatre and film is that theatre is an intensely personal experience for the audience and yet there is a sense of detachment...they know they are in an auditorium. But they are an integral part of the process. In film, the audience is only the viewer and never a participant. What is also fascinating for me is that in theatre, you have to fit in a lot of information and emotion in one scene. You don’t have the luxury of describing it in 80 scenes, as in film. The challenge is how to transition from one emotion to another and from one scene to another, seamlessly.

How did you get this offer?

I got the offer from Michael Rolf Kunze, Germany’s foremost librettist (known for the popular musicals Dance of the Vampires, Mozart, Marie Antoinette, Rebecca and a number of independent hit songs). He may not be that well known in Broadway, but he is certainly the most successful musical theatre person in Europe and is popular in Japan, Korea and China too.

Some producers came and asked me if I was interested in directing his Elizabeth as a film. The protagonist was an Austrian queen who was depressed and had made melancholy fashionable. I found the form interesting...it explored philosophy through conversations between the Queen and Death.

Subsequently, Kunze and I met. We discovered we were both exploring the same ideas of the meaning of life and got along very well. He then asked me if I would direct Matterhorn, an opera written by him. It was the story of the ascent of Mount Matterhorn (one of the tallest peaks in Europe). Back in the 1800s, there was fierce competition between the British and the Italians and the British became the first to scale it. But it was a tragic tale. Four of the party died during the descent. Edward Whymper, who came first, was accused of cowardice because he hadn’t stopped to save lives. It is also the story of man vs nature, where the latter is treated metaphorically like a woman. The angry, resentful woman, whom men desired to conquer, but who brought death to those who tried.

This is a German opera. Do you speak the language?

No. But I have an English transcript. Someone is always translating for me. (Chuckles) I am sure I will be proficient in German by the end of this!

When is it opening?

Are you in rehearsal these days?

My first rehearsal is on January 7. It’s also the first time that the ensemble will come together. It’s a short time, but this time frame is normal for the Company.

Meanwhile, I have being going through the script, casting actors and working on the stage design with my very talented designer. I am also assisted by a young Australian musical theatre scholar, who, like me, doesn’t speak a word of German! But the real preparation starts on stage and I am aware that things change a lot during rehearsals.

Where do you open?

We open St. Gallen, which is 62 kms from the capital, Zurich. The theatre at Gallen is considered to be the oldest and most revered professional theatre in Switzerland. It funds and develops works. This is their own production. My job is to set up the opera for its premiere. Later, when it travels and they require me, I will join them again. It all depends on the reaction to the play.

Are you not nervous, considering the short rehearsal time and that it’s your first outing in theatre?

Of course I am. I don’t think anyone is fearless. But the more I am afraid, the more I try and conquer my fears. That is how I grew up. When I gave up my practice as a Chartered Accountant and Management Consultant to make Masoom, I had no idea how to make films, but plunged into it. Or when I moved to Hollywood, giving up offers in Bollywood, it was certainly a risk. But the challenge was greater. . I have always looked at life as an adventure and have chosen to find my creative self by plunging into uncertainty. I constantly battle my fears to keep myself creatively alive. Sometimes it works, sometimes it doesn’t. It’s like fighting for your life in a raging sea. The whole process is about discovering yourself.

If you get more offers to direct for the stage would you accept them?

I am quite interested in theatre and so, yes, I will.

What are you planning to do after this play?

I am an Honorary Scholar at MIT, which is a huge honour and unusual for a filmmaker. I will proceed there for research on Augmented Reality and the ways to tell stories through that medium. It’s a new technology that can be used for completely immersive story telling. It’s a very personal space where each individual experiences his or her own reality, with the help of viewing equipment. For instance, you can walk on the moon or travel all over New York City without ever leaving the room. It’s like living your dreams. Hollywood is trying to catch up with this technology.