The (sci-fi) future of our dreams are mostly loaded with technology and machines. For years, literature and cinema have told us that it would be a world driven by futuristic science—flying cars, hi-tech hibernation pods for humans, interstellar travel, parallel universes, time travel, extraterrestrial life—and what not! But for 30-year-old digital artist from Pakistan, Omar Gilani, a sci-fi future of his country emerges from the roots of reality of today, and how he imagines it reflects in his ongoing series of digital illustrations, Pakistan+.

His digital artworks capturing daily, mundane life in Pakistan have taken internet by storm. In an interaction with THE WEEK, the Lahore-based artist says, “I wanted to explore Pakistan in an alternate reality, within genres I was personally interested in, which are science fiction and fantasy. I wanted to show how things remain the same no matter how much they may appear to change. And, of course, I just wanted to make trucks fly.” 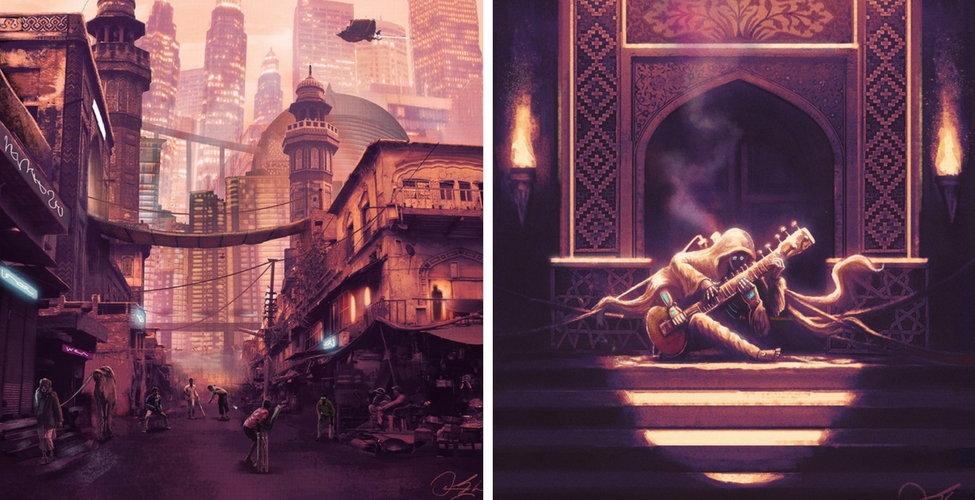 The awe-inspiring illustrations, created on Adobe Photoshop using a Wacom tablet, may have come out of an artist's studio, but they are not merely an artist's imagination; they are also an expert's vision, too. Before following his heart and turning to art for a career three years ago, Gilani was an engineer-turned-professor and a published researcher in the field of robotics. Academically, he has MSc in Mechanical Engineering (Design) and an MPhil in Robotics; professionally, he a self-taught concept artist and designer for the mobile game and app industry. 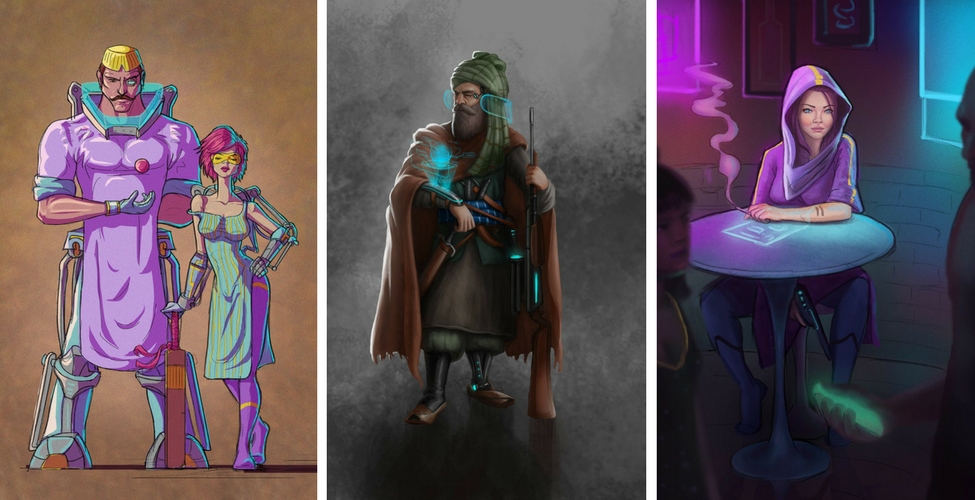 Pleasantly surprised by the attention his artworks have been garnering on internet, Gilani says, “My work was initially published in an article without my knowledge, and that went viral. It's a great feeling to know that my work is so well received, and it inspires me to keep going.” Though Gilani found inspiration for Pakistan+ in the streets and markets of his country, his illustrations evoke a sense of familiarity among his neighbours on this side of the border as well—be it 'gully' cricket or roadside dhaba. Reacting to the random musing, he says, “India and Pakistan share a deep culture and an ancient bond. It's great that my illustrations resonate so strongly in India. It really goes to show how arbitrary borders can be.”

When asked about his next project, he says, “I'm not done with this series (Pakistan+) yet, as I feel there are more aspects that I can explore. I will eventually be adapting Pakistan+ into a few different formats, starting with a book. Would also love to be involved in a similarly themed movie or animation project. After that, let's see.”