India's internet sensations are taking the youth by storm 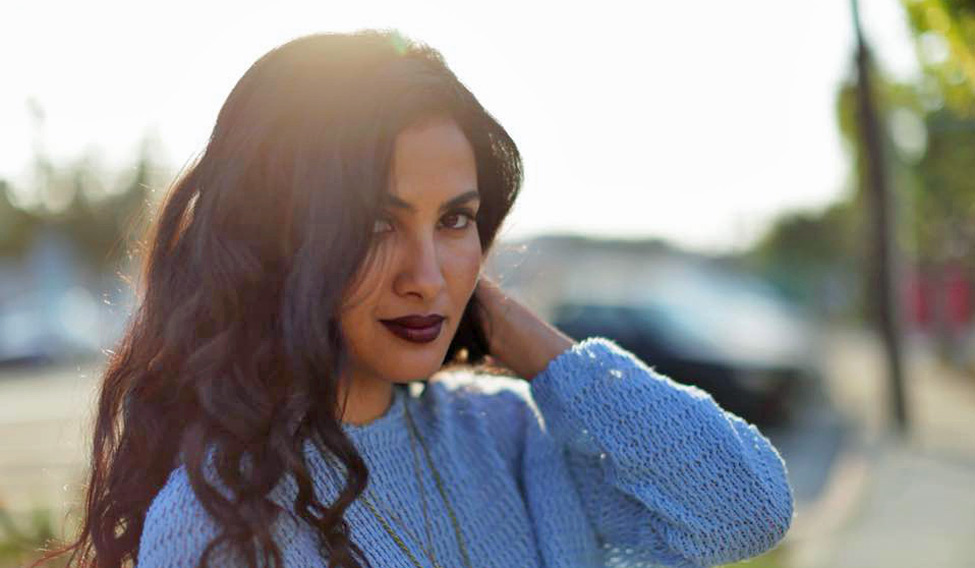 Instant fame is like instant noodles. It offers quick gratification. For thousands of talented (and some not so talented) people on the lookout, the internet offers that 'instant'experience.

Doing the rounds of producers’ offices or warming up the casting couch becomes irrelevant in this scenario. All a wanna-be star has to do is to film him/herself in a room, with the minimum equipment and upload it on the internet. Kids as young as six are doing it, so it’s no big deal....and thousands, sometimes, millions, watch you all over the world. But there’s always the flip side. In a hurry to be famous, people put up some atrocious stuff, in keeping with the philosophy, that badnaam honge toh kya naam na hoga? (infamy too brings fame)

It all started with Justin Bieber, who uploaded his music on a music channel he created, at the age of 8. By 14, he was `discovered’ and famous. India may not have its own Justin Bieber yet, but some have started down that path and are quickly making headway.....Vidya Vox, Shirley Setia, Aditi Saigal, Kaveri Kapur. They are all talented kids, who put their work out there and have a steadily growing fan base. Drama works just as well, on the net. All India Bakchod (AIB), Baked, Mallika Dua, Ssumier Pasricha...they are all popular on the comedy circuit. In fact, the popularity of the net has attracted big Bollywood players like Yashraj, Balaji and Zoya Akhtar , who now run web series, while others are also readying themselves to jump into these uncharted waters.

There is no censorship on the net and its wild popularity hasn’t been boxed into statistics yet. So, it’s a free for all for everyone...perhaps the best example of freedom of expression without its concomitant sense of responsibility. This can lead to what is known as trolling and abuse online. And many times, artistes are the victims.

What is common amongst these shows is that they are being enacted by young people for their peer groups and that they all started with little or no funding but finally made their fortune through their cyber popularity.

Indie musicians in India are generally from well- off middle class families, have either studied music abroad, or are members of the diaspora and of course, possess good looks. Many of them shoot to fame because of their cover (re-interpreted ) versions of songs.

Vidya (Iyer) Vox , is a Tamilian from Chennai, who migrated to the States at the age of 8. She started her own music channel in 2015 and since then her videos have been received over 300 million views, while her channel has over 3 million subscribers. She mainly does covers, but success with composer Shankar Tucker brought originality. She fused a famous Kerala boat song, Kuttanadan Punjayile, with original lyrics by her and Tucker and filmed it in Kerala with Mohini Attam dancers. She is known for her Indo-Western combinations and her most popular mash up (re-mix) was Closer / Kabira, which received over 55 million views in seven months. She has collaborated with several other Indian musicians for other mash ups.

Shirley Setia is a graduate from the University of Auckland, who participated in and won a contest conducted by T-Series. She recorded herself in the bedroom, in her pyjamas, which earned her the sobriquet "Pyjama Rockstar" by the New Zealand Herald. Thereafter, she began uploading regularly on YouTube and has since then collaborated with YouTube artists from across US, UK, India and Canada. Her channel has 1.6 million subscribers and 114 million views. She has now moved to Mumbai and Forbes magazine, which interviewed her, called her India’s YouTube sensation, stating that "Bollywood's Next Big Singing Sensation Just Might Be This Tiny Kiwi".

Two India-based teenagers who write in English and whose songs have gone viral on the net are Aditi (Dot) Saigal and Kaveri Kapur. Their USP is their originality. Both are blue bloods, being the offspring of famous artistes. Aditi is the daughter of the late musician Amit Saigal, known in Indie music circles as Papa Rock. He was also the founder of India’s first music publication, Rock Street Journal. Kaveri Kapur is director Shekhar Kapur and singer/author/artist/actor Suchitra Krtishnamoorthi’s daughter. Both have grown up in a nourishing artistic atmosphere.

Both started learning classical music (Aditi, the piano and Kaveri, vocal music) at the age of six. Both started writing and composing their own songs at age 12. Different milieus at home though led to different leanings...Aditi preferred artistes who had a way with words. She was inspired by the likes of Paulo Nutini, Fiona Apple, KT Tunstall, Jack Johnson, Peggy Lee, Ella Fitzgerald and Aretha Franklin. Her style is more folksy-blues and jazz, which she combines with witty lyrics. Her first upload, Everyone Dances To Techno went viral. Her other popular numbers are Asymmetrical, Reassure Me & Alaw. She uploads regularly on her own YouTube channel. She also performs in gigs in India and Wales, where she is currently studying music and has a steady following of fans who love her brand of music.

Kaveri Kapur, whose first two songs, Did You Know & Half A Heart went viral with over a million views and received rave reviews from the likes of Amitabh Bacchan, Shah Rukh Khan, Priyanka Chopra & Hrithik Roshan. Priyanka said she was very moved by her songs. Still in school, Kaveri wishes to study music abroad and maybe some day share the stage with her favourite artiste, Adele.

For every Vidya Vox or Shirley Setia, you also have a teenaged Danish Jaitley, with close to 900 subscribers to his channel, who does covers in Hindi and shoots his own videos. There is also Shivangi Chaudhury, a self -made singer from Bihar, who writes and sings in Bhojpuri. She initially had to pay up to 25,000 rupees to be introduced as a singer, but is now paid per song. Working with a group called Team Films, the singer-song writer’s viewers have jumped from a few hundred to 5,000 within three months. She is a rising star on the regional firmament.

The other popular form of entertainment that gets quick recognition is comedy. Shows like All India Bakchod (AIB) and Baked are popular. Stand Up artistes, unknown in India till recently, are rapidly turning into stars and have their own comedy channels. TV personality Vinod Dua’s daughter, Mallika Dua, who has studied theatre abroad and was a copy writer before she became a full time entertainer and Ssumier Pasricha, a theatre actor, who studied in Australia, are prime examples. Mallika’s Make Up Didi act made her an overnight star on YouTube (she has 43,000 subscribers) and Ssumier’s Pammy Aunty clips are the toast of everyone, from the family cook to the denizens of Bollywood. Talking of Bollywood, which is quick to latch on to anything popular...many leading production houses like Yashraj, Balaji and producers like Zoya Akhtar are now producing content for the web. Ekta Kapoor, who is known as the Soap Queen of India, is now making them for the web, under ALTBalaji, a subscription- based digital entertainment platform and a subsidiary of Balaji Telefilms.

Most of these comic acts are satires on Indian events and society. All India Bakchod is an Indian comedy sketch group of four people—Gursimran Khamba, Tanmay Bhat , Rohan Joshi and Ashish Shakya. The group maintains a YouTube channel,  that shows their sketches and parodies on politics, society and Bollywood. By March 2015, the group had amassed over 100 million views on their videos  and two million subscribers on YouTube. Starting off with no funds, the group now has multiple employees for script writing, brand consulting and coordinating academic and corporate workshops. In December 2014, AIB organized the All India Bakchod Knockout Championship featuring Karan Johar as the host, which 'roasted' Ranveer Singh and Arjun Kapoor and later got banned for its explicit language. The group claimed to have raised over 40 lakh rupees for charity organisations, in that show.

Baked is touted as being India’s first and most ambitious original fiction web-series, which “chronicles the misadventures of three university flatmates who decide to start a midnight food delivery service”. It bestowed stardom on its actors who were selected from Delhi’s theatre circuit. All these shows have gone into several seasons because of their popularity.

There is no doubt that cyber entertainment is here to stay. Sonali Sharma, a marketing executive in her 30s, who is active on the social media says, “Traditional media comes with huge cost implications as well as accessibility. Today everyone has a phone and an internet connection virtually."

Both she and Rohan Arora, a 21 year old musician and social media addict feel that good material deserves a big fan base, but there are enough people on the internet who are popular because of the low brow stuff they upload that entertains some people. "The ease of sitting at home and uploading your piece of art at the click of a button inspires everyone to pursue their dream, including me, but I must master my art first," says Rohan.

The future of the net is very bright, they both feel. “Movies, music, live podcasts, interviews, news, series, pranks, radio.... the internet has already become a one stop shop for all our needs as far as entertainment is concerned”, says Rohan.

But should it be confined only to the younger generation? Not at all, they aver. People who gave up their passions earlier because of the need to earn, now have the right platform to indulge in them, at virtually no cost, after retirement. There are enough talented seniors, who can teach a thing or two to the youngsters, they say.