'India and Australia have a lot to offer each other' 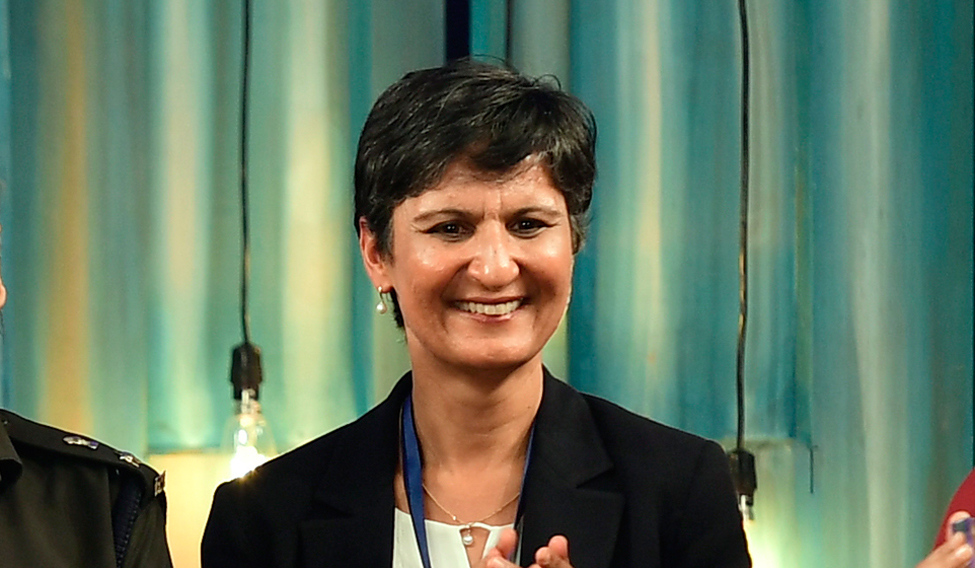 In conversation with Australian High Commissioner to India

How does one translate the Punjabi word jatti into English? The closest description would be landowners, or the traditional agricultural community of Punjab. The men are jatts and the women are referred to as jattis. The literal translation, however accurate it may be, robs the word of its essence. To put it bluntly, the oomph factor is missing. Jattis are Punjabi women, full of vigour, energy and a certain aggression.

So when Harinder Sidhu, Australia’s High Commissioner to India, described herself as a jatti, her petite frame defied the definition. She is neither robust nor aggressive. If anything, she is soft-spoken and precise, as any diplomat is trained to be, the only give away being her infectious laughter. But that is not all. By her own admission, she “loved digging”, and spent hours among the greens, wielding the sickle and spade to plough the soil in her garden that she regularly and indulgently tended. “My father attributed it to my being a jatti,” she says.

But that was back home in Australia, where Harinder grew roses and spent long hours strolling through the forests. Nature, she says, keeps her centered. She had to leave all that behind, but her India posting afforded other advantages, like a Sunday brunch of alu paranthas… That was a windfall, as she had not expected master chef Bindeshwar Ram to sit her down and take her through an elaborate menu to zero in on her favourite cuisine. As someone who has cooked for prime ministers, the chef was a bit startled when Harinder asked for alu paranthas. They are, she says, her “happiness fix”, and her weekends are incomplete without them. So it was alu paranthas every Sunday, for the two-odd years that she has been posted in India. For kachoris, she goes to the walled city, preferring the romanticism of travelling all the way, chatting up the kachoriwalas, and sometimes driving up to where her mother lived and watching her deftly design the dough into a mouth-watering delicacy.

When she mentions Punjabi words, whether it is kachori, nani or dadi, her pronunciation is spot on. It is clear that she grew up in a household that remained intrinsically Punjabi, even while they were away 8,000 kilometers from the home of her ancestors. Of course, there is a slice of Australia in her upbringing, but that has not diluted the Indian in her. So what does she identify as? She represents her government in India, but her ancestors belong to a country she has been sent to work in: “I am very Australian. When people think of Australia, they have an image of an Anglo-Australian though it no longer represents what a typical Australian looks like. Australia is changing rapidly and dramatically, as also is our representation."

Therefore, if her accent has retained an Indian flavour, it is thanks to Punjabi being spoken at home, and her attending Sunday school at a gurudwara where she read and wrote in Gurmukhi. Circumstances played a role too. Her dadi, grandmother, who spoke and understood only Punjabi, came to stay with her for a while. But the one factor that sealed both the culture and language connection was her mother chiding her, which happens most often in Punjabi. “Whenever my mother got angry, she would speak in Punjabi. So I know all those words, explicit and blunt. Scolding in Punjabi does the trick because it is the language that expresses emotion like few others do or can."

She says her Hindi and Punjabi grammar are atrocious. She gets private lessons from a Hindi tutor, but she has a long way to go: “I have never been in a situation where I had to speak enough of either Hindi or Punjabi to perfect my grammar, though I hope to get there someday."

As of now, she has her hands full. The work is particularly demanding, especially at a time when the relationship between the two countries is at an all-time high. As high commissioner to India, she heads 300-odd staff members, oversees consulates and trade offices in different cities. It is, to say the least, a “difficult task for anyone to undertake”.

There has been, the high commissioner says, a confluence of several factors. “India, a country which has been inward looking for a long time, has been expanding its global outreach. As its economic stature and influence grows, it plays a decisive role in the geopolitics. On the other hand, Australia has shed its old notions, and we have started viewing each other differently. Add to that the phenomenal growth of Indian diaspora, and the growing interest of decision makers to engage with India. The people-to-people linkages between the two countries are growing, and India, Australia are cementing a sustainable and solid partnership. Australia has just come out with a foreign policy white paper in which it has, for the first time, placed India in the forefront of our international relationship. This is a very powerful statement and is based on the understanding that all things that we had taken for granted till now have come to occupy centrestage. A solid relationship is unfolding."

Not hedgy about its ups and downs, Harinder is candid: “There are misconceptions. The one issue that refuses to die down is students’ safety. There is an idea that Australia is racist, and an Anglo-British outpost. But walk down its streets and you will see how multi-cultural the country really is. It is never unsafe, and statistics bear this out. Having said that, I am not for a moment condoning attacks on students. But let us not confuse criminal acts with racist ones. Some of these students were in vulnerable positions and I do not deny friction when you have 200 ethnicities living together. The thing to look at it is whether this happens frequently, and whether it is an accepted behaviour. The answer is a loud NO."

Harinder’s task is to spread awareness on both sides: about how Indians perceive Australia and vice versa: "This would help dispel misconceptions."

At heart, she remains a feminist. She married an Anglo-Australian, but stuck to her maiden surname: “It is a feminist thing and I don’t see why I should give up my identity so quickly. To change the name I was born with is something I find completely ridiculous." So Harinder it is and Sidhu it shall remain.