Being a change agent through education 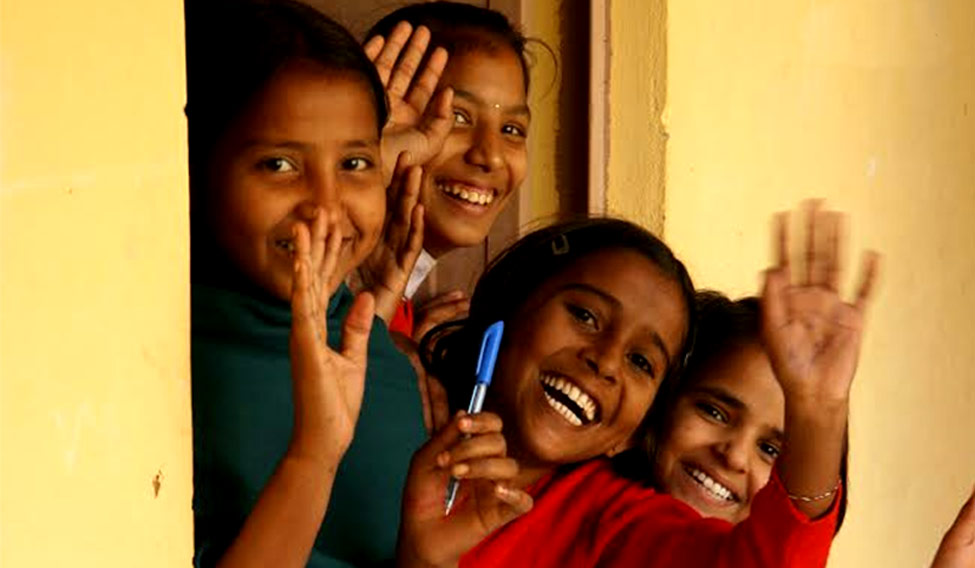 From the time of her birth, Antimbala was told she was unwanted and a burden to her family. She was convinced she was blighted by destiny and couldn't succeed in life.

Antimbala struggled to form or write words and sentences. It's not that she didn't have the ability, but she was made to believe that she couldn't be as good as her peers.

Then there was Narazna who was so named because everybody in her family was angry when she was born. She was made to feel unwanted ever since she can remember.

For these two girls and many others, Safeena Husain, a graduate from the London School of Economics and imbued with a zeal to change the existing order of things, is a saviour. She has been making sure that girls from underprivileged backgrounds are not condemned to rue their fate and that they are given opportunities in the school system.

Safeena wanted to make sure that girls like Antimbala — her name literally means the 'last girl' — are able to stand on their own feet, on their own merits, and not become victims of a conservative society's biases and prejudices.

Through her NGO, Educate Girls, she and her team works with community-level volunteers called Team Balika, who go door-to-door to identify out-of-school girls in remote rural areas and convince their parents to send them to school.

"When Antimbala started classes, she was withdrawn and didn't join her classmates during the learning activities. Our volunteer started engaging her in classroom games and tried to gauge why she was so aloof," Safeena said when she came to the capital to receive an award in recognition of her work.

"A year after getting support, she (Antimbala) can now read the stories in her text book with relative ease and her confidence has greatly increased," said Safeena.

For a cause that she believed in passionately and urgently, Safeena started her remarkable journey years ago, and has helped more than 200,000 out-of-school girls become part of the education system.

She was involved in various development projects for around 10 years spanning South America, Africa and Asia, before starting the NGO.

"I returned to India to drive the agenda closest to my heart — that of girls' education. From the very outset, I had a strong personal motivation to make a change in India's education system primarily because I myself found my pathway through education," Safeena said.

And today, around 200,000 girls from Rajasthan and Madhya Pradesh have been enrolled in schools with the help of over 11,000 Team Balika volunteers.

Safeena said the challenges that these girls face in their everyday life are huge.

"A girl is generally seen as a liability. Also, they are indoctrinated to believe that girls must only be seen and not heard," Safeena said.

Referring to Narazna, the girl who was so named because everybody in her family was angry when she was born, she said: "Imagine the unwantedness!"

"This is violence that inflates forever... the child knows that she is something less and that she is not as wanted as boys."

What started as a test project in Pali in Rajasthan has now expanded to 13 districts — 10 in Rajasthan and three in Madhya Pradesh. However, the inception of this journey was not without challenges.

When Safeena and her team approached people, asking them about their daughters so as to enrol them in schools, they had doors shut on their faces.

"Why do you want to know about our girls? Go away!" they were told.

In the scorching heat of Rajasthan, they relentlessly spent days going door-to-door to speak with the village folk, struggled to set up community meetings and eventually earned the trust of school authorities.

"They called us mad dogs, slammed doors on our faces... all of this was not surprising. For those people, we were strangers trying to convince them to challenge the status quo.

"The talk around girls' education was not as rife then, as it is today. But even now when we enter a new district, resistance has the same core reason -- the mindset."

Safeena believes that the most important step in combating resistance was to let them see that the voice speaking to them was not foreign.

"We would use meetings to challenge the mindset around girls' education and gender discrimination by regularly conveying the benefits of education and how it is a way to alleviate poverty and improve living," she said.

A class three girl from a village near Udaipur explained how this sexist mindset kept her away from education.

"My mother did not want us (me and my sister) to go to school. She said that education was useless for girls," the 11-year-old, who cannot be named, said.

"For six months, these people kept trying to speak to my mother. She used to yell at them and ask them to leave," she said, adding: "One day, they came with an elderly person from the village who was quite respected by many."

"After that, she finally agreed to send us to school. I'm very glad that Sir (Educate Girls' field coordinator) managed to convince my mother. We love going to school to read books and also because we have made a lot of new friends."

The NGO's journey had started with a desperate request to the Rajasthan government by Safeena to let her work in the most educationally backward areas.

"I decided to pick Pali district to commence a small 50-school test project with a handful of people," said Safeena.

Having aligned with the Rajasthan government on where the need was greatest, she successfully conducted the pilot with the help of a local team, which led to her NGO being formally registered in 2007.