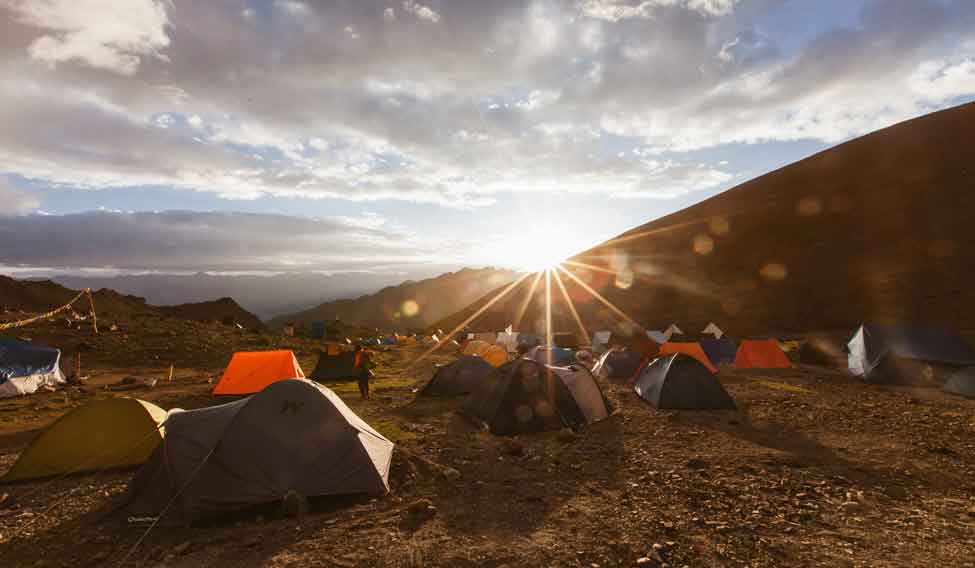 La Ultra-The High ultramarathon comprises three separate races, all beginning at the same time from the same start point, in the middle of Nubra valley

While India is hoping to win a few medals in the Rio Olympics, a few other Indians are getting ready for La Ultra-The High, the most challenging ultramarathon, hoping to make the country proud. The seventh edition of the ultramarathon, with Bisleri Vedica as its hydration partner, will be held in the scenic and extremely challenging mountain passes of Ladakh between 11 and 14 August. 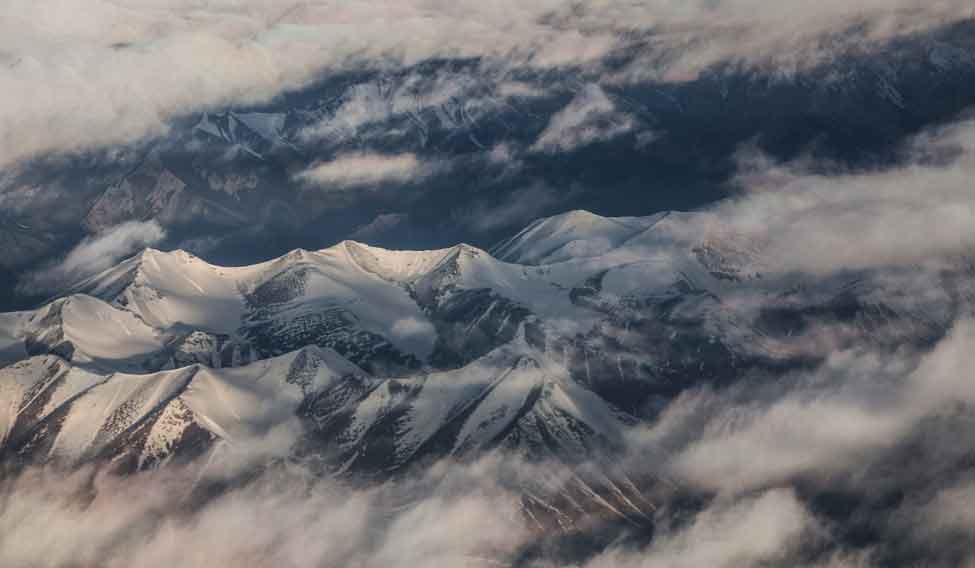 La Ultra-The High is known as one of the cruellest ultramarathons in the world as runners are made to experience 40°C heat and then -12°C cold in a matter of six hours. The oxygen levels are at 50 per cent of what they are at the sea level. La Ultra-The High comprises three separate races, all beginning at the same time from the same start point, in the middle of Nubra valley. These races are run continuously over 111, 222 and 333 kilometres in 20, 48 and 72 hours respectively. The entire course is at altitudes between 11,500 and 17,500 feet. All runners go over Khardung La, claimed to be the world's highest motorable mountain pass, in the first stretch of 111 kms itself. So extreme are the conditions that in the last six years, 59 runners from 22 countries have participated but only 30 could complete it. 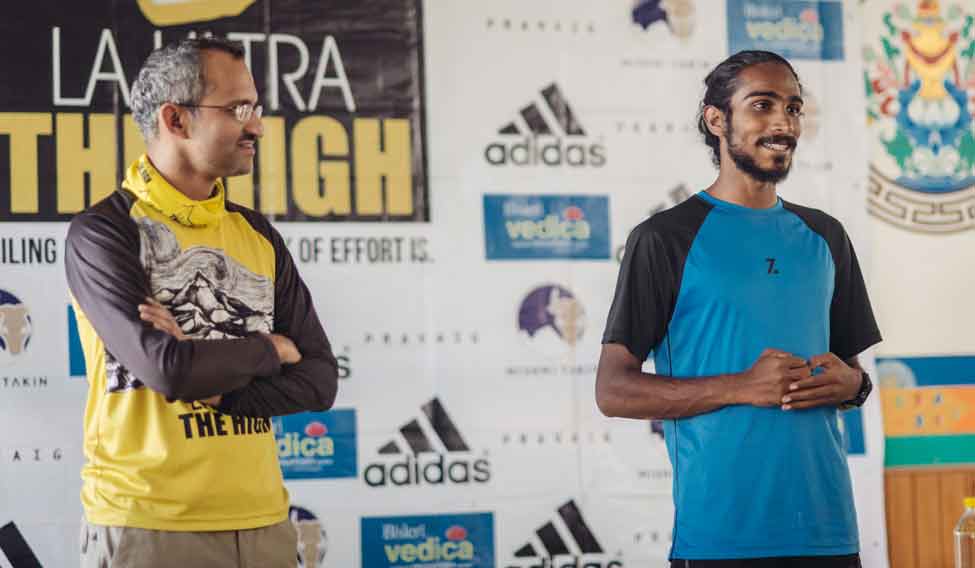 This year, participants of nine countries will participate in the marathon, if not to win but at least to finish it. Also, this year, 11 Indians are participating in the 111 kms category. CDR Rajesh Wadhwa, from the Indian Navy, says, “I qualified for La Ultra-The High by running the Gharwal Run. I finished it in 9 hours and 59 minutes. It was a good reality check for me considering I had run so many ultras, but the altitude was a challenge. Now I am more prepared and currently climbing Kang Yatse.” He, along with five other runners from the Navy are part of an ongoing expedition for Kang Yatse II (6,400 metres) peak, just to acclimatise and prepare for the 111 kms race. 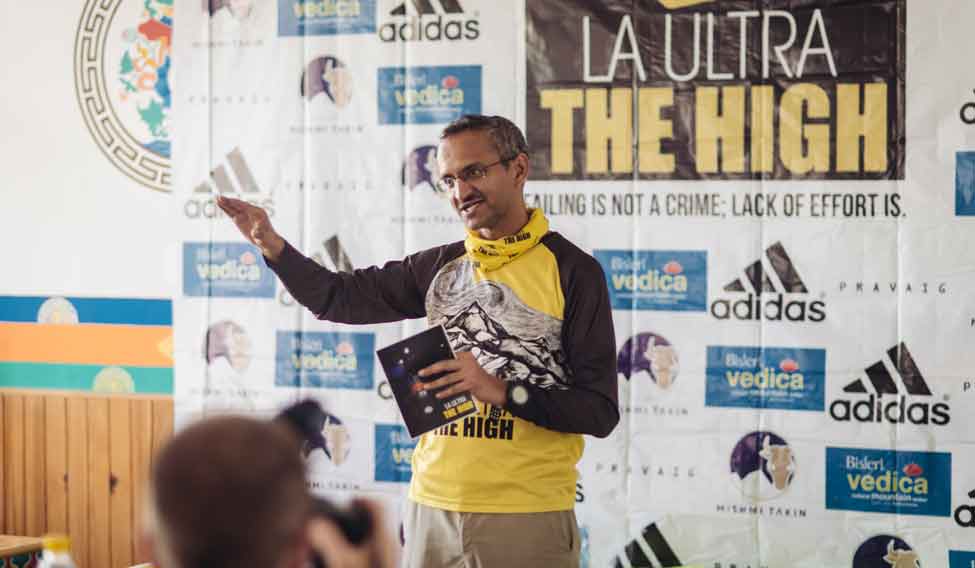 Indian ultra runner Kieren Dsouza first participated in the 111 kms race in 2014 but failed to make the first cut off and pulled himself out of the race. He has come back to attempt the race again, before heading to Greece for the 246 kms Spartathlon. “Training and racing depends heavily on our minds. I read somewhere that an ultra is 90% in the head and the rest 10% is also in the head, I definitely believe it to be true” he says. He has been putting 100 mile weeks for the last few months and living at 3000 metres altitude to prepare. 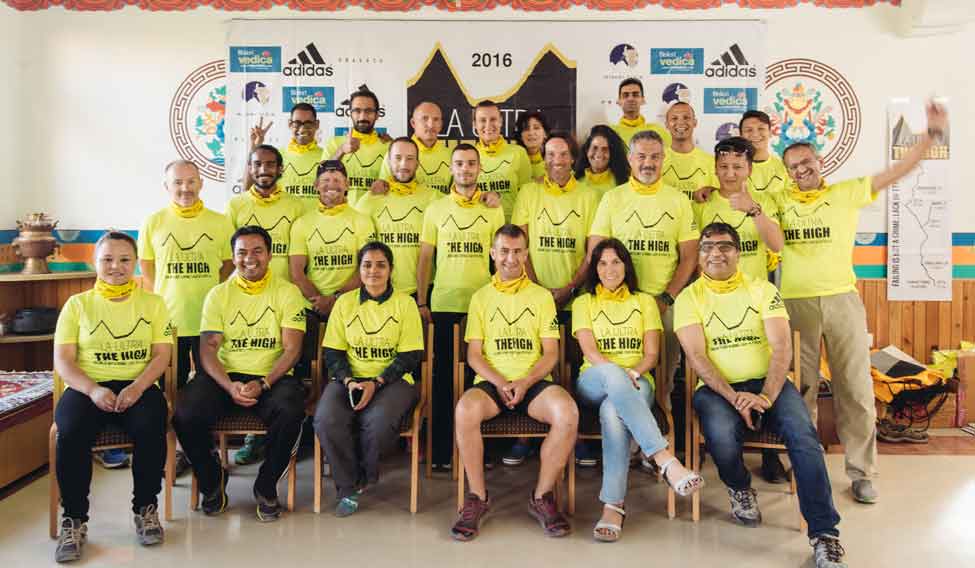 Athletes and crew at the race briefing

Dr Rajat Chauhan, race director, La Ultra-The High, says he organised the extreme marathon because he was told it was impossible. “Enough people in the world get excited with easy things. Not me. I like challenges. The human body is phenomenal but my doctor colleagues are busy preaching limitations rather than what we can achieve. This race is about human spirit,” says the trained sports medicine and a musculo-skeletal expert who conceived the idea in 2009 after moving back to India from the UK. “It's a race not for studs but for the humble. The massive but gentle mountains can teach anyone a lesson but would only let those through who are very grounded,” he adds.