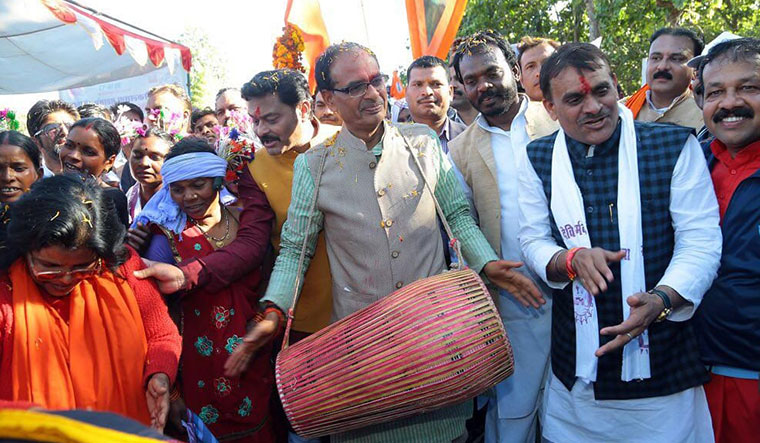 In the run-up to the 75th year of independence, the government of India launched ‘Azadi Ka Amrit Mahotsav’ (AKAM) in March 2021. The celebration aims to commemorate 75 years of progressive India and celebrate the glorious history of its people, culture, and achievements. The two-year long celebration, among other aspects, will educate Indians of the many contributions made by tribals towards India’s freedom struggle. In this direction, the union cabinet under PM Modi declared 15 November as ‘Janjatiya Gaurav Diwas.’

This day will give us an opportunity to recognize scores of tribal heroes like Birsa Munda, Tantya Mama, Bhima Nayak, Khajya Nayak, Shankar Shah, Raghunath Shah, Rani Durgavati, Badal Bhoi, Ganjan Singh Korku, Manshu Ojha, Shahid Mudde Bai, Raghunath Singh Mandloi and many others, who were lost in the pages of history earlier.

Such an innovative and bold move by the Modi government will remove the veil of ignorance   around the tribal community and open a window for them to engage with the mainstream society. This public awareness movement will also usher in a change in our attitudes towards tribals and allow the tribal community an incentive to actively contribute to building an Atmanirbhar India.

Clearly, education and awareness are powerful tools to redeem people from socio-economic curses. Therefore, we need to establish a robust education infrastructure for the tribal society, undergirded by our belief in the words of Swami Vivekananda that Real education is that which enables one to stand on one’s own legs.

In 2019, a survey by the Tata Institute of Social Sciences (TISS) on tribal education revealed that the schools for tribals were located far away from their village settlements. This inadvertently isolated the tribal students from continuing their elementary education. Teachers’ apathy towards the tribal students alienated them further. Moreover, the situation was exacerbated by a lack of infrastructure like electricity, well-maintained toilets, putting the children at risk of diseases and abuse.

A report by a Parliamentary Committee on education observed that about 55% tribal students drop out of the formal schools at the primary level, while a whopping 71% choose to drop out at the secondary level. Many years of isolation from the mainstream and a plethora of cultural differences have created a chasm between tribal and mainstream learning styles. These distinctions have shown up in their low levels of learning outcomes, gaps in contextual knowledge, interaction styles and increase in drop-out rates. 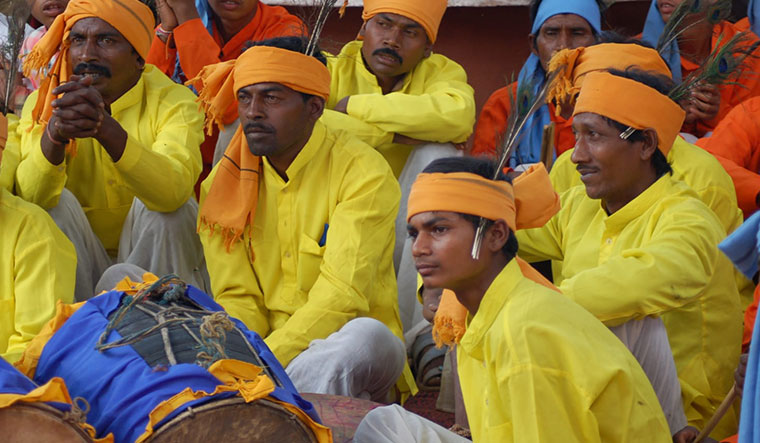 In this regard, the central government’s efforts to establish entities such as the ashram schools, Eklavya Model Residential Schools, Kasturba Gandhi Balika Vidyalaya, providing pre-matric scholarships and ensuring vocational training centres have brought about a semblance of positive movement. But we need the state governments to pull up their socks on providing holistic education in the tribal areas of the country.

Over the years, many educationists and policymakers have promoted various elements, usually kept outside of the consideration set, while planning to deliver education to tribal students. The importance of weaving these elements like tribal culture and language into the learning methodology would boost the cognitive abilities of the tribal students and help in strengthening the tribal education system in the country.

Even the Article 350A of the Indian Constitution states that every state must have adequate facilities to instruct the students in their own language. If the initial medium of instruction can be dispensed in the mother tongue, they could be gradually taught to learn the regional languages as well. States like Madhya Pradesh and Odisha have delivered remarkable progress in this direction by educating tribal children in their mother-tongue, which has created a deeper interest in these students to pursue higher education.

Madhya Pradesh boasts of having the largest tribal demographic in the country, which makes up for one fifth of the state’s population. The Madhya Pradesh government has made remarkable strides towards an all-round development of the tribals, especially in strengthening the status of education. The state government has increased its budget for tribal welfare for FY 2020-2021 to ₹8085.99 crore. This increase in the budget has not only shown the government’s intent towards tribal welfare, in general, but has also provided a larger bandwidth to make life easier for tribal students from class 1 to those pursuing higher education.

Known for his pro-women and pro-poor policies, the Shivraj government has launched ambitious schemes such as the Kanya Saksharta Protsaahan Yojana, CM Awas Sahayata Yojana, Vimukt Jati Hostel Yojana to provide tribal students with facilities like housing, food, and scholarships. The state is making huge investments in launching tribal scholarship programs to attract the tribal students to pursue higher education as well. Under the Mukhya Mantri Medhavi Vidyarthi Yojana, over 5000 tribal students have been admitted to prestigious colleges in the country to pursue higher studies. In the last 15 months alone, the MP government has disbursed ₹93 crore to more than 132000 students to continue higher education in other cities and other countries, under the CM Awas Sahayata Yojana.

This is a successful and workable example set by the Madhya Pradesh government for tribal upliftment. This model, sustained by clarity of vision, strong political will, administrative efficiency, and public education movement, must be implemented by other states. It will then cement the fact that the sacrifice of tribal leaders like Birsa Munda, Tantya Mama and others has laid the foundation of tribal upliftment in India.