From colourful coastlines to a grand cityscape, Sweden is a treat for tourists

The artworks and decorations at Solna Centrum subway station

In the beginning of December, the people of Stockholm in Sweden wait eagerly to welcome the first snow and they are quite excited about it. How do I know this? Having just finished a tour of the Swedish Laplands region, I decided to do a solo trip of Stockholm and as I was getting onto the plane from Kiruna (among the northernmost regions of Sweden), my phone buzzed with happy messages of newly made work friends telling me of the first snow. As I flew into Stockholm, the afternoon sky threw a magnificent blanket of warm light over snow-tipped trees, buildings and streets.

As the plane circles Stockholm, you take in the most populous city of Sweden. Made up of 14 islands, connected to each other with around 50 bridges (there are several easy modes of transport across the city) with the Baltic Sea in the background, I couldn’t wait to get started with all that I had planned for myself. Personally, I love to travel in a new city or country by public transport and the system in Sweden is so well connected, whether you take buses, subways, trams or ferries. An hour’s ride on the airport service Flygbussarna (airport coaches) and I was at my hotel in Brommaplan. A quick half an hour to settle down and I was off on my first adventure.

Stockholm is like most European cities—it is best explored on foot. Every stop you make, spend some time walking around and you will see the city from a whole new perspective. On my first evening there, I did the most touristy thing possible—I found my way to IKEA in Kungens Kurva, the largest outlet of the brand in the world. There is a free IKEA bus beginning at Vasagatan to take you there. If not, you can always find a mode of transport that is close to your starting point. Use the app SL Journey Planner to help chart the best routes. Walking around for a good part of 1.5 hours, I headed to the café and got myself the international favourite—IKEA’s meatballs and mash with gravy, a strawberry cheesecake and some tea. A brilliant end to my first evening in Stockholm.

I began my next day hopping from one metro station to another on an art walk. There are paid as well as free guided tours that you can take, but I preferred to chart out a route on my own based on other places along the route that I wanted to visit. When you are on the Green Line, step out at Kristineberg to take a look at the feline sculptures that line the platform created by Carina Wallert. At Fridhemsplan, the black and white line drawings are simply classy. The walls and floor at Radmansgatan come alive with the tile art that is based on the life and work of famous Swedish author August Strindberg. Perhaps the most mesmerising of station art is at Vastra Skogen on the blue line, where three platforms come together to make a massive cave-station that is done up by Sivert Lindblom. 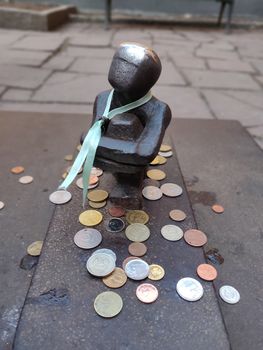 Remember the walking I spoke about? Get to the parliament area from the subway station and make a start from there. You will find yourself crossing bridges from one island to another, each giving you a spectacular view. Mark it on your map and make stops at the spot that marks the landing point of the Vikings. Move to the Gamla Stan (the old town area of Stockholm) and find the narrow staircase that leads to Prästgatan. The walls on either side of this staircase are covered with graffiti and it makes for some great ‘instagrammable’ pictures. Look for the smallest public monument of Stockholm called Järnpojke or Iron Boy, which is only 15cm high. He is nestled in an obscure garden patch, but you will find him thanks to the hordes of people looking to take pictures of him.

If you would rather not walk around, you could also consider taking a boat tour from one of the several companies that line the waterfront area. Time yourself in such a way that you get to see the change of guard at the Royal Palace, before or after you get off the tour boat. 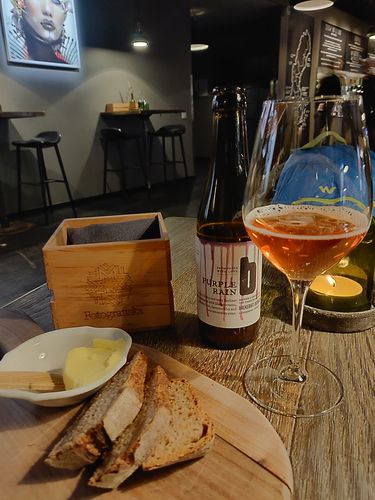 The one thing I realised walking around a few of the several museums of Stockholm is that they are not just about the exhibits. There is a lot of interactivity that they offer you. Take for example, the Abba Museum where you get to sing karaoke of your favourite Abba numbers or even dance with their holograms to the tune of ‘Dancing Queen’ and have a video taken. At the Vasa Museum, which is home to a salvaged ship that is more than 300 years old, you get to walk through exhibits that take you, quite literally, through the process of the making of the ship to how it sank. Step into the Nobel Museum and not only do you read about Nobel laureates and their achievements, through interactive kiosks, but you also get to see personal belongings, like the shawl that Malala wore when receiving her Nobel, besides others on display. The Spirits Museum takes you through the history of Absolut Vodka, encourages you to sing Swedish drinking songs and the hangover room is definitely a space you should challenge yourself to stay in. You can end your visit here with a sampler of Swedish Aquavits, the country’s most famous contribution to the world of spirits.

The idea of Swedish food often stops at meatballs. Of course this is something you must try, and there are so many versions beyond the classic beef and pork mix. Opt for some of the game meat versions—venison, reindeer, moose and the like. Meatballs for the People would be a great place to give it a go. If you are good with the idea of experimenting with fish, the several variations of pickled herring, often served even at breakfast buffets is definitely to try. If starting small, the breakfast caviar tubes over some crackers is a great meal. Swedes love their bread and so you will have a large variety of their breads to choose from—hard, soft and everything in between. Street food is not really a thing in Sweden, though you get some very filling versions of hotdogs at vending carts. 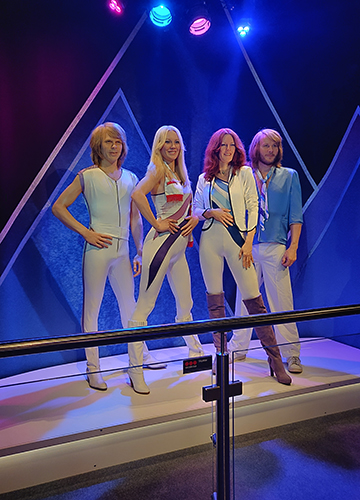 Swedish chefs are doing some fabulous work with sustainable, local produce and you must try and squeeze in a meal at Fotografiska. While it is famous as a museum, its café on the top floor is a must-do. Choose from a la carte or their set menus, pair it with a local beer and you are in for a treat. Chef Niklas Ekstedt’s eponymous restaurant in Stockholm is definitely one to try and his Christmas special at the old National Archives is something you should aim to try. A more fun brewery experience would be at Sorbon in Brommaplan, a brewery that does some great food and has 19 beers on tap. What is also interesting is that Sweden has quite an Asian influence and you will see a number of ramen and dimsum restaurants around, too.

Now if you are truly a food aficionado, then you may want to consider a culinary tour of the Swedish Lapland region, which has some brilliant things to offer. Club it with a stay at the Ice Hotel and it will be a winter holiday unlike any other.

Getting there: The only non-stop flight to Stockholm is from New Delhi. The most commonly opted for route is via Dubai, which can be done through Mumbai and Bengaluru. The flight to Dubai is approximately 3.5 hours and to Stockholm around 7.5 hours.

Visa: You will have to apply for a Schengen Sweden visa which will cost you approximately 04,700. Biometrics are needed for this visa and are valid for the next 4 years.

Accommodation: Sweden has a range of hotels, homestays and rentals you can choose from based on your budget and your personal requirements. An aspect I noticed was the option for window/windowless rooms as well as mini and micro rooms, which work really when you are a solo traveller. Keep in mind though that most hostels offer only shared toilets as do many budget hotels.

When to visit: Sweden is a country that offers diametrically different experiences in summer and winter and so you may want to visit once during each season. Be ready for all day sunlight and early sunsets based on the time of the year you are there.

Tips: Based on your itinerary and travel, research the Stockholm Pass (which gives you free entry to top sights), the Travel Pass (that gives you access to all modes of public transport) and the SL Travel App that helps you chart routes.