A list of locally available sources of phytochemicals to fight cancer 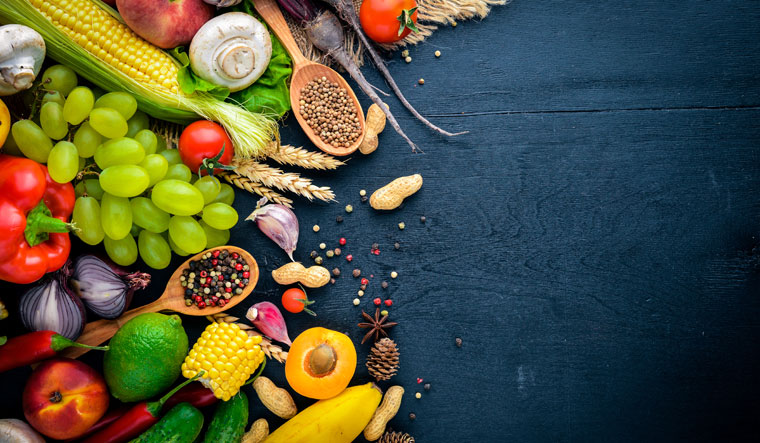 Cancer is one of the leading causes of death in the world. Anyone can get it at any age but the good news is that the preventives are found in nature. Phytochemicals, also called phytonutrients, are potentially helpful compounds found in plant produce. It aids in preventing chronic diseases, including cancer. It is the plant’s defence system against viral and bacterial attacks.

There are over 5,000 phytochemicals to choose from and it might not be possible to include all of it. But do not fret, here are a few locally available sources of phytochemicals to safeguard you from not only cancer but also various diseases.

Allicin: It has anti-inflammatory and infection-fighting properties. Present in garlic and onions, it is known to eliminate bacterial and fungal toxins.

Anthocyanins: This fighter of allergies and heart disease is abundant in pomegranate, purple grapes, brinjal, figs, plums and prunes. The purple hue to known to protect from tumours, inflammation and blood clots.

Bioflavonoids: Antioxidants are excellent for cancer prevention. Include lemon, orange, bell peppers, grapes and onions to get your daily fix.

Chlorophyll: This compound that gives the green hues to plants have some anti-mutagenic activity that stop the process of cell mutation by foreign substances. So, consume a lot of green leafy vegetables.

Coriandrol: It is not only a major phytochemical in coriander leaves but also a potent anti-carcinogen.

Curcumin: Present in the golden spice turmeric, curcumin not only prevents cancer but is also known to slow the spread of cancerous cells and make chemotherapy more effective.

Flavonoids: Most Indians cannot do without that 4pm cup of tea. Maybe, it is a good routine as tea contains immune-protective flavonoids. Cocoa, apricots, apples, pistachios and chilies are also rich in this compound.

Indoles: Found in cabbage, cauliflower and other cruciferous vegetables, this compound contains sulfur and activate agents that destroy cancer-causing chemicals.

Lutein: Reduce the risk of cancers, especially breast cancer, by including corn, pistachios, carrots, peas, pumpkins and leafy green which are rich in lutein.

Lycopene: When it comes to Indian savoury curries, the humble tomato plays a major role. Besides its tangy flavour, it is rich in lycopene—a compound said to reduce to the risk of cancer.

Quercetin: It is a phytochemical found commonly in apples, lettuce, tomato and onion; it has anti-inflammatory properties. In addition to fighting cancer, it prevents infections.

The reason our cuisine is revered all over the world and leaves everyone licking their fingers is the varied spices that are added to it. These spices were intelligently incorporated in our cuisine by our wise ancestors who had recognised its healing powers. Phytochemicals are found in cinnamon, cumin, caraway seeds, chili powder, turmeric, ginger, mustard seeds, coriander, black pepper and clove. So, make sure you own a ‘great Indian spice box’.

Setalvad is a nutritionist based in Mumbai.

Got a question for Naini? Write to us at slife.theweek@gmail.com