Deferral of Olympics could be blessing for Neeraj Chopra 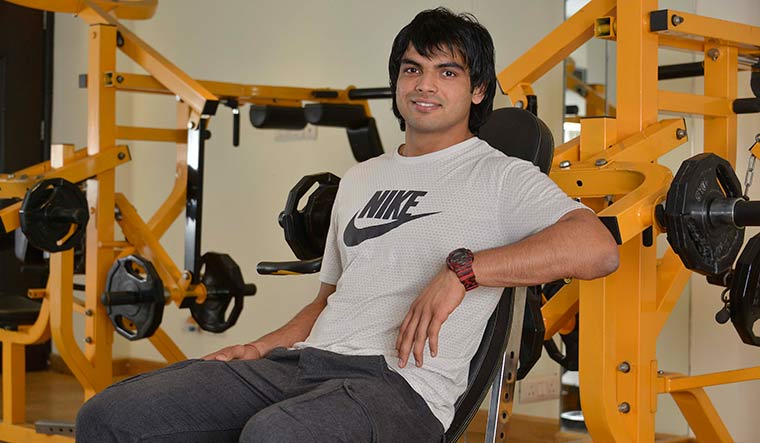 As the new decade dawned, the Indian Olympic contingent had its eyes fixed on Tokyo 2020. The fans in turn set their gaze on a bunch of medal hopefuls. Among them was one of India’s finest throwers of the javelin. Neeraj Chopra, who spent most of 2019 nursing an elbow injury before undergoing surgery and rehabilitation, was raring to go. He made a stunning comeback, qualifying for the Olympics with ease. Just as he was about to hit top gear, the blow fell. The Olympics was moved to 2021.

Unlike most athletes, Chopra took it in his stride. “I think I would have been ready for the Olympics had they gone on as scheduled,” he said. “However, with the postponement, I feel I would be able to get more time to fine-tune some of my technical skills and am looking at it as a positive in terms of my preparations. For now, I’m hoping and praying that we can all get through this pandemic safely, but the chance to represent India and do well at the Olympics is always in my mind.”

Perhaps it is the fact that he has age on his side that keeps him optimistic. He is 22 now. At just 20, Chopra set the national record by throwing a gigantic 88.06m on his way to gold at the 2018 Commonwealth Games. He followed it up with another gold at the Asian Games the same year. Everybody knew that his best years were ahead of him and that he was destined for great things. But the young gun felt no pressure. “I don’t take any sort of pressure from the talks about my prospects. I feel honoured and privileged that people talk this way about me and my performances. It motivates me that people rate me so highly and want me to do well, which is a good feeling,” he said.

Chopra hails from Khandra, a village in Panipat, Haryana. He was born into a family of agriculturists and was the eldest among the children in a joint family of 17 members. “Growing up, I was pampered a lot, and since no one at home was into sports, it didn’t come naturally. In fact, I had become overweight when I was 13, and it was my uncle who coaxed me to go to the stadium in Panipat for some exercise. It was at this stadium that I got introduced to the javelin by chance,” said Chopra.

He was encouraged to pursue the sport by his seniors. In a country that does not boast of many illustrious javelin throwers, Chopra took inspiration from Jai ‘Jaiveer’ Choudhary, his first coach. But as he began to master the sport, his attention turned towards arguably the greatest javelin thrower of all time—world record holder Jan Zelezny. 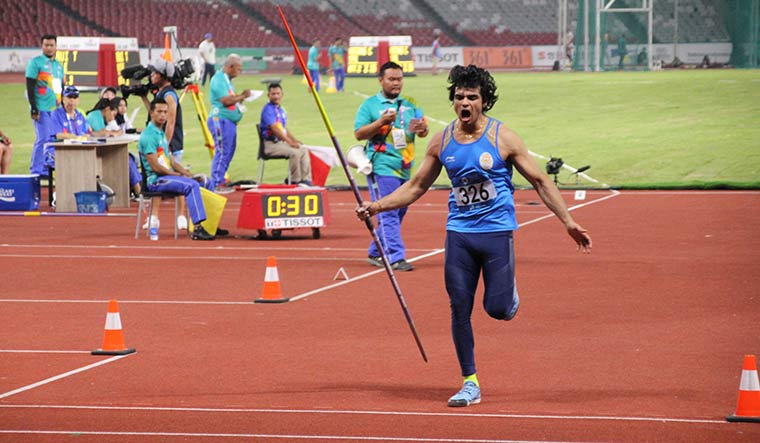 By carefully studying Zelezny’s videos, Chopra modelled his throwing style based on the Czech’s. And probably with good reason. Besides holding the world record (98.48m in 1996), Zelezny also has the second, third and fourth best throws of all time. For over two decades, sports scientists have examined how Zelezny used his whole body to full effect to release the spear, and have tried their best to help youngsters do the same. It has worked to an extent, but the record remains elusive.

But before Zelezny could establish his insurmountable peaks, there was a lot of churning and adapting involved. The late 1980s brought new regulations in javelin throw that shifted the centre of gravity in the spear. The ruling bodies flip-flopped on this change for several years before finally settling on the specifications that are in use today. While others found it hard to adapt, Zelezny worked on every small detail of his run-up, grip, posture, movement and release to achieve near perfection.

It could be said that in 2019 Chopra had a similar experience. He realised that his current technique was causing much strain on his elbow and had to make radical changes in his run-up and the positioning of his elbow to push the boundaries. After his surgery in May, he sat out the entire 2019 season to recuperate and work on his technique. He underwent extensive rehabilitation at the Inspire Institute of Sport in Bellary first, and then as NIS Patiala.

“It was a very difficult phase of my career since it was the longest period away from competitions,” he said. By the end of the year, though, he was a different animal.

In his first competition in over a year, at the ACNE League meet in South Africa in January this year, Chopra recorded a throw of 87.86m almost effortlessly. It was the second-best throw of his career, when he only needed to cross 85m to qualify for the Olympics.

The hallowed 90m mark is firmly in his sights. But he is not too worried about it. “I don’t try to keep any targets in terms of the 90m mark, I just focus on doing my best in each competition and am confident that the mark will come at some point,” said Chopra.

Chopra’s training regime varies over the year. During the off-season, the focus is on strength and conditioning and building core strength, speed and flexibility. During the competition season, the focus is on recovery and minor technical tweaks to iron out flaws. He sometimes shares his javelin-specific exercises on his social media handles. “In terms of diet, there’s nothing specific except for trying to have a nutritious diet and keeping away from sweets,” he said.

He was training in Turkey in March when the Covid-19 pandemic started to force lockdowns around the world. Chopra and his coaches quickly returned and he quarantined himself at the National Institute of Panipat for two weeks before resuming training at the facility. “I speak to my family regularly and am in touch with them, but it is not very different since as an athlete, I am used to spending a lot of time away from home,” he said.

The change in schedule, location and conditions would have surely affected his rhythm, but Chopra continues to be nonchalant about it. Much of the training he did in South Africa between December 2019 and February 2020 with other top javelin throwers has helped fine tune his game after a lengthy spell off the track.

“They say a lion always takes a step back before attacking,” he said. “I think of a setback in an athlete’s life like that, so I ensured that I gave my 100 per cent during the rehab phase so that I can be at my best possible shape on return.” It is this new-found motivation from a difficult 2019 that has moulded him mentally, more than anything, to scale greater heights in the years to come.