The resilience of an author battling von Hippel-Lindau syndrome 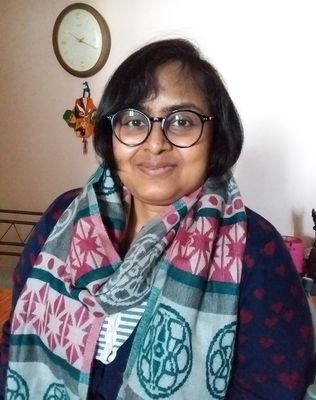 Even as the world wages a war against Covid-19, Payel Bhattacharya has been fighting a battle of her own. For the last 40 years she has been living with a rare disease and complications arising out of it, and in the prevailing scenario that mandates a strict lockdown, the challenges of daily living have compounded like never before.

Bhattacharya was diagnosed with von Hippel-Lindau or VHL syndrome in her early teens. It is a rare, genetic multi-system disorder in which the capillary growth goes out of control. Capillaries that usually branch out like trees in normal people form knots or non-cancerous tumours in different organs of a VHL patient. Slow-growing hemangioblastoma—benign tumours with many blood vessels—may develop in different parts of the body including the brain, spine, retinas, near the inner ears, lungs, liver, pancreas and kidneys. When the tumours are treated in one organ, they move on to the next organ and so on. When she began experiencing frequent headaches, loss of balance, dizziness, weakness of the limbs, vision problems and deafness in one ear, she went for a quick check-up. A mutation test revealed how the tumours were slowly affecting her organs. The VHL disease is so rare that one in 36,000 people across the world have the VHL gene and the disease manifestation is even rarer. Many patients die before they turn 30. 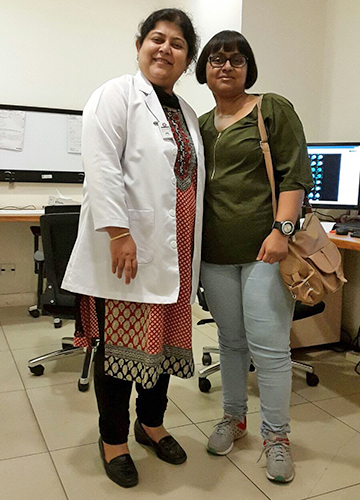 In Bhattacharya, VHL became the underlying condition leading to several other life-threatening complications such as trigeminal neuralgia and hypoparathyroidism. Till date, the writer of psychological thrillers, who lives with a sexagenarian mother in suburban Delhi, has survived 15 surgeries, frequent bouts of stabbing pain, thyroidectomy, a liver transplant, multidrug resistant tuberculosis and kidney cancer. In all her 40 years with the disease, not a single day has passed where she didn’t have to take medicines—12 on average now and heavy immunosuppressants, too. Not once did she feel like a “normal person” who could perform rudimentary cognitive functions, one who could hop, skip and jump without a care in the world. Her food intake is limited to liquids, soft and mashed food and she cannot remember the last time she tasted chocolate, relished an ice cream or any other dessert for that matter.

“I never had a normal childhood,” says Bhattacharya. “All my life-saving surgeries and treatments and diagnoses happened in the nick of time. One of those malicious tumours sitting on my optic nerve in the brain makes me partially blind. Not even those killer sessions of radiation therapy could shrink it. Those tumours, especially the nasty ones popping up in my brain make living every day a constant fight.” About a year after her liver transplant, Bhattacharya lost her father. 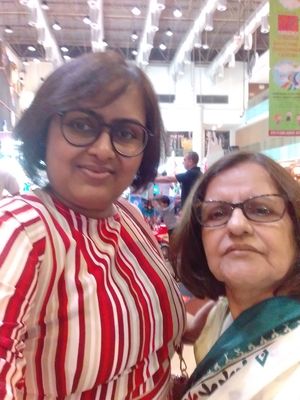 Payel with her mother

She needs assistance for daily activities as she is not allowed to climb stairs, lift weights and is restricted in her movements, necessitating the use of a walking stick. Moreover, after undergoing trigeminal neuralgia, which acts on facial muscles, she has also had trouble speaking for long durations. In 2008, she underwent a liver transplant for multiple hemangioblastomas in the liver. That was the first time the tumours resulting from VHL were seen and Bhattacharya and her family knew it was only the beginning. It was only a matter of time before the tumours would move to the other organs. Prior to that, she had hemangioblastoma related craniotomy and thyroidectomy. Thereafter, she developed multiple symptoms of VHL involving different organs and underwent CyberKnife radiosurgery for lesions. CyberKnife is an advanced form of radiosurgery that delivers high doses of precisely targeted radiation to destroy tumours or lesions within the body.

“Because of VHL she had multiple tumours in her liver for which she underwent liver transplant. That in turn led to medicines such as immunosuppressants which reduce the immunity of the patient so that the body does not reject the transplanted liver. Because of those drugs, her immunity went down and she contracted tuberculosis of the knee and the abdomen. Again, the VHL acted up and that led to lesions or tumours in the brain for which she underwent radiotherapy. So, each time, a certain disease was tackled, the other one would pop up,” explains Dr Ishita Sen, director and head, department of nuclear medicine, Fortis Memorial research institute, Gurugram. She treated Bhattacharya and detected a tumour in her kidney. “Such patients are also prone to having malignant tumours of the kidney. So, we had to take out a part of her left kidney and kept the rest of the kidney intact. During all this time, the tumours in the brain kept mushrooming due to the VHL,” explains Sen. Even now there is one tumour which is pressing against Bhattacharya’s optic nerve, which is why she is partially blind in one eye. “But there is nothing much we can do about it,” says Sen, explaining that the techniques do not allow for the touching of such sensitive areas. 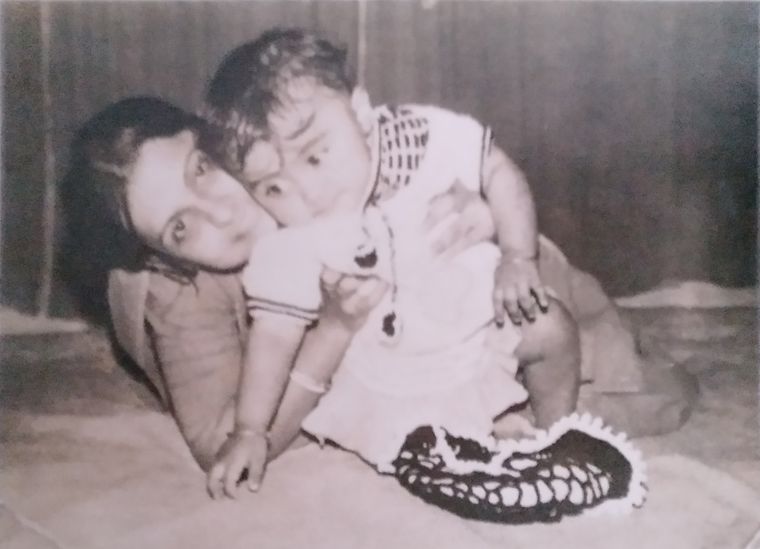 Bhattacharya never got married. Doctors had mentioned that the disease she is carrying has a high chance of being passed on to her progeny. Hailing from a wealthy Bengali family, she was the most cared-for child of her parents’ two children, until her father passed away. Since then, life has never been the same.

In March 2015, she underwent partial nephrectomy of the left kidney for malignant tumours. The same year, she received external beam radiation therapy (EBRT), which is the conventional technique for administering radiation therapy to the brain, again for the tumour near the optic nerve and hypothalamus. Bhattacharya has also had incisional hernia repair and this year in March, just as Covid-19 was spreading in the country, Bhattacharya completed CyberKnife treatment for her right trigeminal neuralgia. She was due for CyberKnife surgery for her bilateral trigeminal neuralgia, for which she would have had to travel to Mumbai on May 17. The lockdown spoiled her plans. She lives with her mother and tries to read up all she can on VHL. “She is an extremely spirited girl and knows more about her condition than even the best of us,” says Sen. Bhattacharya is also actively helping others who may be suffering from rare diseases just like her. 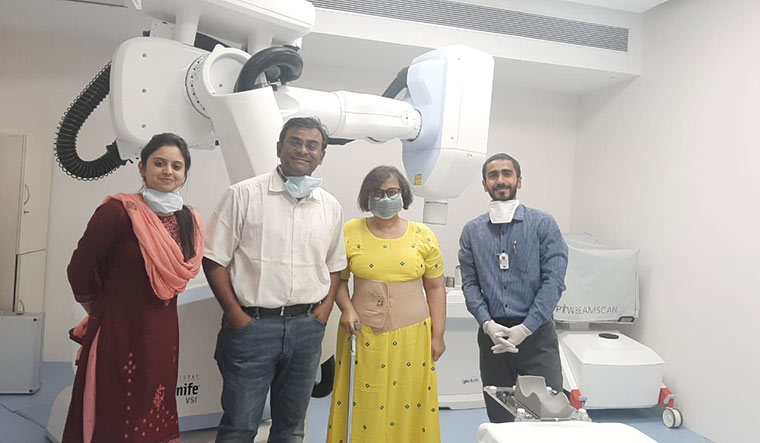 Payel just before the CyberKnife procedure

“It seems that my time with surgeries, medicines, hospitals and doctors will never end, and I will die with it all,” says Bhattacharya, sounding sombre over the phone. According to Dr Thyagarajan Srinivasan, senior consultant liver transplant and hepatobiliary surgeon and chairman of Medanta Institute of Liver Transplantation and Regenerative Medicine, Bhattacharya might encounter surgeries multiple times in her lifetime. “This is because VHL varies in multiple organs. There is no consistent set of symptoms in each person. Every incidence of the disease has its own diagnostic evaluation and it can’t be predicted how many and how often tumours might recur in specific organ systems, creating problems and leading to further surgeries,” he says. Treatment of VHL varies according to the location and size of the tumour. In general, the objective of the treatment is to treat the tumour before it grows into a size large enough to cause permanent problems. “It is a very rare and debilitating disease and has affected every organ of the body. These are sinister, very malignant tumours,” says Sen, talking about lesions resulting from VHL.

It is anybody’s nightmare to be in the situation in which she finds herself, feels Bhattacharya. “I try and write books, and the pain that comes along with typing continuously on the laptop with one eye, is indescribable,” she says. “There have been moments when I have felt as if my eyes were on fire, even as tears kept trickling down my cheeks. The pain at the back of my head doesn’t budge and the body’s many aches subside only momentarily. My trust in the cosmic spirit who created me and my will to enjoy this beautiful world with mum where little birds still sing on the trees and there is still warm sunshine waiting for me, make me bold enough to fight the cruelty of the pain gnawing into me and destroying my life. I have waged a war against VHL and I will not submit to it.”