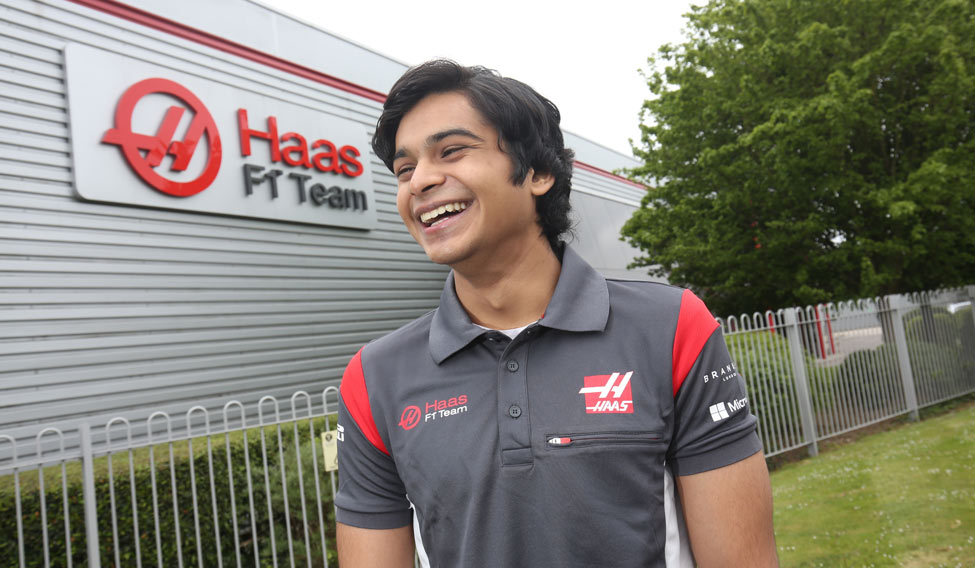 In what is bound to reignite interests among Indian F1 fans, 19-year-old racer Arjun Maini could well be the third Indian to feature on the F1 grid in near future. Haas F1 Team on Thursday announced that it has signed Arjun Maini as a development driver alongside 18-year-old American Santino Ferrucci. Maini, from Bengaluru, will follow in the footsteps of Narain Karthikeyan and Karun Chandok—the two Indian Formula 1 drivers who put India on the F1 map of the world.

In a statement released by his publicity managers, Maini said, "It’s an honor to be a part of Haas F1 Team’s driver development program. All of my racing to date has been with the focus of becoming a Formula One driver, and this opportunity puts me one step closer to my goal. I am eager to learn, understand and experience how a Formula One team operates. Everything I learn can be used immediately in GP3, while preparing for my ultimate goal of Formula One.”

Maini will be embedded with Haas F1 Team attending races and tests throughout the year, while also participating in the team’s simulator program.

Maini hails from a racing family. His father Gautam Maini was a national racing car driver in the 1990s, competing in the Formula India Single seater Maruti Engine series. Arjun's sibling Khush also competes in the national Karting championship. Arjun has come through the ranks—starting from the karting championships and winning the MRF Mini Max championship in Rotax and 4 stroke class before he turned 10. Arjun took part in the JK Tyre Rotax Max Junior Max National Championship at the age of 11.

Haas F1 Team made its debut in 2016, becoming the first American Formula One team since 1986. Now, in its second season, Haas F1 Team is looking to build upon its impressive first year, where it finished eighth in the constructors standings with 29 points. Its current FI drivers are Romain Grosjean and Kevin Magnussen. Founded by Industrialist Gene Haas, Haas F1 is based in Kannapolis, North Carolina.

"As Haas F1 Team continues to mature, we must look toward our future and develop potential talent," said Guenther Steiner, team principal, Haas F1 Team. "Arjun was successful in karting and has transitioned well to various Formula series and now GP3. We’ll keep a keen eye on his progress this year."

Arjun moved abroad to pursue his racing dreams, winning the  2013 Formula BMW Super Six Series in Asia and finished second overall in the 2014 BRDC Formula 4 championship. In 2015, Maini competed in the Toyota Racing Series New Zealand and finished fourth in the standings.

Your form could not be submitted.
This browser settings will not support to add bookmarks programmatically. Please press Ctrl+D or change settings to bookmark this page.
Topics : #Formula One