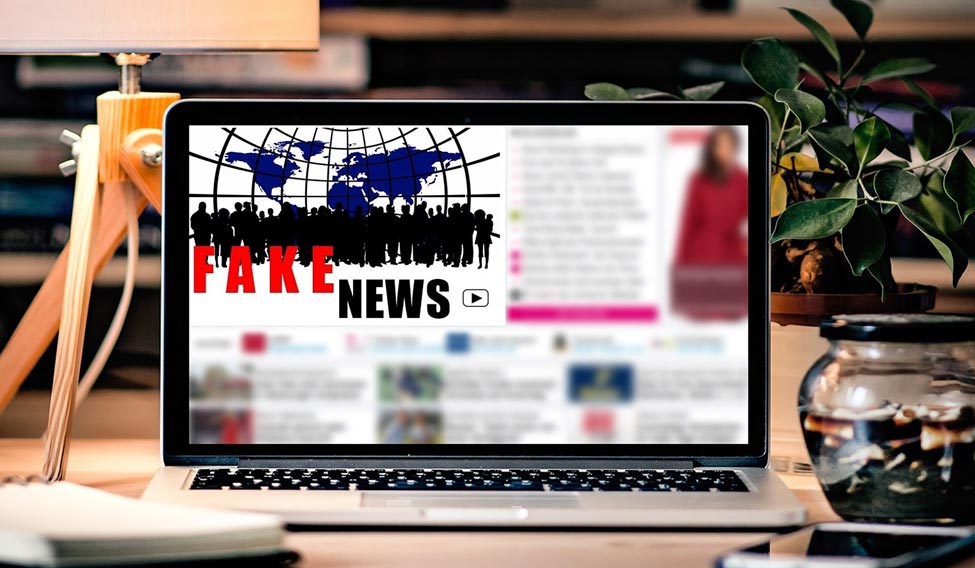 The spread of fake news in recent times is alarming because of the wide reach of the Internet. Everyone is up-to-date, has accounts on popular social media platforms and is connected all the time with regard to what’s happening around them. This calls for reinforcing the coverage on such news and ensuring that malicious content does not corrode our conscience.

Most of us are, unfortunately, part of that WhatsApp family group where every uncle and aunty share everything from ‘Good Morning’ forwards and questionable “facts” to funny memes and vivid videos. What is even more unfortunate is how much information they “forward as received” that are not true. For example, UNESCO declaring the Indian National Anthem as the best anthem in the world. Sorry to burst the bubble, but the duties of UNESCO doesn't cover sitting and listening to every nation's anthem and selecting the best. A lot of people fell for that one. As they did for another one―the message that pops up a day or two before February 14 every year declaring that as Indians, we must shun the western practice of celebrating Valentine’s Day because “did you know that Bhagat Singh was martyred on this day?” No, my dear friend. If you had just taken the time to look it up, you would know that Singh was martyred along with Sukhdev and Rajguru on March 23, 1931.

These false news and content is not just spread through WhatsApp. Even mainstream media unintentionally falls prey to it, but by the time it is realised, the damage would have already been done. There have been many instances when people, especially politicians, have used false news or “post truths” to further their means. To keep track of it all is nothing less than a Herculean task. However, websites and social media accounts have taken up the task to debunk such content before it makes any serious damage and make sure that the spread of such malicious content is minimal.

Let's look at some cases of false news that made rounds in popular media recently.

The US President Donald Trump’s much-loved pastime seems to be calling all mainstream media, except Fox News, fake. And his favourite target happens to be CNN. Despite that, it hasn't stopped Trump from spreading false claims about the size of the crowd that turned up for his inauguration or the creation of large number of jobs during the first six months of his presidency or that his tenure so far has ensured that the US economy is in a far better shape than when Obama had been president.

He is not alone. His former campaign manager and present counselor, Kellyanne Conway has also been called out for “making up news”. To justify Trump's imposition of a travel ban on seven Muslim countries, Conway invented the “Bowling Green massacre”. No such massacre had occurred in the US. However, she brought it up again on two more occasions saying that Iraqi refugees had “refined their terrorism skills” and killed soldiers in US soil at the Bowling Green massacre. It was clear that it was a deliberate attempt to spread false news and scare people into accepting the travel ban. Also, it may be recalled that Conway strongly stands by “alternative facts”.

Britain too has had to deal with its share of bogus information that was being fed to the public in order to sway the public's vote to 'Leave' in last year's Brexit vote. UK Independent Party and the Conservatives had widely advertised that 350 million pounds was sent to the EU per week and instead it should be diverted to the National Health Service, if Brexit happened. Truth of the matter is neither was the UK sending 350 million pounds (it was less than 160 million pounds) to the EU nor was it capable of funding that much much money into the NHS. 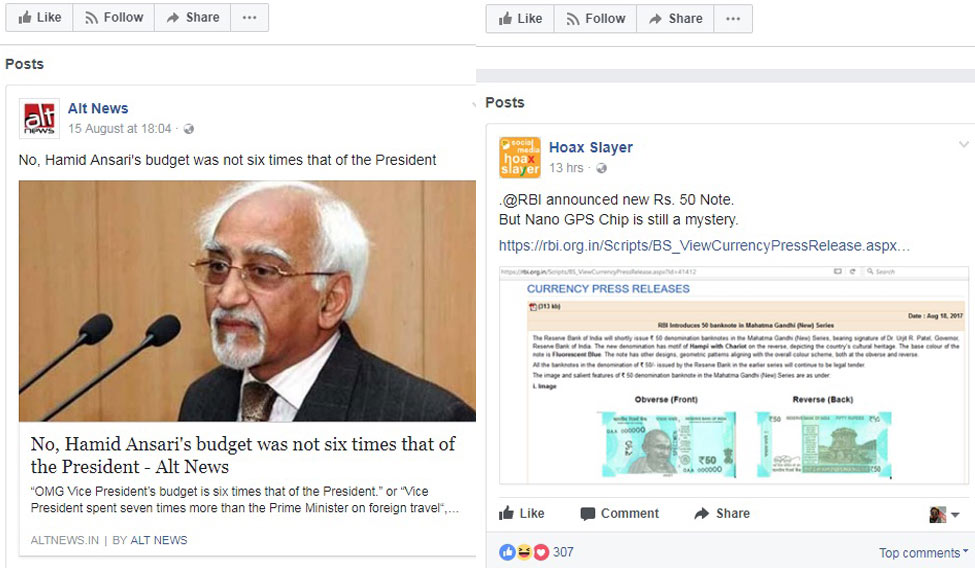 Closer home, we battle photoshopped pictures and monologues on what a blessing our government is for our country every day. Let’s look at the statistics that were thrown at us recently by our leaders and their advisors. Speaking at the Economic Survey 2016-2017, Chief Economic Advisor Arvind Subramanian said that 5.4 lakh new taxpayers have been added post demonitisation. Union Finance Minister Arun Jaitley said that 91 lakh taxpayers have been added since the same. Prime Minister Narendra Modi, during his Independence Day speech, said that the number of taxpayers added since demonitisation is 56 lakhs. So, who is giving you the correct figures and who is misrepresenting facts and why?

Pankaj Jain, founder of SM Hoax Slayer, a website that calls out fake news circulated in mainstream and social media, says that he started Hoax Slayer as he was annoyed at the barrage of false news he received on WhatsApp from friends and relatives. But he points out that it is fear that drives them to forward these messages. “Most people spread such stories to create fear or advance their propaganda, but don’t realise the consequences that misinformation leads to.”

“People are not open to any view other than their own. They are biased in their opinions and won't agree or accept the other side of a story,” says Jain. “It can get ugly as people are brainwashed into thinking there is only way to look at things, and becomes a problem when it incites violence or riots.”

A month and a half ago, West Bengal witnessed a spate of violence in Basirhat, North 24 Parganas district when communal tension rose over a Facebook post depicting a morphed image of the Prophet that was shared by a 17-year-old. Several people, including BJP Delhi spokesperson Nupur Sharma, later shared pictures showing burned down vehicles claiming it to be from Basirhat when it was, in fact, from the Gujarat riots in 2002.

“Because of lower rates for mobile data, Internet is easily accessible and reaches everyone, even in rural areas,” says Pratik Sinha, co-founder of AltNews, another website that fights fake propaganda. “People who are not aware that the Internet has been available for almost 30 years tend to believe all the information bombarded on them through WhatsApp.” He cites the case of the Jharkhand lynchings in which a mob, after receiving WhatsApp forwards about child abductors in the area, had caught hold of a group of men, mistaking them to be kidnappers, and beat them to death.

AltNews describes itself as “an anti-propaganda site”. Similar to SM Hoax Slayer, it aims to expose fake news and social media accounts that spreads false propaganda. Thanks to these accounts, social media users have become more aware of the spread of such content and are quick to turn to these websites to verify whether the information given is legitimate or not. Both SM Hoax Slayer and AltNews agree that after the Rs 2,000 note was introduced and the news about the nano chip made rounds, people sat up and noticed how far the impact of spreading such rumours would go. Jain says that he receives almost 60-70 queries on a daily basis from people asking him to check on the authenticity of a news item or photo.

Apart from calling out fake stories, AltNews also brings out the process that goes into it. “Because we not only want to expose those who distribute such news, but also educate people on how to identify fake news,” says Sinha. The research that goes behind publishing each story also goes online. A YouTube tutorial on how to do a reverse image to identify when and where a particular photo is from also helps people do a simple check.

Sinha agrees that since he started AltNews in February 2017, the number of fake stories has definitely gone up. “It should be a community effort to stop such news from spreading.”

Your form could not be submitted.
This browser settings will not support to add bookmarks programmatically. Please press Ctrl+D or change settings to bookmark this page.
Topics : #Media | #social media