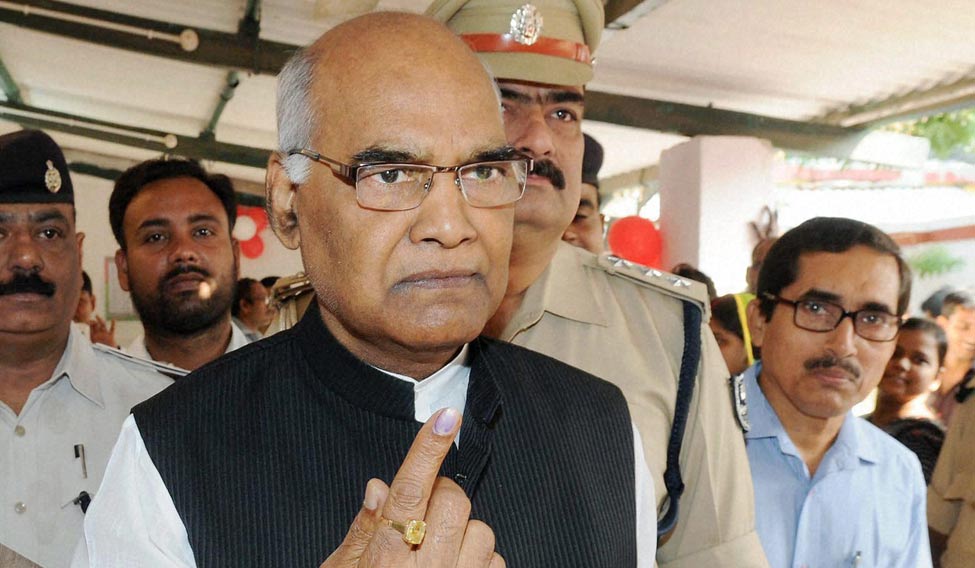 Springing a surprise, the BJP on Monday named Bihar Governor Ram Nath Kovind, a dalit and a BJP leader, as the ruling NDA's candidate for the July 17 presidential election.

"We have decided that Ram Nath Kovind will be the NDA presidential candidate," Bharatiya Janata Party president Amit Shah said after a nearly two-hour long meeting of the party's parliamentary board, attended by Prime Minister Narendra Modi and other senior leaders, in New Delhi.

He said the BJP and the National Democratic Alliance had been discussing the presidential election for long.

"The BJP also discussed the issue with all political parties and several sections of the society. After this, a long list (of candidates) was prepared which was discussed during the parliamentary board meeting," Shah told the media.

Kovind, 72, who emerged as the dark horse, is likely to file his nomination on June 23, he said.

While all NDA allies have been informed of the BJP choice, Prime Minister Modi talked to Congress president Sonia Gandhi, former prime minister Manmohan Singh and other leaders about the NDA's choice, the BJP president said.

"Ram Nath comes from a dalit family and has struggled a lot. We hope he will be the unanimous candidate for the election," Shah said.

An advocate by profession, Kovind was made the governor of Bihar two years ago after the NDA took power in the Centre in May 2014.

He had practised law in both High Court and the Supreme Court.

Your form could not be submitted.
This browser settings will not support to add bookmarks programmatically. Please press Ctrl+D or change settings to bookmark this page.
Topics : #President Election 2017