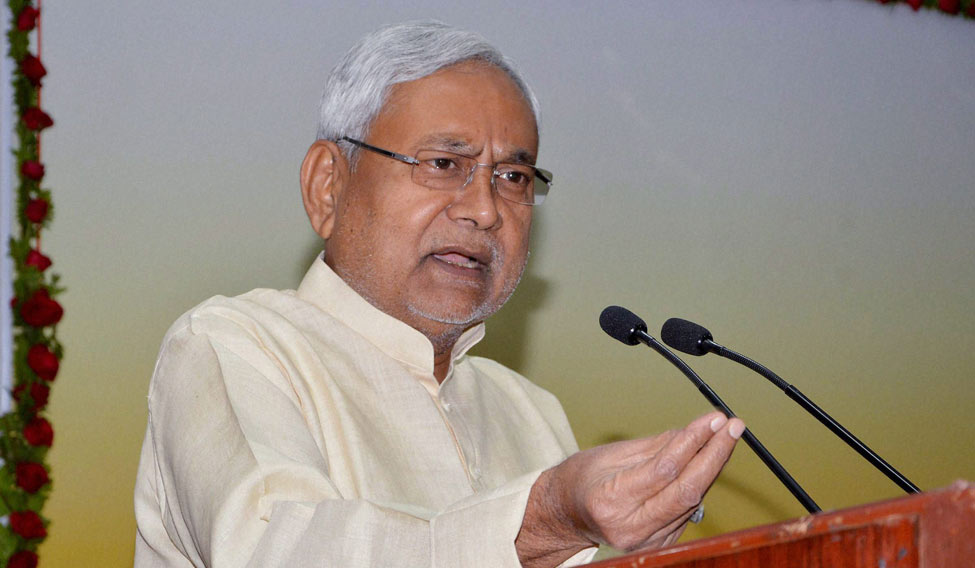 Bihar Chief Minister Nitish Kumar said he was trying to play a "catalyst" to unite anti-BJP forces to defeat the saffron party and was not a claimant to any post but added that "if a person is destined to become the Prime Minister, he would become the PM one day".

"I am not a claimant to any post. All I am saying is that we all should unite (against BJP). Is it a crime to appeal the people to unite," Kumar said while addressing JD(U)'s national council meeting which formally approved his election as the new national president of the party.

He said that "time will decide the issue of leadership" and if a person is destined to become PM, he will become one "whether you name him or not".

"First of all, we should unite (against BJP). Everybody needs to make sacrifice. Grand Secular Alliance would not have taken shape if I and Lalu Prasad had not sacrificed for a particular cause," he said.

Just days earlier, Kumar had called on parties to unite for a "Sangh-free" country and repeat the Bihar experiment at the national level to oust the BJP in the 2019 general election, triggering speculation that he could lead such a front.

"And the person's dream never fructifies if he declares himself as the PM candidate," Kumar said.

Kumar's name was proposed by outgoing party president Sharad Yadav as his successor and around 1,000 party delegates from across the country ratified his election.

The national council was convened to ratify Kumar's nomination as president by the party's national executive committee on April 10 in New Delhi. Kumar replaced party veteran Sharad Yadav, who held the post for a decade.

Coming down heavily on BJP government at the Centre for its "failure" to fulfill its promises and "dividing the society on religious lines", Kumar said that if there is unity among anti-BJP forces at the Centre, BJP will not be successful in 2019 Lok Sabha polls.

Assuming his role as a "catalyst", Kumar prescribed a 'Grand Secular Alliance' model on the lines of Bihar to defeat BJP.

"We defeated the BJP in Bihar Assembly polls by forming a Grand Secular Alliance and we will be defeating BJP with this model in Lok Sabha elections too," he said.

"Be it merger, alliance, understanding whatever it may be, I want the largest possible unity of anti BJP forces. That I will continue to do. We do not have any personal interest in doing so," he said.

Warning that the country is facing the challenge of BJP/RSS ideology, he said that BJP has forgotten all the promises made by it in 2014 Lok Sabha elections.

"Where is black money which it has promised to bring back", he questioned while reminding that BJP president Amit Shah had termed it a 'jumla'.

Ridiculing Narendra Modi government's schemes like Start up India, Kumar said that "every day we hear a new slogan. Today we hear Stand Up India, tomorrow it will be sit down India, lay down India and sleep for ever India.... Slogans must be translated into reality."

Kumar said that he would participate in the movement for implementing prohibition across the nation as in Bihar and he would start his campaign from neighbouring Jharkhand and Uttar Pradesh.

Your form could not be submitted.
This browser settings will not support to add bookmarks programmatically. Please press Ctrl+D or change settings to bookmark this page.
Topics : #Nitish Kumar