Modi waived off Rs 110,000 cr of loans of his industrialist friends: Rahul 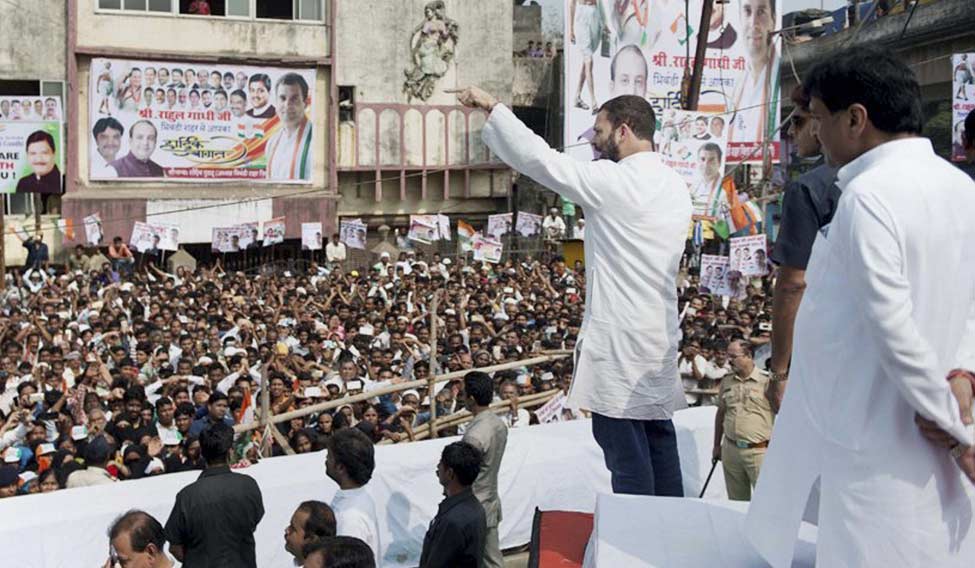 Rahul Gandhi addresses his supporters outside a court in Bhiwandi | PTI

Training his guns on Prime Minister Narendra Modi, Congress Vice-President Rahul Gandhi on Wednesday demanded action against his friends and those who are hoarding black money.

Addressing a large group of Congress activists in Bhiwandi, he alleged that in the past couple of years, Modi has waived off over Rs 110,000 crore of loans to a handful of 15 industrialists, with whose help the country is being run.

"Now, through demonetisation, he has taken money from each citizens' pockets to give it to these industrialists who are his friends no action has been taken against them we demand action against Modi's friends and those who have hoarded black money," Gandhi said.

He predicted that the money collected from the public after demonetisation of Rs 500 and 1000 currency notes, would go back to the pockets of those 15-20 industrialists and others "within one year".

He asked the large gathering of Congress activists from Mumbai and Thane - "Did you get your Rs 4000? Have you got the indelible ink mark?" to which they disapprovingly roared "NO".

Gandhi pointed out how each and every citizen in the country was suffering today because of demonetisation and have been put to immense hardships.

A magistrate's court in Bhiwandi granted bail to Gandhi who was accused in a defamation case, filed by a Rashtriya Swayamsevak Sangh activist, Rajesh Kunte.

The next for hearing in the matter has been fixed for January 28, 2017.

Later, he addressed a huge crowd of Congress activists in this Muslim-dominated powerloom town, Gandhi, saying he had come "to fight" the ideological war against the RSS.

"On one hand it's a fight for independence versus slaverya They want everybody to bend before them as they want to rulea But they cannot enslave this country as the ideals of Mahatma Gandhi are enshrined in our hearts," Gandhi said.

En route to Mumbai after the court hearing, Gandhi stopped at a bank near a toll tax point on the outskirts of Bhiwandi, interacted with people and shared their grievances.

Your form could not be submitted.
This browser settings will not support to add bookmarks programmatically. Please press Ctrl+D or change settings to bookmark this page.
Topics : #Rahul Gandhi | #black money