'India-Israel ties not just strategic, can even cooperate to ensure energy security' 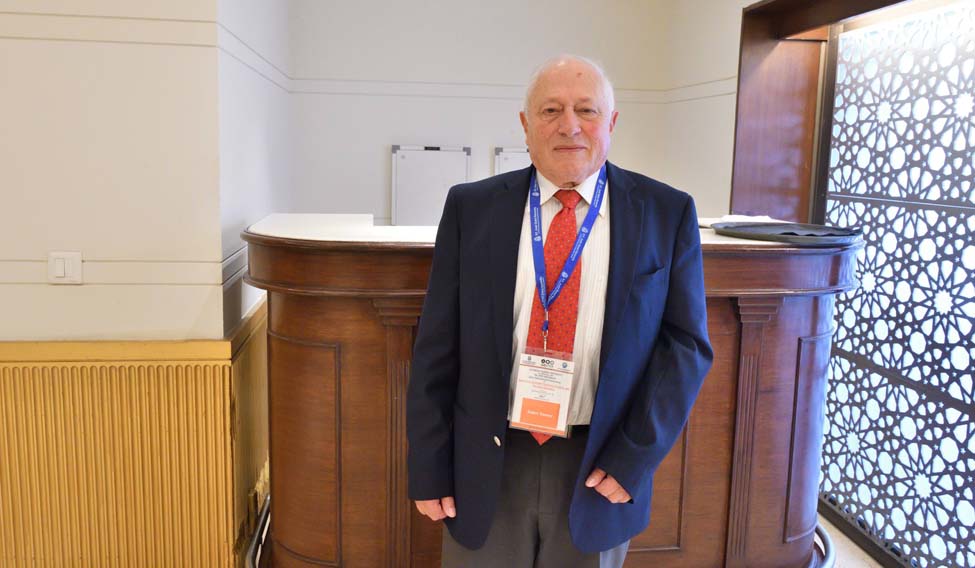 Prof. Asher Susser, director of external affairs at the Moshe Dayan Centre for Middle Eastern Studies in Tel Aviv University, has a regret. He hasn't been to India earlier.

Hailed as one of the foremost experts in Middle East history, Susser was in India last week to take part in an international conference organised by the O.P.Jindal Global University, in collaboration with Tel Aviv University. He concluded the two-day visit with a resolve: He will come again. Excerpts from an interview with Prof. Susser.

It has been 25 years since India and Israel established diplomatic relations. Now, the prime minister of the country is visiting Israel for the first time. What are the factors cementing this relationship?

India and Israel have several common interests in the field of security, technology and economy. But that is not all. Israel has very difficult relationships with its immediate neighbours. The association with India was a great breakthrough for Israel. It cemented Israel's legitimacy in the comity of nations. Without this relationship with India, Israel's diplomacy is not complete. We ought to engage key countries of the world—not just the United States, European Union or others. India is a major player in the global scene today, and an emerging power. We ought to be engaged with India.

What prompted that reach-out? Was it the end of the Cold War?

Even during the Cold War, there were no bilateral problems. There were no issues of historical underpinnings. This was not the case with several countries in Europe, where the Jewish experience was not a very happy one. So we could forge an easy and natural relationship, which we couldn't do with, say, Poland or Germany. The end of the Cold War became a turning point when India and Israel found that there were several common interests. It became very easy to reach out. Don't forget Oslo. We made that breakthrough in the Oslo accord [when Israel recognised Palestine's right for self-determination]. It made it easy for India and several other nations to reach out to Israel.

Palestine had always been an issue. India has always maintained a stand that was disapproving of Israel's policy on Palestine.

We know that India supported the other side. But that was nothing compared to our problems with many European countries. India's stand on the issue did not create any significant negative impact.

Is there a convergence of strategic interests now?

The relationship today is more than strategic. The ties have matured into several other areas, such as science and technology, economy and so on. Now, we can cooperate even in ensuring energy security.

Let us talk about India. Israel has been supplying a lot of technology that several others are not ready to part with. We know how you had shared your surveillance capabilities during the Kargil conflict.

Israel has the capability to supply certain technologies without much dependence on others. Acquiring from Israel, you will find, will not involve the elbow-wrenching that you may experience from some of the great powers. We are not a great power. So we can't do elbow-wrenching.

But our world views are different. Israel, as we see, is a security-obsessed state. We claim to have a more rounded outlook which determines our diplomatic conduct.

That is because we were born in a conflict situation and that continues. We can't deny the problems we are living with. The Middle East has been one of the most unstable regions in the world. Now, it is exporting instability to Europe. The state system has been weakened in the Middle East. This is creating a fertile ground for non-state actors to emerge powerful. Look at what Europe is facing today. It is not terrorism, but massive immigration that is changing the character of the societies. Terrorism is not the key problem for them, migration is. Europe has a population deficit. Middle East has a population surplus. Europe needs immigrants in the work force, because their population is ageing. They can't resolve this dilemma. So that's the issue in Europe. Not terrorism.

Is terrorism the new threat that Israel faces?

This threat is not existential, unlike the military threat from other states that we were faced with earlier. We are not worried that Israel will collapse because of terrorism. This threat can't be tackled with military power of the state, it has to be tackled with better policing, surveillance and intelligence. This needs cooperation across state agencies. We both have experience tackling this. We can learn from each other.

You mean, the convergence of interests is not strategic alone.

No. These are not strategic, but micro-tactical. This is a threat others are also facing. It will not imperil, say, the global or regional balance of power. This threat is at a working level of the police and the intelligence.

The world is changing again, as it did in the early 1990s when relations were established. The US, which was the most dynamic global power active in the Middle East, is showing signs of world-weariness. Whereas, under Vladimir Putin, Russia is making a strategic comeback. What do you foresee in the years to come?

We do have some issues with Russia's role in the Middle East. But then, we should also remember that Russia is the only outside power today that is engaging all the actors in the Middle East. Our air force and the Russian air force have found ways of operating together on the basis of certain understanding. And you see how often Netanyahu is going to Moscow. The Russians also have a stake in Israel. There are a million ex-Russians in Israel. Russia always had cultural ties with them. So it is a huge change from the Cold War days. Today we have a balanced relationship with Russia, just as you have. If we have problems with Russia, they can be resolved. What they are doing in Syria is good for us. On other issues, we are at least communicating. Earlier, we were not.

Would China be the new power that fills the vacuum in the Middle East? We have a competitive relationship with China. How is Israel viewing this?

Israel has a very good relationship with China, but not as advanced as our relations with India. The rise of China will also depend on the US. If the US reasserts vis-a-vis China in the Pacific, China will find it difficult. But if the US takes a backseat, that is different. Russia wouldn't have been so assertive in Syria, had the US been more upfront.

What about China in the Middle East?

Does China have the strength to reach out to the Mediterranean? I doubt. Also that depends on how much the US would allow it.