Floods in Tripura, over 2,000 families displaced 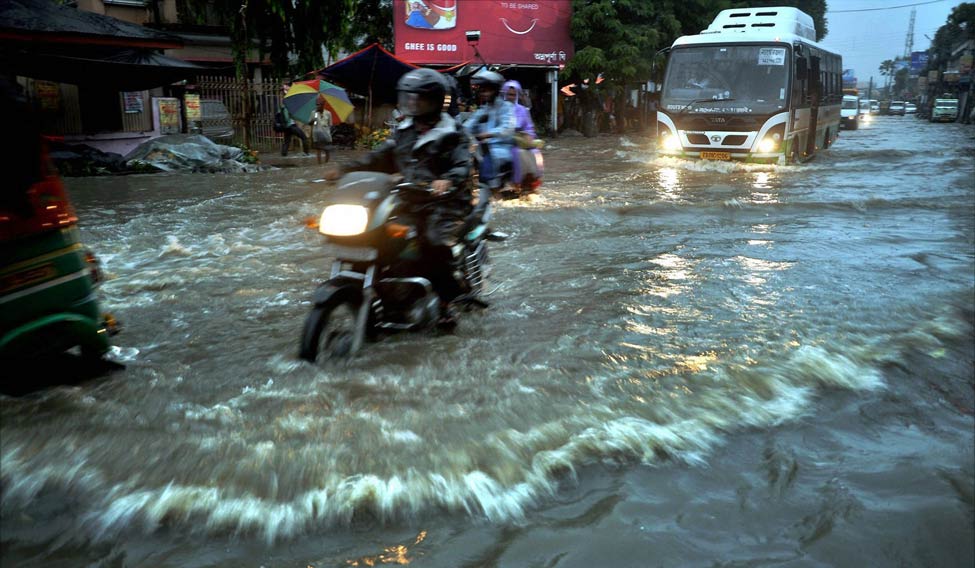 Vehicles make their way through flooded street after heavy rainfall in Agartala, Tripura on Saturday | PTI

Heavy monsoon disrupted life in Tripura as over 2,000 families were displaced after their houses were inundated by flood water, official said on Tuesday.

The displaced families belonging to sub-divisions—Sadar, Jirania and Mohanpur in West Tripura district and Khowai and Teliamura in Khowai district, were put up in 50 relief camps, the official said.

He said that the National Disaster Response Force (NDRF), Tripura State Rifles teams and officials of the district administrations have been deployed to provide relief and rescue to the affected people.

Several rivers including Howra and Khowai were flowing above the danger mark.

Sarkar has asked the district administrations to open the control rooms in the affected districts round-the-clock to monitor and to take immediate steps to assist the people, the official added.

"In June, 695 mm rainfall was recorded in Agartala against the expected normal monsoon rainfall of 421 mm," Saha said.

Your form could not be submitted.
This browser settings will not support to add bookmarks programmatically. Please press Ctrl+D or change settings to bookmark this page.
Topics : #Tripura | #floods