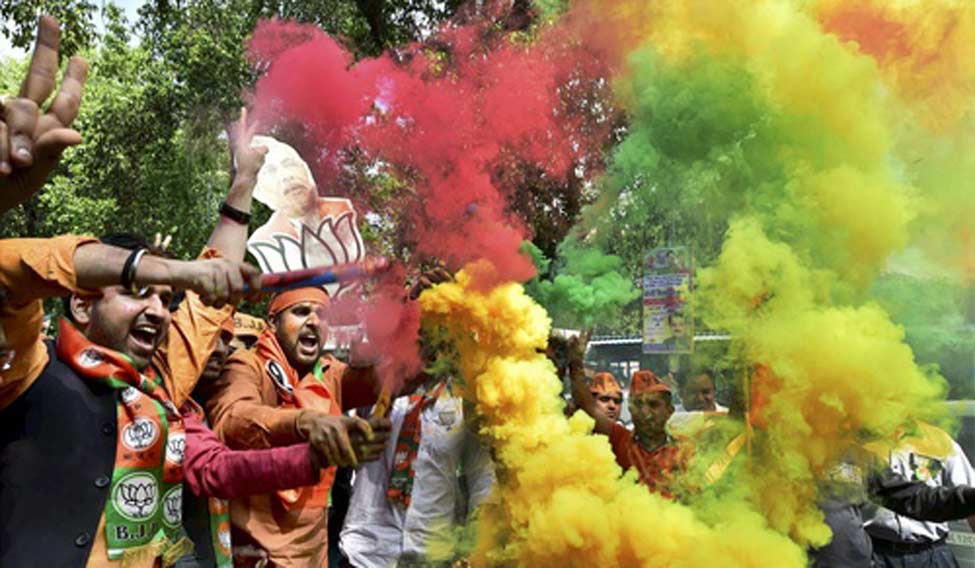 Boisterous celebrations at the BJP's national headquarters marked the declaration of assembly results on Saturday. BJP's emphatic victory in over 300 seats out of 403 seats in Uttar Pradesh showed that the party has kept it's 2014 mandate intact.

BJP also scored a massive victory in Uttarakhand, stamping it's authority in the Hindi heartland.

What has stunned even the BJP strategists is the massive sweep in UP as even as in the internal calculations they were hoping of a simple majority with around 200 seats.

After this massive victory, BJP's parliamentary board is likely to meet soon to discuss the likely chief ministerial candidates for both these states. Sources said the BJP leadership would now appoint observers who would travel to these states to oversee the election of legislative party chiefs.

As the numbers were still close in states like Manipur and Goa, the saffron party would keep the option of getting support of independents and smaller parties to explore the possibility of forming the government.

Your form could not be submitted.
This browser settings will not support to add bookmarks programmatically. Please press Ctrl+D or change settings to bookmark this page.
Topics : #Assembly election 2017