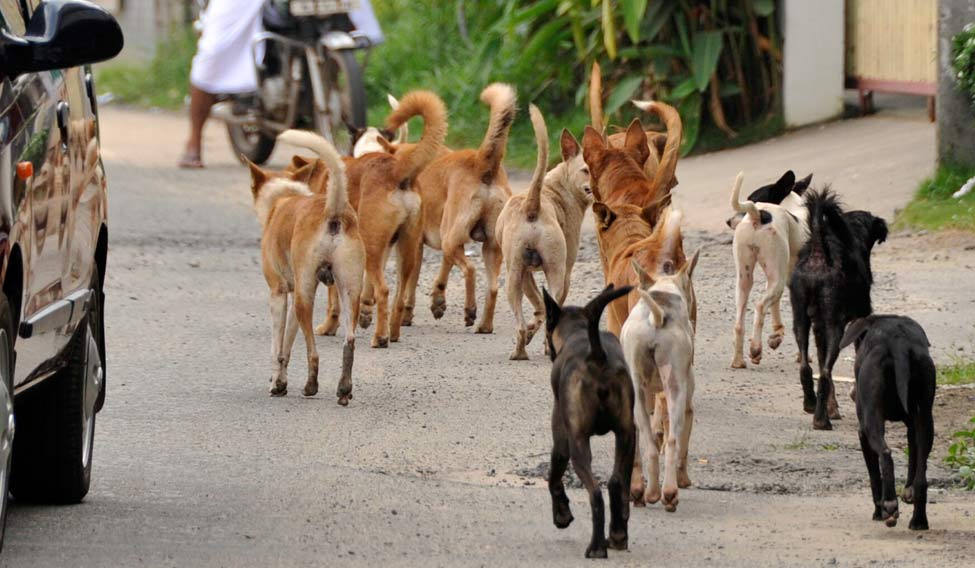 Days after the gruesome CCTV footage of a man attacking stray dogs in Delhi came to light, another similar incident has been reported in Bengaluru.

Ponnamma, the wife of an ex-honorary flight lieutenant, a resident of Jalahalli West, has been accused of killing 8 15-day-old puppies as she was irradiated by them. The mother dog, Ammu, which grew up in the neighborhood, had littered in the drain outside Ponnamma's house. On March 15, she reportedly flung all the puppies onto boulders, killing them all.

Unable to come to terms with the loss of her puppies, mother dog has been wailing, trying to dig out the puppies out of their grave and wake them up, according to media reports.

When the outraged residents confronted Ponnamma over the incident, she reportedly defended her act saying she did it to teach “a lesson to Ammu (the dog),” who had littered in drain under her gates.

The incident has shocked other residents, who on March 17 filed a complaint with with Cupa (Compassion Unlimited Plus Action), which in return filed a complainant at the Peenya police station against Ponnamma.

Ponnamma has been charged with multiple counts, including, Section 93 of the Karnataka Police Act (punishment for cruelty to animals), Section 11 of the Prevention of Cruelty to Animals Act, 1960, and IPC Section 429. If found guilty, she may be sentenced up to five years in prison.

Police are gathering evidence against Ponnamma, who was arrested and later released on bail. They have managed to secure some crucial CCTV footage in connection with the case.

A PCR van received a call on March 15 about three dogs lying in a pool of blood near the exit of the Green Park Metro Station. A puppy, too, was found lying dead at the spot.

CCTV footage shows the accused frenziedly attacking the dogs for around 18 minutes. He stabbed the dogs and thrashed the puppy before leaving the area. The footage has been uploaded on Youtube.

An FIR has been registered at Hauz Khas police station against the accused under IPC Sections 428 and 429 and provisions of the Prevention of Cruelty Against Animals Act.

Initially police had claimed that all four dogs were dead but senior police officials later confirmed that it was only the puppy which had died. The three stray dogs are grievously injured and are undergoing a series of surgeries, they said.

An NGO has announced a reward of Rs 1 lakh for anyone who helps identify the accused, police said.

Your form could not be submitted.
This browser settings will not support to add bookmarks programmatically. Please press Ctrl+D or change settings to bookmark this page.
Topics : #Animal abuse | #Bengaluru