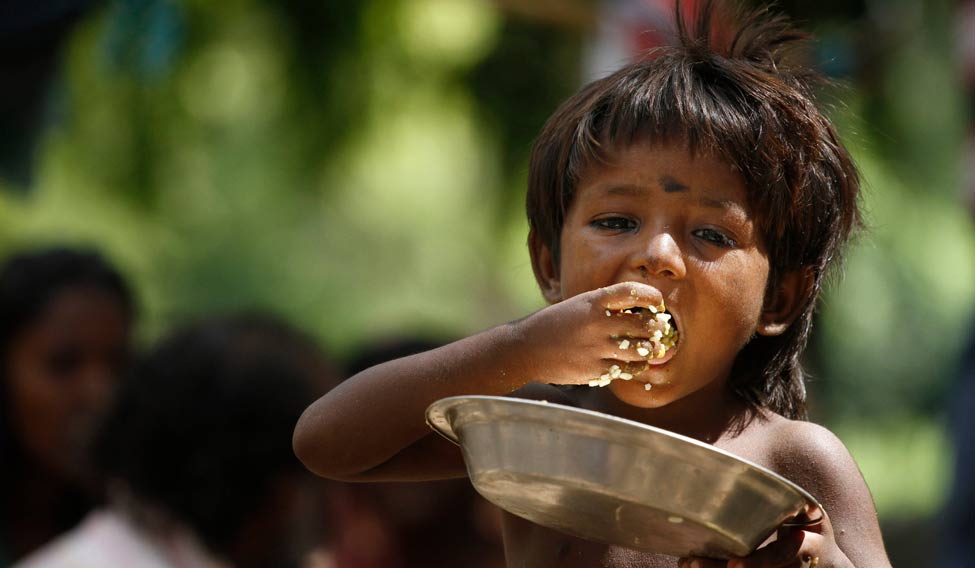 "Our public policies have historically focused on individuals who are poor by virtue of the accident of their birth – dalits, adivasis, and individuals based in poor states and backward districts. But with declining poverty, the accident of birth has become less important than the accident of life. People fall into poverty due to illness, drought, declining opportunities in agriculture, and urban blight."said Dr Sonalde Desai, Indian Human Development Survey Project Leader and Senior Fellow at National Council of Applied Economic Research (NCAER) and Professor at the University of Maryland.

Dr Desai was speaking at a function when NCAER formally launched the public-use India Human Development Survey-II (IHDS-II) data, said to be India’s first national, multi-topic, longitudinal household panel survey, at the start of the Third IHDS Users’ Conference at Neemrana in Rajasthan on Wednesday.

IHDS survey of over 40,000 Indian rural and urban households tracks the same household over long periods of time. It is valuable because researchers and analysts can make inferences with far greater confidence and trace the long-term impact of economic and social policies.

Dr Desai pointed out an inherent problem with use of data collected at a single point in time for informing public policy.

She noted, " If we were to provide safety nets in 2011-12 based on a BPL card issued in 2004-5, 65 percent BPL card holders would have already moved out of poverty (reflecting an error of inclusion), but of those poor in 2011-12, 40 per cent would not have BPL card since they fell into poverty after the BPL survey (reflecting errors of exclusion). The vulnerability of this last group has, unfortunately, received little attention",

Policies that label individuals as poor on the basis of Below Poverty Line (BPL) surveys often mis-target. In a rapidly changing economy, BPL censuses undertaken only once in ten years tend to miss the mark. IHDS data shows that only 13 per cent of the population was poor in both 2004-05 and 2011-12, and this is the population most likely to be served by the present policies; 53 percent of the people were poor in neither of the two periods and 25 per cent moved out of poverty between 2004-05 and 2011-12. The worrying finding, however, is that 9 per cent of the population fell into poverty. This suggests that “As Latin American countries have found, moving to middle income levels also means fostering a middle-income mindset for drafting social policies, with a greater focus on vulnerability instead of concentrating solely on chronic poverty,” said Dr Desai.

Professor Reeve Vanneman, University of Maryland, pointed out that “Given India’s massive policy innovations, longitudinal research can examine the ‘before’ and ‘after’ outcomes for participants and non-participants alike. National longitudinal data provides the big picture for evidence-based policy design. The decentralisation of programmes such as Integrated Child Development Services and massive experiments such as MGNREGA and Rashtriya Swasthya Bima Yojana or RSBY have promising implications for development policies around the world. IHDS will help us all to understand their impacts.”

Dr Shekhar Shah, Director-General, NCAER, opened the IHDS Users Conference and emphasized the rich analytical possibilities that this data offer and the impact it has already had. “The IHDS surveys are available free to researchers worldwide. IHDS data are filling a clearly felt need, as evidenced by the fact that more than 7,000 researchers globally are using these data; over 205 scientific papers have been published using just IHDS-I. With the release of IHDS-II, we anticipate an even greater interest,” Dr Shah added.

“IHDS-II is currently ranked second in the list of top downloads in the past six months from ICPSR, and IHDS-I is fourth. This is an amazing endorsement of the IHDS, since the ranking includes all US databases on ICPSR. The next non-US database on this list is at a distant 10th place. So, you can imagine the level of interest that the IHDS data are generating. Just the five themes at this Users Conference, which actually only scratch the surface, show the rich possibilities in assessing the success or failure of Indian public policy in promoting development,” he said.

The IHDS contains data on a wide range of topics such as income, expenditure, employment, morbidity, health expenditure, marriage, fertility and education. It is also the only source of data on marriage patterns in India, and has proven to be extremely useful in studies of family formation and intra-household dynamics. The project has wide support from a number of funders, including five grants from the US National Institutes of Health, and from the World Bank, the Ford Foundation, and DFID, UK.