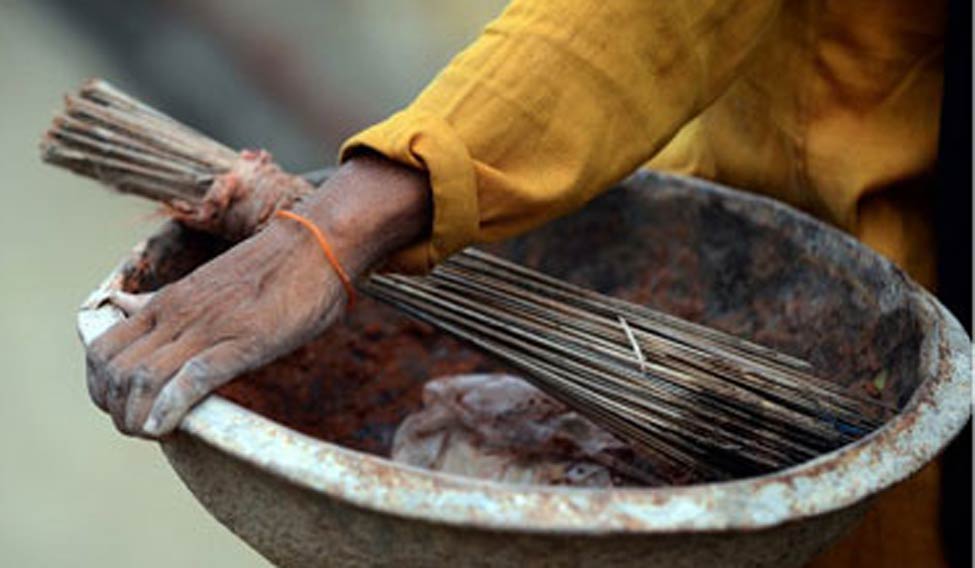 “We do not have any illegal forms of work,” Charu Mori, chief executive officer of Dhrangadhra town in Surendranagar district, told Video Volunteeers, a global initiative that provides disadvantaged communities with story and data-gathering skills. “Manual scavenging (cleaning sewers and clearing human excreta from open-pit toilets) is a prohibited act.”

So what were the workers featured in a recent video shot in the area doing? They were employed by contractors, whose responsibility they were, said Mori. The situation in Dhrangadhra illustrates why thousands across India, almost all dalits, continue to die in sewers and remove human excreta with their bare hands, even in cities with sewer-cleaning machines.

As many as 12,226 manual scavengers were identified across India—82 per cent of these are in Uttar Pradesh—according to a reply to the Rajya Sabha on May 5, 2016 by Minister of State for Social Justice Vijay Sampla. These are clearly under-stated official figures. Gujarat, for instance, admits to having no more than two manual scavengers, according to government data.

The persistence of manual scavenging is linked to the Hindu caste system, with about 1.3 million dalits, mostly women, make a living as manual scavengers across India.

Primitive latrines, where excreta is physically cleared, are the prime reason for manual scavenging

As many as 167,487 households reported a member of the household as a manual scavenger, according to an earlier reply in the Lok Sabha by the Ministry of Rural Development on February 25, 2016, based on the Socio Economic and Caste Census 2011.

Manual scavenging is prohibited under the Prohibition of Employment as Manual Scavengers and their Rehabilitation Act, 2013 promulgated on December 6, 2013, nationwide, except in Jammu and Kashmir.

The prime reason why manual scavenging continues, according to the government, is the existence of primitive “insanitary latrines”, meaning those without water, where the excreta must be physically removed.

Andhra Pradesh, Assam, Jammu and Kashmir, Maharashtra, Tamil Nadu, Uttar Pradesh and West Bengal accounted for more than 72 per cent of insanitary latrines in India, according to a UN report quoting the House Listing and Housing Census 2011.

There are more than 2.6 million dry latrines in India, according to Census 2011. In addition, there are 1,314,652 toilets where excreta are flushed into open drains and 794,390 dry latrines where human excreta are cleaned manually.

1.3 million dalits make living as manual scavengers, most are women

Manual scavenging is the practice of manually cleaning, carrying, disposing or handling in any manner human excreta from dry latrines and sewers. Manual scavengers are from India’s poorest and most disadvantaged communities.

The practice of manual scavenging in India is linked to the caste system where so-called lower castes are expected to perform the job, according to a UN report.

Uttar Pradesh, the state with the most officially-acknowledged manual scavengers (10,016), admits to 2,404 in urban areas and 7,612 in rural parts.

The state’s Badaun district reported various health and hygiene issues in 2009 because of the widespread presence of dry toilets. The district reported the highest infant mortality rate (110 deaths of infants per 1,000 births) in the state and frequent outbreaks of epidemics like diarrhoea, dysentery, intestinal worms and typhoid. It also reported more cases of wild polio virus than anywhere else in India.

In 2010, the state government launched the Daliya Jalao (Burn the Basket) initiative, a reference to the basket in which excreta is carried.

Manual scavengers are given one-time cash assistance of Rs.40,000 each.

Maharashtra reported the most—68,016—manual scavenger households, accounting for 41 per cent of such households nationwide.

The government aims to make India scavenging-free by 2019.

The Indian Railways are the largest employer of manual scavengers, with an unknown number on their rolls, IndiaSpend reported.

Your form could not be submitted.
This browser settings will not support to add bookmarks programmatically. Please press Ctrl+D or change settings to bookmark this page.
Topics : #Uttar Pradesh | #Gujarat