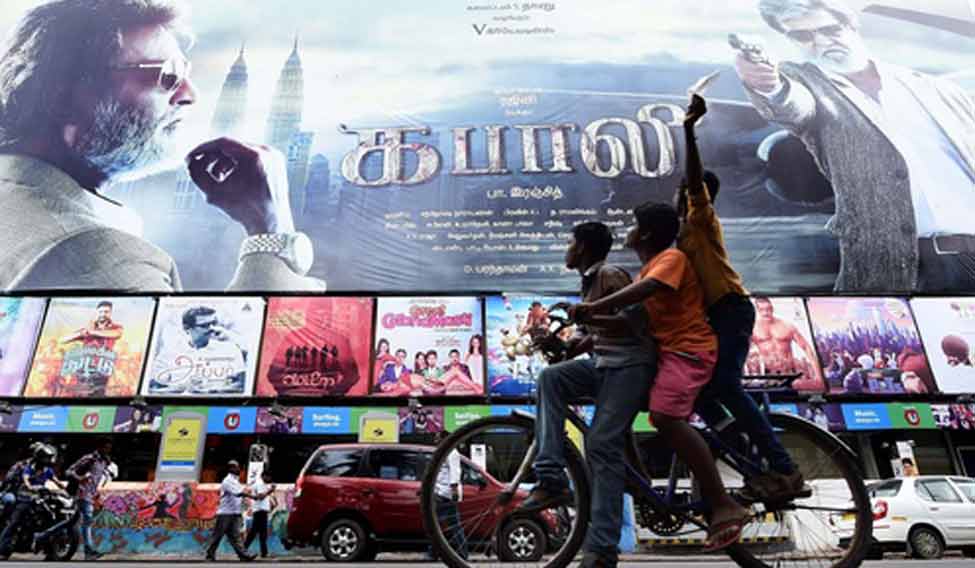 Make hay while Rajinikanth shines! This seems to be the mantra for theatre owners who are making a killing by selling Kabali tickets at exorbitant prices—much to the disappointment of hardcore superstar fans.

With Kabali slated to release in over 4,000 screens worldwide on Friday, the demand for its tickets is unprecedented.

"Most theatres across the state (Tamil Nadu) have sold out tickets for the opening weekend. With the average ticket costing Rs. 600, most ardent Rajinikanth fans are disappointed that they couldn't afford the tickets on the first day," trade analyst Trinath told IANS.

Despite Tamil Nadu government's cap of Rs. 120 on movie tickets, theatre owners have been selling Kabali tickets at five times higher than the original price.

"We are used to paying Rs.120 for movie tickets. But this sudden exponential increase in ticket price is very unfair. The prices vary according to the show timings. Early morning shows are sold at Rs. 500-600 and the prices are slashed through the course of the day," rues Santhosh Kumar, a second year college student.

Some fans are seething over unavailability of tickets because they were allegedly sold in bulk to corporates.

"We don't have issues with the ticket prices. It's once in two or three years, you get a Thalaivar (Rajinikanth's) film. If you can't shell out Rs. 1,000 for your matinee idol, then what kind of a fan are you," asks Muralikrishna, a chartered accountant.

Although most theatres give preference to fan club members, this year they seem to have favoured companies.

"Across major multiplexes, tickets on the first day were booked by corporates. Some of these companies booked in bulk even before the online booking started. I somehow managed to get a ticket through a friend.

"But when I tried to book five tickets for my family just minutes after online bookings opened, it didn't even go through," said Muralikrishna.

A theatre owner, on condition of anonymity, said the tickets were being sold at such high prices because of the high investment involved.

"The Chengalpet area rights of Kabali were bought for a whopping Rs. 18 crore. In order to make profits, the film should collect over Rs. 30 crore. If the tickets are sold at Rs. 120, it's impossible to recover the investment in the first few days," he said, and added that the opening weekend is very crucial for big-ticket films.

"The opening weekend is very important to recover as much as investment as possible. In the case of a Rajinikanth-starrer, only when you sell tickets at Rs. 400-500, will you be able to see profits, provided the film opens to positive word-of-mouth.

"Despite taking in over Rs. 100 crore, Rajinikanth's Lingaa turned out to be a dud because of the high investment involved," he explained.

In the US, tickets for Kabali premiere on Thursday are priced at $25, as opposed to $14 or $15 for regular releases.

"As an Indian, when I start converting the ticket price into Indian money, it gives me a heart attack. But you don't get to see two or three Rajinikanth releases in a year. I think it's worth it for the euphoria his films bring," Madhusudhan, who has been living in New York for over a decade, told IANS.

Your form could not be submitted.
This browser settings will not support to add bookmarks programmatically. Please press Ctrl+D or change settings to bookmark this page.
Topics : #Kabali