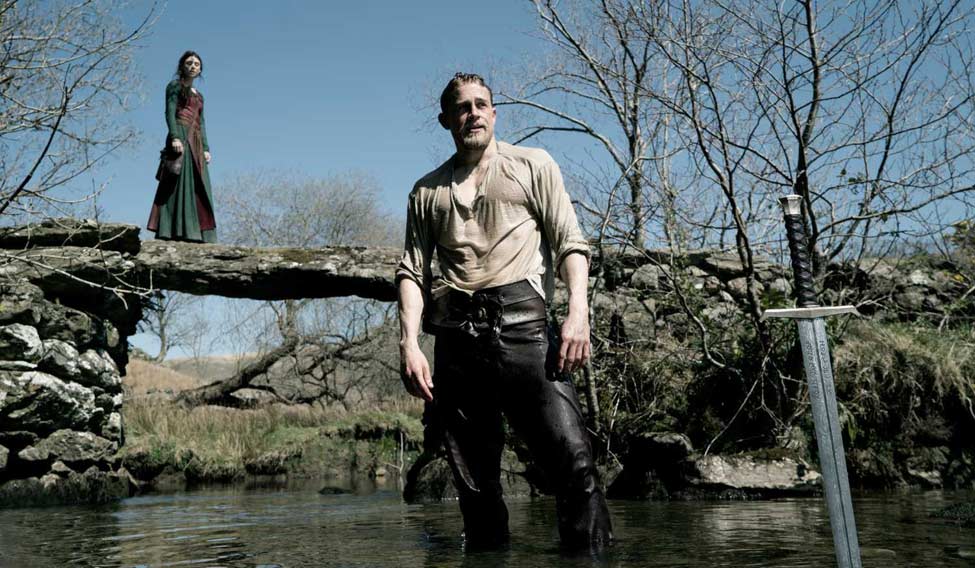 In the latest celluloid version of King Arthur: The Legend of the Sword, Arthur escapes as boy after witnessing the murder of his father. He’s found and adopted by women of a brothel in Londinium, and is named Arthur.

The boy grows up rough - toughened by street fights, poverty and the hard reality of the brothel replete with violence. Nightmares from early flashes of his parents’ murders haunt him at night. Yet, the women of the brothel nurture him and he, in turn, grows to love and respect them as his guardians. This touch of positivity, in an otherwise difficult and dark childhood, is what protects his core, unbeknownst even to him.

So, when circumstances reveal that Arthur is the born king, the only one capable of unleashing the power of the magical royal sword, Excalibur, the young man finds himself in a strange predicament. He is brought in direct conflict with his uncle, the evil, reigning king Vortigern. His life so far has taught him to survive for his own self and nothing else. What may compel him to take upon himself a greater mission, if at all?

The nature of the positive
Light and darkness, both, hold power in themselves. Both are in the offering for us to align ourselves with. We are touched and influenced by the power of both through various phases of our lives.

Sometimes, even in trying circumstances, we consciously choose to remain positive, to see the brighter side of things; at other times, we mindlessly give in to anger, envy and hatred and submit to the dark.

The difference in what they do to us is this—the dark consumes for its power. It takes from our core, even as it allows us immediate, temporary power. When we are angry or contemptuous, we feel a sense of immediate power over others. This power, though intoxicating in its immediacy, hollows us out from within. It consumes from us to make us weaker and weaker with time. We find it more and more difficult to source stability, to show strength of character when overpowered by the forces of anger, hatred, pride or jealousy.

The light, on the other hand, takes nothing from us. It gives, rather, a pure energy that is expansive in its power. All emotions and movements of the light—kindness, compassion, love, generosity and justice—ignite us to do more; to consider and reach out to things beyond the limited self.

Beyond the Self
Bound in chains in the royal dungeons, Arthur pleads to Vortigern to let him go, to lead his life at it was. “You will not hear of me”, he says, to convince the King that he is no threat.

Yet, in the events that follow, each time he thinks himself incapable of a higher self, he is proven wrong. When he sees a woman under threat, his sense of justice is ignited and he is led to potential beyond his imagination. By and by, when he sees the people around him suffer for the belief they hold in him, he is compelled to confront his little self. A vision into the future shows him of untold suffering and destruction his uncle will unleash if Arthur were not to challenge him.

Touched by the power of compassion, Arthur’s self expands, to embrace all who suffer and to take responsibility for the power vested in him. Arthur, the born king, is reborn.

As are we, each time we are touched by the positive and each time we may choose, consciously or otherwise, to align with it.