The votes are with the poor

One of the striking features of the many U-turns made by Prime Minister Narendra Modi’s government has been its change of economic policy. From the right-wing rhetoric of the BJP’s 2014 campaign, featuring sound bites decrying “welfarism”, egged on by a commentariat denouncing the Congress’s “povertarianism”, and Modi’s own contempt for the Mahatma Gandhi National Rural Employment Guarantee Scheme, we have come to the point where the only economic “achievements” the Modi government can point to are building toilets for the poor, providing gas cylinders for rural women and enhancing allocations for the very same MGNREGA scheme.

Why am I not surprised? The reason is simple, and goes well beyond Modi—even if he sometimes sounds as if he believes India’s history of economic development began with him. 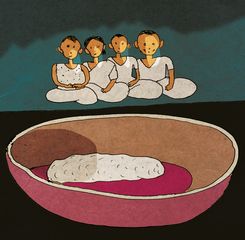 India’s economic development has been unique because we are almost certainly the only economy of any significant size that has developed from rock bottom as a democracy. We had been the richest country in the world (by far) in 1700, when India accounted for 27 per cent of global GDP. But when the British left us in 1947, they had reduced us to a “poster child” for third world poverty, with less than 3 per cent of global GDP, a literacy rate just above 16 per cent (8.8 per cent for women), average life expectancy at an abysmal 27 and 90 per cent of our population living in dire conditions below what we would today call the poverty line. To develop our economy from so pathetic a situation was no mean task, but to do it as a democracy was extraordinary.

When economic policy choices are made in a democracy, one must remember that voters’ interests predominate; and in India, we do so in a democracy with a majority of poor voters. Even today, every Lok Sabha MP represents a constituency where a majority of his voters lives on less than the World Bank poverty line of $2 (Rs140) a day.

Most other democracies grew first, and became democratic later. There was no real universal suffrage when most western democracies were beginning to prosper during the Industrial Revolution. The western countries did not grant women the vote till after the First World War, and blacks in the US, and poor people in the UK, were disenfranchised well past the Industrial Revolution when they reached developed-country status. Other industrial giants of the late 19th/early 20th centuries, like Germany and Japan, were not democracies when they grew.

In most democracies, economic policies are dictated by the wishes of taxpayers, who, naturally, want a strong say in how their taxes are spent. But most voters in those countries are in any case taxpayers. In India, however, economic policy is driven largely by the interests of the poor, rather than taxpayers, since taxpayers are relatively few (less than 5 per cent of the voters) and non-taxpayers command more votes. In a democracy, the politician’s accountability is inevitably more to the majority of the voters than to the minority of taxpayers. This, again, is a special feature of Indian economic policy-making.

So, this is why Modi changed his economic policies. His slogans and rhetoric were taking the country nowhere. If you want to win elections, your priority must be the poor.

Of course, as the economy grows and the taxpayer base broadens, this will change. In prosperous parts of India, taxpayers may be able to assert more influence on economic policy-making as their numbers begin to matter more electorally. But that is for the long term. For today, stop all the talk of becoming an economic super-power. We are still super-poor, and our governments had better realise that if they wish to survive and be re-elected.