Use social media politically to inform and engage, but responsibly

The mounting worldwide concern over the misuse of social media peaked upon the Easter church bombings in Sri Lanka, when the Colombo government’s first reaction was to ban social media in the country to stanch the flow of further disinformation on WhatsApp and similar platforms.

This concern will certainly grow even further in India when the availability of the internet on mobile telephones, and the advent of 4G (and soon 5G) services, make access to social media more universal. Though only 12 to15 per cent of Indians use computers, more than 80 per cent have mobile phones. WhatsApp estimates that 82 per cent of all Indian mobile phone users have already downloaded their app and use it to send messages, pictures, jokes—and disinformation. 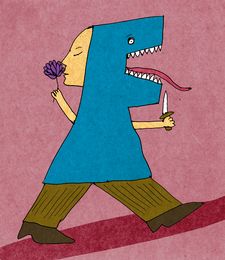 Telecommunications experts say that a communications revolution is upon us, and it will transform the nation’s social media space, and politics as well, since a majority of voters will then be on the internet.

The effect of social media on current general elections is bound to be considerable. BJP’s IT chief Amit Malviya called it the first “WhatsApp elections”. With its first-mover advantage, the BJP created more than nine lakh WhatsApp groups to disseminate their election messages.

In any case, no democratic politician should resist a new communications medium, particularly an interactive one. Even if Facebook and WhatsApp are overwhelmingly used for social purposes, they are used politically, too, and more and more politicians are turning to social media. The idea of using social media politically should always be both to inform and to engage.

Yet, being responsive on social media—though it adds to the sense of public accountability that is invaluable in a democracy—creates its own challenges. Jokes about politicians and political issues can “brand” a candidate, or wound him fatally on social media. And “fake news” can not only tarnish your image, as I found out in my own election campaigning, but can also take lives—as when WhatsApp rumours about child molesters on the prowl led to innocent people being lynched by recipients of such messages. Our social media is agathokakological: It provides access to means of communication to people who previously had no public voice, thus broadening democracy, but is also a tool of abuse, disinformation and “fake news” that can damage the very democracy it broadens.

At the same time it is important to realise that social media is only a vehicle—the message is the issue, not the medium. As an MP who, through Facebook Live, can reach more people than a largest mass rally can, I believe that what I am trying to do brings into my party’s ambit a large number of people who would otherwise be indifferent to politics and the Congress. That is why I continue to use social media, despite all the criticism I endured early on (with the then BJP president, and now India’s Vice President, Venkaiah Naidu, warning me publicly and presciently that “too much tweeting can lead to quitting”).

The name Twitter initially put me off, and led Indian savants to suggest that it is not a suitable medium for a serious politician—but Google and Yahoo were also silly names that are now household terms. In a 2009 interview, I said that a majority of politicians in 21st century democracies—including India—would be tweeting within ten years from then.

I did not have to wait ten years to be proved right. Those who are ahead of the curve are rarely appreciated, but we do have the consolation of knowing we got there first.