The recent renaming of the historic town of Allahabad in Uttar Pradesh to an arguably older name, Prayagraj, has occasioned a fresh bout of disputation about the politics of name-changing.

The self-appointed guardians of Indianness, convinced that the names of cities and landmarks reflect the colonisation of the national sensibility, had long set about nationalising nomenclature whenever they had the chance. When it was the Brits who were being corrected, no one objected terribly: it was right, after all, that the Anglicised Cawnpore should revert to Kanpur, or that Poona and Simla should adopt spellings that conformed more closely to their local pronunciations. 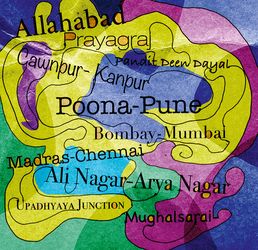 Then came the next round of less-necessary changes, still of imperial-era names. So, in the mid-1990s, a chauvinist Maharashtra government renamed its capital Mumbai, proscribing the use of the word Bombay for any official purposes. Since Bombay was at that point arguably the best-known Indian place name internationally, attached to everything from Bombay gin to Bombay duck and the names of restaurants of varying elegance around the world, this struck me as the equivalent of a company jettisoning a well-known brand name in favour of an inelegant patronymic—as if McDonald’s had renamed itself Kroc’s in honour of its founder.

Not to be outdone, the chauvinist government in Madras, capital of a state which had earlier been renamed as Tamil Nadu—homeland of the Tamils —decided that the city of Madras, too, would be re-baptised Chennai. As with Bombay, name recognition—Madras kerchiefs, Madras jackets—went by the board as Chennai was adopted without serious debate.

So far, not so good. But, we all learned to adjust. What’s in a name, Shakespeare asked, and, of course, the weather will be just as sultry in Chennai as it used to be in Madras. But now the current ruling dispensation, with an enormous Hindu-chauvinist chip on its shoulder, has started replacing Muslim names with Hindu ones. Mughalsarai is now Pandit Deen Dayal Upadhyaya Junction, Gorakhpur’s Urdu Bazar is Hindi Bazar, Ali Nagar is Arya Nagar and Allahabad, sorry Prayagraj, has become the latest victim of this hindutva zealotry.

Are we Indians so insecure in our independence that we still need to prove to ourselves that we are free? The Brits and Mughals are long gone; it takes a terrible inferiority complex, in any case, to think that one can overturn the experiences of history by altering a few names. And, what signal does this send to our own Muslim citizens? That they do not really belong to India with the same entitlements as those who bear, and now impose, Hindu names?

Mughalsarai had century-old associations for those who travelled that way; Allahabad has a hoary history, especially in the anti-colonial movement, and as the seat of the nation’s intellectual ferment at Allahabad University.

There is something altogether pettier here: a demarcation of territory, the weak asserting their strength. In some parts of India, it is customary for a bride, upon marriage, to take on a new name—not just a surname, but a first name—chosen by her husband’s family. It is as if our new rulers, unaccustomed to wielding real authority and unsure what to do with it, wanted to show that they were now the lords and masters of these places, and to demonstrate the change by conferring a new name upon them. They are asserting their power, the power to decide what a thing will be, the power to name—for if one does not have the ability to create, one can at least claim the right to define.