Problems will arise if the zealots among his partymen go further and seek one language in one nation, or one faith in one nation. Such ideas may undo the oneness that we have achieved since Sardar Patel knitted India together under Pandit Nehru’s benign slogan “unity in diversity”. 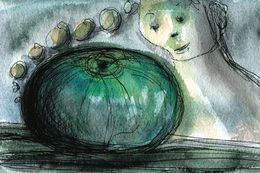 Modi, too, is on a knitting mission these days. Chanting “one nation, one market”, he is seeking to integrate India’s myriad mandis into one. “We are self-reliant in agriculture, and we export commodities.... [So now,] we are bringing laws to free the farm sector,” he said in his Independence Day address. The reference was to the three farm ordinances which had been issued during the Covid-19 lockdown, and are becoming acts of Parliament during this lotion-washed monsoon session.

India has been food-short for centuries, and India’s rulers have been following the ant-and-the-grasshopper moral ever since Allauddin Khilji built granaries for storing harvests to feed the people during famines. Faced with food shortage and hoarding by greedy merchants, our rulers banned private hoarding, put curbs on prices, rationed the essentials, subsidised farm costs, levied harvests, built warehouses, and offered assured prices to farmers.

All these were needed when we did not grow enough grain, and when farmers were cheated by moneylenders and middlemen. But the times have changed, and harvests have boomed. Now we need laws that free the farmer to reap what he sows, and to sell what he reaps to anyone, anywhere, any time.

Modi thinks his three laws can do the trick: one, dilute the Essential Commodities Act; two, introduce a law for free trade in farm produce; three, bring another law to let farmers sell at the prices they can command.

Thus he is removing cereals, pulses, oil seeds, cooking oils, onion and potato from the list of essentials that cannot be hoarded. Once stocking is allowed, exports and food processing businesses will boom. Not that it is going to be a free run for hoarders. The state will reserve its right to put curbs in case of wars, famines, calamities and runaway rise in prices.

The free trade law will end the first-buyer claim that agricultural produce market committees (APMCs) had over farm produce. Though set up to ensure that farmers are not cheated, the APMC mandis have become playgrounds of agent cartels.

The old law had also prevented exporters, processors and retail chain operators from buying directly from farmers. Now on, the farmer will be free to sell to anyone he likes and anywhere. A Nagpur orange grower may sell his harvest directly to a jam-maker in Ongole or Oklahoma. Farmers may open trading channels with companies, partnership firms, or registered societies, the norms of whose conduct may be notified by the Centre.

The third law will allow contract farming by which firms may get the farmer to sow and reap what they want at prices they can negotiate. Such deals may be monitored and insured, but firms would not be allowed to acquire ownership of the farm.

So, is it all a win-win situation? By no means. Critics say, it will be a free run across the farms for millers, picklers, chips-makers and jam-makers. Two, who will pay the states which were getting crores from the APMC mandis?