Narendra Modi has been getting too close to animals of late. First he posted his photos with peacocks that strut around the vast lawns of the PM House. Then in his monthly Mann ki Baat, he urged dog-lovers to adopt native breeds. They would unleash an animal spirit into Atmanirbhar Bharat, he seems to think. Just what Manmohan Singh’s 1991 budget did to the stock market.

The dog is supposed to be man’s best friend, but we in India have kept the beast in the doghouse of our imagination. Our puranas have no dog that can be likened to Kamadhenu among cows, Uchhaishravas among horses, or Airavat among elephants. Bhairava rides a dog; Dattatreya is associated with four dogs which symbolise the four Vedas; a dog follows Yudhistira on his final walk through a brief spell in hell, and into heaven. 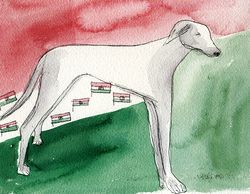 Elsewhere the dog appears as a pariah, literally. Sage Sankara’s supreme wisdom is tested by an untouchable crossing his path with four dogs. A mongrel steals Yudhistira’s sandals from outside Draupadi’s bedchamber causing the worst familial shame. With the result, Indian dog-lovers have been looking to Labrador, Alsace, Dalmatia and elsewhere to pick up dogs. The Pekinese, once a preserve of the Chinese imperial family, continues to be our most sought-after toy dog even when the Chinese are threatening to “cry havoc, and let slip the dogs of war!”

Now Modi has suggested that our kennel keepers look at Indian breeds that can also hunt with the hounds and cuddle up on your laps. No barking matter. He has cited how Army dogs Sophie and Vida won the service chief’s commendation cards, how dog Balram spotted explosives on the Amarnath pilgrims’ route, how the CRPF’s Cracker sniffed out an IED which blew up and killed it, how Rocky helped the police in Beed solve 300 cases.

To help out the country’s countless caninophiles, Modi reeled out a list of “fabulous Indian breeds”—Mudhol Hound, Himachali Hound, Rajapalayam, Kanni, Chippiparai and Kombai, all of which “cost less to raise”, and are better suited to our heat, dust, smell and stink than the Dalmatians, Alsatians, Pomeranians and Pekinese, all of which cost a pile and still pee on lamp-posts.

Indeed, some of these Indian breeds have impeccable pedigree. The tall Mudhol Hounds, which hail from the Karnataka-Maharashtra border, had served in Shivaji’s army. Malojirao Ghorpade, the last prince of Mudhol, is said to have gifted a pair of these puppies to King George V who christened them Mudhol Hounds. Himachali Hounds, sheepdogs from the snow mountains, are massive mastiff-like dogs with thick fur which protects them from the cold. The lean and mean Rajapalayams, hailing from the town of the same name in Tamil country, had aided the Polygar heroes such as Veerapandiya Kattabomman against the British after Tipu of Mysore fell in 1799. “The next time you think of raising a pet dog, consider bringing home one of these Indian breeds,” Modi told his listeners.

Trust Modi to fill even a kennel with national spirit. “At a time when Atmanirbhar Bharat is becoming a mantra of the people, how can any domain be left untouched by its influence?” he asked.

Tailpiece: As a prime minister whose tenure depended on outside support of the Congress, Deve Gowda often had to call on Sitaram Kesri who headed the party in 1996-98. Among the several grouses that Gowda had against Kesri, which led to their break-up, was that Kesri used to let his many Pomeranians roam free in the room even when the two were talking matters of state.