The fans of neither of them would approve of me saying so, but Jawaharlal Nehru and Narendra Modi have certain things in common. Both have been practitioners of personal diplomacy, and both paid the price for being too trusting in their dealings with China.

First about personal diplomacy. It is that in which heads of states and governments not only meet and mingle in person, but also haggle over matters of bilateral trade and border truce. Left to diplomats, these issues would get entangled in red tape, locked up in round brackets and square brackets, and tripped over commas, colons and communique prose. Issues can be sorted out better, so say the champions of personal diplomacy, if the principals develop a personal chemistry between them.

It is generally held that Franklin D. Roosevelt initiated personal diplomacy in modern times. He got Winston Churchill and Joseph Stalin to meet him a dozen times in less than four years during World War II, at times in such odd places as Malta, Yalta and Casablanca. In the pre-jet age, that must have been some summiteering! And we talk of Modi and Xi Jinping meeting 18 times in six years—in Wuhan, Mamallapuram and elsewhere.

The Europeans, who thought they were wiser to the world and its bad ways than the upstart Americans, had traditionally abhorred personal diplomacy. Their statesmen, save for oddballs like Lloyd George who had tried the personal touch and failed, used to scrupulously leave dealings with foreign powers to ministers and ambassadors. Even Lord Palmerston, who had achieved name and fame as one of the greatest diplomats of the 19th century, left deal-making with foreign powers to the foreign office when he became prime minister. So much so, British diplomat Sir Harold Nicolson wrote at the start of World War II, that frequent meetings between world leaders “should not be encouraged” and that “such visits arouse public expectations, lead to misunderstanding and create confusion”. Don’t we know how A.B. Vajpayee’s Agra summit with Pervez Musharraf had raised hopes and then flopped? 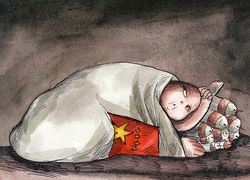 The problem with personal diplomacy is that the odium is greater if things go wrong. As Dean Acheson, who was secretary of state to Roosevelt’s successor Harry Truman, cautioned, “When a chief of state or head of government makes a fumble, the goal line is open behind him.”

That is what happened to Nehru and Modi. Nehru had no foreign minister throughout his term, and handled much of the diplomacy by himself. He loved the company of world statesmen, and believed he could talk them into making a fairer world order that he had fondled in his idealistic mind. Modi has had foreign ministers, but he loves to handle much of the diplomacy himself, and bask in the glow of camera lights.

Both started with a deep admiration for China—Nehru for its civilisational greatness and for the historical struggles that its people had waged against conquerors, and Modi for China’s miraculous modernisation and material progress in the post-Mao era. Nehru saw in China a potential partner in his plan to rouse an Afro-Asian resurgence; Modi saw in China a partner to shape an Asian century.

Both made the cardinal mistake of believing in the terms of summit-level endearment—Nehru in Hindi-Chini bhai-bhai and Modi in the Wuhan and Mamallapuram bonding. The bottom line in diplomacy is: trust but verify. The comrades in China may profess communism, but their strategic instincts are as expansionist as those of the Songs, the Mings and the Qings who ruled the Middle Kingdom.