India is waiting for two brahmastras. Both have been on the anvil for long. One is a Bollywood multi-star fantasy. Its makers say it will be a blockbuster, and will give Baahubali a run for its money, muscle and magic, with some characters shooting fire from their hands. (No handshakes with them, corona or no corona.) The film, delayed by Covid-19, is set to hit the screens in December.

The other is the Indian Army’s Brahmastra Corps, officially called XVII Corps. A corps, with two or more divisions under it, is an army’s largest fighting formation and is commanded by a lieutenant-general. Corps numbers are traditionally given in Roman numerals, unlike division, brigade and battalion numbers which are given in Arabic. Companies are numbered ABCD. 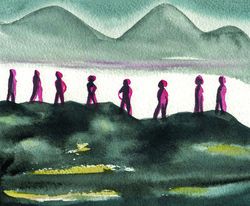 But the numbering is never in order. After 1, 2 and 3 divisions, they may have 39 or 57. The generals will tell you that this is to respect the unit’s tradition and to confuse the enemy, but I guess they do it to confuse their own military accountants.

Let us cut the numbering nonsense and talk about the corps.

All the corps that the Indian Army has deployed against China are pivot corps. The Brahmastra Corps, proposed when China began showing its fangs after the 2008 Beijing Olympics, was supposed to have been India’s first mountain strike corps. The proposal was critically examined at the service headquarters, the chiefs of staff committee and the National Security Council.

Finally, like General K.V. Krishna Rao persuaded Indira Gandhi to build border bridges and roads in the 1980s, General Bikram Singh used his persuasive powers and presentation skills to pester the peace-loving Manmohan Singh and A.K. Antony to sanction it. They yielded in 2013 (much to the envy of the Indian Navy which was asking for ships that could strike Shanghai), and also okayed two new mountain divisions under the two already-existing corps who are our guardians of the east against China.

For once, the Chinese commies saw red. Two new divisions and a new strike corps of 90,000 men on the Indian mountains was worse than what they had ever war-gamed or bargained for. They protested loud, but all those remained cries in the mountain wilderness, as we quietly set up the corps headquarters at Panagarh in West Bengal, and raised its first division there itself. It got light guns and heavy-lift helicopters. Grounds were cleared on the hills for helicopters to land with cannons and troops. Plans were also laid out to raise the corps’ second division at Pathankot in Punjab, to scare the Chinese from Ladakh side.

Then something went wrong somewhere.

Today, the Brahmastra Corps is as good as a phantom formation. No one knows whether it exists and in what shape, though we see its apparitions now and then. Like Muhammad bin Tughlaq’s capital shifts, its headquarters was shifted to Ranchi and then back to Panagarh. The Pathankot division, which was to come up in 2017-2018, is now on the backburner. Many say, shelved.

Three explanations are being proffered. One is that the Army is doing away with large formations and shifting to small battle groups in American style. Another is that raising a corps is too costly. A third is that there has been a rethink on the strike corps idea, and it has been put on the backburner in a bid to mend ties with Beijing post-Doklam.

If that be the case, shouldn’t we have a rethink on the rethink, post-Galwan?