Carpetbaggers in the cold

President Andrew Johnson purchased Alaska from Russia as real estate for the US in 1867. The deal was derided then, and called Seward’s Folly after Secretary of State William Seward who had negotiated it. But the gold-and oil-rich Alaska soon proved to be a wise buy.

Donald Trump—wise guy!—thought he could clinch a similar deal over Greenland. But the Danes, who own the island, told him to go take a walk in the Arctic. 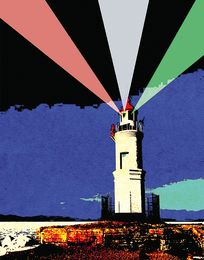 For all you know, the Arctic may soon be walkable. With the globe warming fast, the Arctic and neighbouring Siberia are losing about 13 per cent of the ice cover every decade, revealing metals, minerals, and possible routes to cart the stuff away. They are already talking of a polar route, far shorter than the Trans-Siberian Railway, between Europe and the Asian far east.

Narendra Modi knows this, as do Trump, Putin and several world leaders. But Modi has been wiser than Trump. When he met Vladimir Putin in Vladivostok, Modi did not offer to buy the Russian far east which borders the Frigid Zone of the north. He asked Putin, pretty politely, if he could lend a hand in digging and building in the wilderness. By all means, said Putin, without looking over the shoulder to see how Xi Jinping was taking it.

Xi may be peeved, but Putin is pleased as Punch. Too many Chinese have been checking into his Far East, and poor Putin does not have enough Russians to populate the ‘icy wastes’. He ought to worry. The Chinese have a bad habit of debunking old sale deeds and cede deals, calling them colonially-imposed, and laying claims on neighbours’ lands as they have been doing across the MacMahon Line. Indeed, parts of the Russian Far East had once been ruled by the Yuans, the Mings and the Qings till the Chinese, miserably defeated by the British in the Opium Wars, ceded these lands to Russia in 1860.

The new Russian owners threw out most Chinese who had been mining gold, diamond, nickel, lead, coal, gypsum, silver, zinc and later oil. The tsars—both the Romanov variety and the Stalinist set—had since been guarding and building the Siberian wilderness using gulag labour of slaves, prisoners and exiles.

Putin has no such luxury of slavery. His people, free but few, have no interest in slogging in the Siberian snows. Vast tracts of eastern and northeastern Asiatic Russia are getting depopulated with mass migration to European Russia.

So the Chinese have been coming again as coal-miners, gold-diggers and oil-drillers, but Putin would like to have a few others too, especially Indians and Japanese who too have skills and are willing to slog. That is where Modi walked in with a chequebook and asked him if he could lend a hand and a few billions.

No different is the case of the icy wastes to the north. Unlike the Antarctic, there is no global treaty regime that guards the northern ice. Not that it is a free for all around the North Pole. The first claimants are the eight Arctic Council members—Canada, Denmark, Finland, Iceland, Norway, Russia, Sweden and the US—which have borders in the Frigid Zone. Then there are observers to the council, including India and China, who also have tremendous greed for resources and possess the skills to mine them.

By the way, India already has a foothold in both the east and the north—in the Sakhalin energy project in the east which is just a leap-frog away from Vladivostok, and in Himadri research station, opened in 2008, in the Arctic. And last year, we quietly renamed our Antarctic research house as polar research centre.