Of Common Man and VIP brats

Who coined ‘aam aadmi’ as a political phrase? Arvind Kejriwal may claim political patent but, strictly speaking, Sonia Gandhi should have got the political copyright. When Atal Bihari Vajpayee was going to town, as also to the polls in 2004, claiming to have made India shining, she cocked a snook at him and asked: “Aam aadmi ko kya mila?”

It became the catchphrase of the 2004 election, and the Congress romped home. But later, when Sonia asked her partymen to fly economy class, Shashi Tharoor scoffed at the suggestion as having to fly cattle class. It was much later that Kejriwal filed a patent with the Election Commission and appropriated the phrase for his party. Smart Alec! 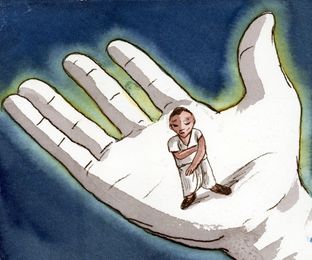 All the same, give the devil his due. Even as a chief minister, the guy has been trying not to behave like a VIP. He still dresses like a clerk, and drives a Wagon-R with no red beacon on its roof. Can you believe, the car almost got stolen once?

The aam aadmi or the common man had been there much earlier, too. The British had put him on a London bus and got him accepted as a legal phrase across the Common Law countries. They call their aam aadmi the Man on the Clapham Omnibus. R.K. Laxman portrayed him as an elderly clerk in a government office who sees everything but never speaks.

Now Narendra Modi is beginning to speak and act for him. Four years ago, Modi had got Nitin Gadkari remove beacon lights from most VIP cars and, in a Mann Ki Baat address, called for an end to the VIP culture. The problem was that he came up with some other funny acronym in place of VIP, and no one took it seriously.

Now Modi is walking the talk. In his first address to the NDA leaders in the Central Hall of Parliament after his re-election, Modi asked fellow-politicians to learn to stand in queues like the common man and Manohar Parrikar. (To be fair, Modi should have mentioned Gadkari, too, who has often been caught standing in queues.) “The country hates VIP culture,” Modi told fellow-politicians.

Yes, prime minister! If there is one thing that the Indian middle class resents more than having to pay income-tax, it is having to suffer the VIP culture. People resent being stopped on the roads for VIPs to pass, and hate to see them jump queues, delay flights, and behave boorish in public places as did the brat of an MLA in Indore recently. The guy, son of one of BJP’s topmost leaders in Madhya Pradesh, was caught assaulting a civic officer with a cricket bat and obstructing a lawful demolition of a building. Obstructing an officer from doing his duty itself is an offence. Assault compounds it.

What compounded the sin was that the guy has since been bragging about it, and so has been his father. Then, when he was released from custody, his chelas organised a gun-salute for him. Cheek!

That really got Modi’s goat. He came down heavily on the MLA, as also on his indulgent father and his gangsters. “Don’t care whose son he is,” Modi fumed at a parliamentary party meeting, and even called for such brats, their patrons and their lumpen cheerleaders to be thrown out of the party. Way to go, prime minister!

But beware of the contrary, too. The PM’s gesture shouldn’t be seen as empowering the bureaucrats vis-a-vis the elected reps. After all, babus can be worse boors than netas.

Tailpiece: Roads in Communist Moscow were said to have had separate lanes for VIPs to drive hassle-free. The apparatchiks justified them as intended for keeping the common man’s lanes free from VIP roadblocks!

Can you fault the logic?