When world rulers take a break from work

When cares of governance wear them down, most world rulers take a break. They go caving or climbing, biking or for beach fun, fishing or freaking out. Narendra Modi has added another—meditation on the mount.

The problem is that the gent cannot do a thing in silence and solemnity. Not even meditation. On the day his Varanasi seat was going to the polls, he took a chopper to Kedarnath, where he went round the shrine clad in a gown with a train and treading on a red carpet. Then he crawled into a cave, and slipped into a brahma-dhyaanam with his spectacles on and cameras flashing. Admirers called it a spiritual retreat; critics called it an electoral drama; sceptics dismissed it as tomfoolery. 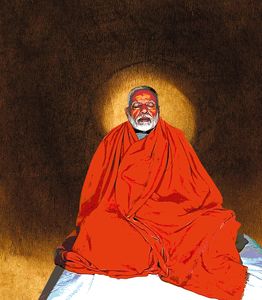 Several of the world leaders have fixed retreats and holiday homes. The Brits have the mediaeval Chequers, a “house of peace and ancient memories” gifted by Lord Lee of Fareham “to England as a thank-offering for her deliverance in the Great War of 1914-1918 as a place of rest and recreation for her Prime Ministers for ever”. That reads more like the writing on a tombstone than on the wall of a weekend home.

US presidents have their Camp David in Maryland. The Clintons and Obamas went also to Martha’s Vineyard for sunning and beach-biking. Russian presidents have dachas on the Black Sea. Even the Pakistanis have hideouts in the mountains of Murree.

Often, work also gets done at these getaways. Theresa May got her cabinet to Chequers where she made them agree to her Brexit plan. It is another matter that the plan remains a chequered one a year later. Jimmy Carter brokered peace between Egypt’s Anwar Sadat and Israel’s Menachem Begin in 1977 at Camp David, and got them a Nobel Peace Prize. Bill Clinton made a similar bid in vain with Ehud Barak and Yasser Arafat in 2000.

Vacationing can be politically costly, too, as Mikhail Gorbachev found out. The glasnosting Soviet supremo was holidaying at a Black Sea resort when conservative Commies staged a coup in the Kremlin. Boris Yeltsin kicked them out and got him his presidency back, but forced him to sign away the Soviet Union.

India’s rulers do take breaks, but have been wary of public gaze. Nehru got himself snapped in swimsuits a couple of times; his legatees are paying the price for the ‘indecent exposure’ now. Anti-Nehruvians are faking those photos to show him as a Lothario.

Indira loved to get away, often to look at flowers and catch up with her reading. A day before she fell to assassins’ bullets, she had flown to Srinagar to see the chinars in bloom.

Rajiv broke the stigma that politicians had been associating with personal vacations. He flew to the northeast in jeans and T-shirt, a camera in one arm and Sonia on the other. He took her and the kids snorkelling in the Andamans and lagooning in Lakshadweep. Modi has labelled these, uncharitably, as vacationing on warships.

Vajpayee loved his retreats and getaways. He spent a New Year’s Eve on the lakeside at Kumarakom musing over Kashmir, Ayodhya and other issues. From Manali, he reflected over the legacy he was leaving behind. On overseas trips, he used to spend a day without work, resting, reading or sightseeing.

Only Manmohan packed his 365 days with work. His aides don’t recall him having taken a break, except when down with a cough, cold or flu. His idea of a break from work was to ask for a cup of tea with biscuits.

Tailpiece: Morarji Desai was one who boldly posed for cameras half-naked. Once he posed in swimming trunks at a poolside. On a visit to Kovalam, he was caught swimming in the sea wearing beach clothes.