Five years ago, Narendra Modi scuttled 86-year-old L.K. Advani’s chances of becoming India’s oldest prime minister. That honour remains with Morarji Desai, who was 81 when he entered office and 83 when he left it.

Now, Modi and Amit Shah have denied 91-year-old Advani the honour of becoming the oldest member of the next Lok Sabha. Shah has appropriated the Gandhinagar seat which has been with Advani since his second Lok Sabha bid in 1991. He had entered the Lok Sabha first in 1989 from New Delhi after two decades in the Rajya Sabha, and was a permanent fixture in the house save for a three-year gap when he stayed away to clear his name in the Jain hawala case. 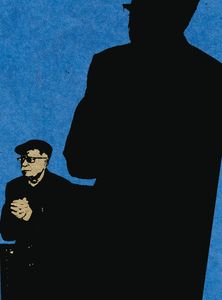 We inherited the parliamentary form of government from the British, but not their concept of a shadow prime minister. (Shadow PM and shadow cabinet work only in two-party polities where you are certain about who will be the successor if the incumbent falls.) Had it been there, Advani would have fitted the bill perfectly.

No one has remained in the prime ministerial shadow longer than he. As the leader of the opposition in the lower house, he has been shadowing every prime minister since Chandra Sekhar till the end of Manmohan Singh’s first term, save for the three-year self-enforced gap over the hawala case, and his own stints in the Vajpayee cabinets. He gave up the leadership of opposition finally in 2009, leaving the job to Sushma Swaraj.

As opposition leader, he was more natural than Atal Bihari Vajpayee. Vajpayee was a greater orator, but he had to be listened to without interruption. Advani showed superior housecraft, and was more adept in debating. He would thrust and parry, raise points of order, quote rules, cite precedents and at times subtly aid the speaker and the treasury benches in running the house, though from the opposition. When the left members blocked the presentation of Manmohan Singh’s second budget, alleging that tax proposals had been shown to the World Bank, it was Advani, then leader of the opposition, who saved the government. He said the house would be satisfied if the government could give a solemn assurance.

As party leader, too, he was superior to Vajpayee. Vajpayee’s party presidency, lasting six years, ended in the BJP getting two seats in the Lok Sabha and Vajpayee himself getting defeated, though in the sympathy wave over Indira Gandhi’s assassination. It was Advani who built up the party since, cashing in on the Bofors scandal, forming a tactical tie-up with V.P. Singh, sensing the Mandal danger and launching the mandir movement, and finally making the BJP a party of governance.

He erred when ambition got the better of his conscience. He sensed a prime ministerial moment for him in the 2009 elections, and the hindutva hardliner suddenly espoused secularism so as to rally allies, visited Pakistan and praised Jinnah. Soon, it became a habit. The man whom we had seen riding a chariot and leading the Ayodhya movement suddenly claimed that he was crying in a corner when the masjid domes were falling! The man who is said to have sat quiet in the cabinet when it decided to free Maulana Masood Azhar in lieu of the lives of the Kandahar hostages, later claimed that he had opposed the deal.

He was disowning himself, a sin that even the worst critics wouldn’t accuse Narendra Modi of.