Many issues were no doubt covered by Prime Minister Narendra Modi and President Donald Trump during their recent conversations. It would be reasonably safe to assume that they would not have discussed plastic. All to the good, actually, because the two leaders differ dramatically on the matter.

On Independence Day, Modi called for a mass movement against single use plastics. Trump’s election campaign, in contrast, is selling red plastic straws as campaign mementos. Anybody can buy ten straws, with the president’s name laser-inscribed on them, for $15. People apparently do: the campaign gathered half a million dollars in a week from sales. Plastic straws produced in China have been exempted from tariffs despite the raging trade war. 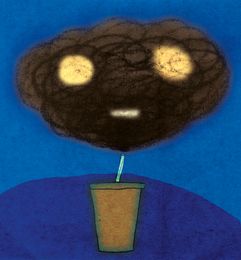 These straws are a poke in the eye for Democratic presidential candidates; “liberal straws don’t work” being the tagline. Unusually, climate change has emerged as a top-tier election issue this time, and several Democratic hopefuls have unveiled climate plans covering renewable energy, carbon sequestering, international cooperation, regulations for oil and gas pipelines and climate-oriented farmer insurance. This trend will only become stronger after the recent global protests.

Plastic waste is admittedly a small subset of the daunting climate agenda. Fossil fuels are responsible for two thirds of carbon emissions and nearly 15 per cent come from livestock. But plastic is a relatively easier target and its reduction less disruptive: we cannot all become vegan or refuse transcontinental flights, but we can always refuse a plastic bag.

And it is damaging enough. An estimated eight million tonnes of plastic enters the ocean each year; by 2050 there would be more plastic than fish in the ocean; 64 pounds of trash was found in the stomach of a sperm whale last year. The danger is replicated on land with elephants and cows filling their stomachs with packets and pouches. Plastic particles are to be found in tap water and in the atmosphere. Plastic waste gathers around us in mega hills, invading lakes and covering mountainsides. Teacups, spoons, gutka pouches, namkeen packets and soda bottles in remote places tell us that an uncaring someone has been there before.

Within this dangerous subset, the plastic straw appears a flaky lightweight. But consider for a moment that an estimated 390 million straws are used in the US alone every day. They find their way easily to the ocean and gradually break up into micro-plastics: a million sea birds and a hundred thousand marine animals die from these annually. In 2015, a disturbing video of an Olive Ridley turtle tortured by a plastic straw stuck in its nostril went viral and helped changed attitudes. The straw also seems like a good place to start the fight: it is usually dispensable. Paper straws, bamboo straws, rye grass and even uncooked pasta are substitutes being adapted now by several cities, hotels, global fast food chains and coffee conglomerates.

Those who hope to live on into this century are justifiably worried, even angry. More carbon has been put into the atmosphere since 1990 than in all history before that. Californian wildfires are stifling software geniuses in Silicon Valley; 40 per cent of Jakarta lies below sea level; peat-based Indonesian forests burn and send smog to Singapore; the Amazon is being vandalised, a century on it may be scrubland. The snows of Kilimanjaro, immortalised by Hemingway, are disappearing and precious denizens of Lake Baikal are dying. If an ice sheet breaks off from Western Antarctica into the southern Atlantic, it will make Hurricane Dorian appear like a pleasant breeze. For a cynical campaign manager, only that may be the last straw.