For your eyes only

As assessments of the Trump administration go, Sir Kim Darroch, the British ambassador to Washington DC who resigned recently, was not saying much beyond The Washington Post or The New York Times—that the Trump administration was “clumsy and inept” and the president “radiated insecurity”. Yet, his case was vastly different: He was the ambassador of a country with which the US shares a “special relationship”; he was writing a confidential dispatch about a president who tweets from the hip in response to any personal attack; and the hard-hitting dispatch leaked.

The presidential verdict on the ambassador was unforgiving—“wacky”, “very stupid,” and “a pompous fool”. It would have made no difference, except to the ambassador’s self-esteem, if British Prime Minister Boris Johnson had stood up for him unequivocally. Darroch was already toast in Washington, and would have found it impossible to transact business and host soirees for the high and mighty. 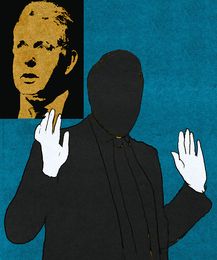 The specifics aside, the larger questions remain. How much does an ambassador report, how frankly, and how? In the old days, ambassadors were generally left to do their business, their relative autonomy underwritten by the title of “plenipotentiary”. Reporting was occasional. In the 18th century, president Thomas Jefferson could lament to his secretary of state that they had not heard from their ambassador to Spain in two years. “If we do not hear from him this year,” he said, “let us write him a letter.” The advent of the telegram in the 1860s changed all that. Foreign offices could demand more regular reporting and send instructions to rein in free-wheeling ambassadors. The encrypted cable phased out the diplomatic dispatch, at times hand-written for extra secrecy, double-enveloped, sealed under wax and sent by pouch.

Cables get wider distribution than letters, sometimes even beyond the foreign ministry, often due to the sender’s eagerness to spread his brilliance further. Wider distribution can lead to more tongues wagging; easier means of copying documents add to the problem. Leaks are as old as diplomatic correspondence, as are the motivations—to settle a personal score, to kill a proposal or stymie an approach. Cables are also resorted to when diplomats disagree fundamentally with policy and want to remain on the right side of history. The 1971 cables of American consul general Archer Blood from Dhaka detailing the slaughter of Bengalis by the Pakistan Army, including one titled ‘Selective Genocide’, were meant to rouse Washington’s slumbering conscience. These were duly leaked to The New York Times and to senator Edward Kennedy, providing him ammunition against president Richard Nixon. The climax was the trenchantly denunciatory Blood Telegram of April 6, 1971, also signed by 20 other diplomats and sent with deliberately low classification. The US secretary of state William P. Rogers wrote to Henry Kissinger—then head of National Security Council—that not only had the diplomats “bitched about our policies” but also given the cable “lots of distribution, so it will probably leak”. Blood was soon recalled.

Given the likelihood of leaks, seasoned diplomats try to balance the twin imperatives of reporting the unvarnished truth with the need to protect their backs. If something is really sensitive, the ambassador would rather convey it in person to his political masters and not cable it. What may have passed off as an entertaining personal briefing to Whitehall by the British ambassador became dynamite when put on paper, circulated and leaked. His sprawling Georgian residence in Washington must now await a new occupant. Incidentally, with its regal colonnades and sweeping staircases, the residence reveals glimpses of Rashtrapati Bhavan. Not surprising, since it is the only building in North America designed by Sir Edwin Lutyens.