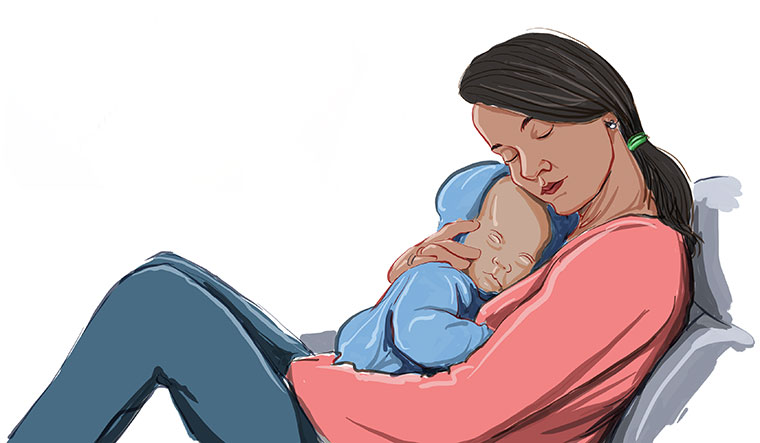 WHEN I HAD just given birth to my daughter, I was constantly told to stay away from the kitchen or at least the gas burner for it was feared that the flame from it could dry up my milk supply.

I found this rule cumbersome. Living in a nuclear family, I could not stay away from the kitchen and, more important, I was constantly worried if I would run out of milk for my baby. But to my delight and relief, I didn’t!

It made me wonder about the basis of this rule of keeping a new mother out of the kitchen for the first 40 days or so.

I learnt that in most Indian homes, a new mother is discouraged from cooking and even entering the kitchen for the first 40 days after delivery. The reasons are varying in different households.

In the more traditional ones, the mother and child are viewed as requiring a process of purification or cleansing upon the completion of 40 days. Ablutions are performed after which a mother resumes her duties and interaction with the family.

Others persist with the practice out of fear that the heat from fire can in fact affect the lactation cycle of a mother. And, in still other homes, this practice is continued as it allows a new mother to recuperate from birthing and bond with her baby while being relieved of kitchen responsibilities.

In olden times, this rule must have come into place to prevent mishaps to the sleep-deprived, exhausted mother when cooking over large, open fires was the norm. The 40-day break from cooking allowed a mother the time to focus on her newborn.

Perhaps the fixing of 40 or 45 days may have to do with the fact that lochia—bleeding and spotting resulting from a vaginal delivery—stops in most women by the end of six weeks (42 days).

* In many homes in Kashmir, a new mother is given her first bath only upon the completion of 40 days. This bath is scented with special herbs and flowers handpicked from the valley to both nourish and relax the weakened body of the new mother. In local markets, this heady mix of flowers and spices and herbs is referred to as tchran masala (blend for a bath). This spa-like treatment is still carried out in some homes, but upon the completion of the fourth or fifth day from birthing itself.

Next issue: Giving gold to newborns