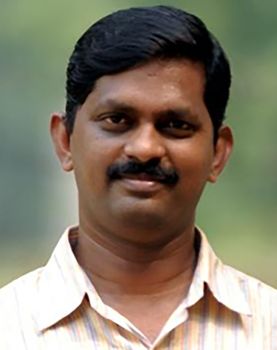 The GDP growth of 8.2 per cent in the first quarter of the current financial year has created high expectations about the Indian economy. Many analysts have upgraded the GDP growth projections for the year with a median growth of 7.5 per cent. How realistic is that optimism?

After a slowdown for quite some time, there is a clear recovery in the economic activity. But, one also needs to understand that the first quarter GDP growth was on the back of a low base. For instance, the growth of manufacturing sector has increased from -1.8 per cent in 2017-18 to 13.5 per cent in the current year. Similarly, construction sector, which collapsed because of demonetisation, has also revived from 1.8 per cent to 8.7 per cent. However, the recent developments in the global economy as well as in the domestic policies do not suggest such high optimism on the economy.

There are indications that global trade is dwindling, and commodity prices are firming up. These developments do have significant impacts on India, both through trade and finance channels. Added to these external risks, the sharp depreciation of exchange rate, which is currently at a historically low (72.87 rupees for a dollar on September 12), could also pose serious challenge to India’s macro economy.

While theoretically depreciation in exchange rate should encourage exports and discourage imports, the recent empirical analyses do not confirm this. In fact, it seems to have an asymmetric impact on exports and imports. In other words, depreciating currency neither results in higher exports nor discourages imports as India’s import basket is largely essential goods needed for growth expansion. In such a situation, depreciation could potentially lead to widening the current account deficit (CAD). The initial indications suggest that India’s CAD could cross 3 per cent given the rupee depreciation and high oil prices, which, in my view, is unsustainable and needs to be contained—even at the cost of growth.

Many studies have shown that India could sustain a CAD of about 2.5 per cent. Anything above this level could pose financing problems, especially when there are tight liquidity conditions in the global level. There are also downside risks to growth from our domestic policies. The proposal to increase the minimum support prices, two interest rate hikes and tightening of fiscal deficits could create short-term demand side pressures. As the monetary policy committee is expected to increase the interest rates further (mostly due to open-economy macro pressures), aggregate demand could come down further in the current year.

Given these issues, it is baffling to learn that the analysts still predict a very optimistic growth of about 7.5 per cent, but are not really sure what could be the impact of a wider CAD and higher inflation. In my view, given the trade conditions, exchange rate depreciation and international oil prices conditions, such high growth is possible only if India is ready to run a CAD of 3.5 per cent with inflation above 5 per cent. However, since both are unsustainable, any reduction in CAD and inflation would be possible only through a compromise on growth.

A realistic GDP growth projection in such a situation could be a little lower than 7 per cent. This lower rate could ensure CAD of 2.5 per cent and maintain inflation below the 5 per cent mark.

The writer is professor of macroeconomics at the National Institute of Public Finance Policy, Delhi.