Why mammograms are safe 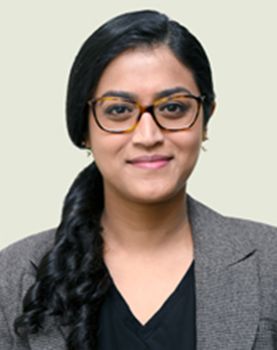 The origins of mammograms can be traced back to 1913. X-rays were discovered 18 years earlier. Albert Salomon studied the correlation of known cancerous tissue of the breast specimens to radiographs taken of the same breast and concluded that X-rays of breast specimens gave a demonstrable overview of the form and spread of cancerous tumours.

More than 100 years on, the foundations laid by him assist in the early detection of breast cancer, which is today the most common cancer in women, and the leading cause of cancer-related deaths in developing countries.

With a massive rise in incidences, one would assume that mammograms are high on priority for women. Unfortunately, there are myths that confuse and even deter women from undergoing mammograms.

Myth 1: I don’t need a mammogram if I don’t have any breast complaints.

Fact: Mammograms are not just for women who are already diagnosed with breast cancer. It is, in fact, the only proven screening test capable of detecting the earliest signs of breast cancer for those yet to show common symptoms.

A mammogram is recommended for women between the ages of 40 and 75, as this group has the highest incidence of developing breast cancer. Early detection could lead to positive treatment outcomes.

Myth: I cannot get a mammogram done during my periods.

Fact: It is safest to have a mammogram done within the first two weeks of your period, as a woman is least likely to be pregnant then. A mammogram also causes the least discomfort during this time as the breasts are less engorged and less tender.

Fact: Breast density is the ratio of fat to tissue and differs in every woman. Denser breasts contain more glandular and fibrous tissues than fatty tissue, a pattern seen in young women. With age, breasts are likely to get less dense. Women with denser breasts have slightly increased chances of developing breast cancer. Also, the diagnosis and examination of a dense breast is challenging because a normal dense breast and and one with cancer appear similar in a mammogram. A mammogram screening is also able to assess the density of the breasts and recommend additional 3D mammogram or ultrasounds to improve sensitivity of the screening test and trace malignant strains as early as possible.

Fact: The benefits of a mammogram far outweigh any negatives associated with exposure to low levels of radiation during a mammogram. In fact, this radiation exposure is comparable to natural background radiation from cosmic rays that one would receive during an international flight.

The mammogram machines of today use minimal doses of radiation (0.4mSv) that have little to no effect on the individual. Discomfort can also be reduced by abstaining from caffeinated beverages two to three days prior to the mammogram.

Early detection of cancer goes a long way in contributing to a successful recovery and a timely mammogram is one of the best tools that aid in doing so.